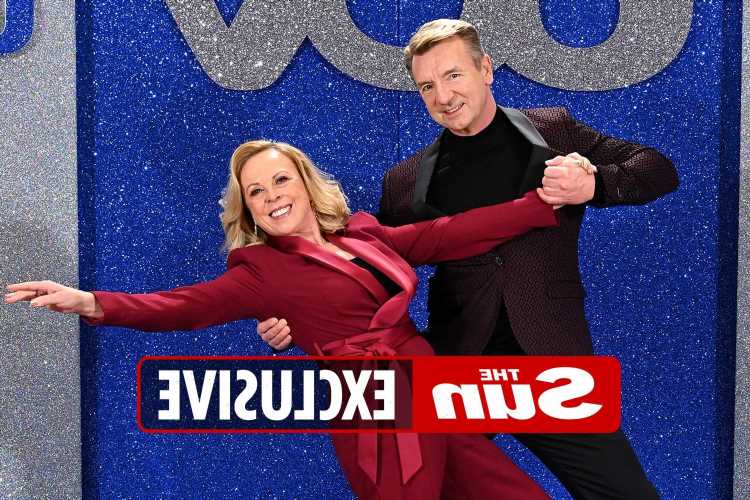 DANCING On Ice is one of the most dangerous shows on TV, with the last series being the most disaster-prone yet.

But legendary skaters Jayne Torvill and Christopher Dean plan to push the envelope even further on the next series. 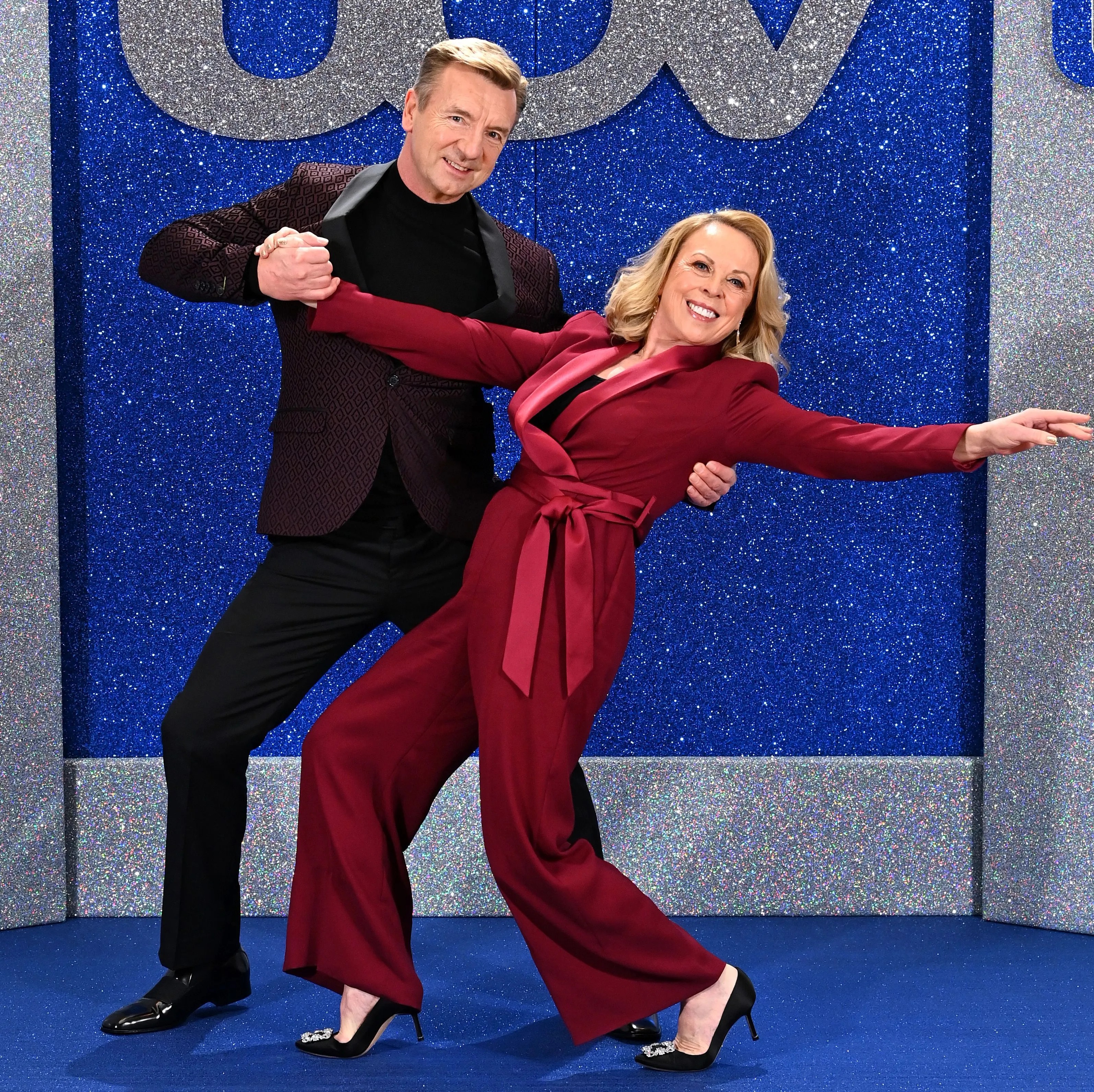 In a world first, the duo will dance live with a drone.

Chris said: “We’re going to be doing a live dance with a drone so there are three people in this relationship now; Jayne, myself and Andy who’s joined the team. He’s a drone operator.

“It’s one of those drones where he’s following us and it’s buzzing around and going underneath.”

Their dance isn’t the only epic skating viewers can expect, as Phillip Schofield says the celebrities look to be the best bunch they’ve ever had.

He said: “We always say this year really is the best year, the standard’s incredible.” Jayne added: “The standard of the majority is much higher than in other shows. I don’t think we know who will win – there’s not just one or two contenders this year.”

Dancing On Ice returns next month. 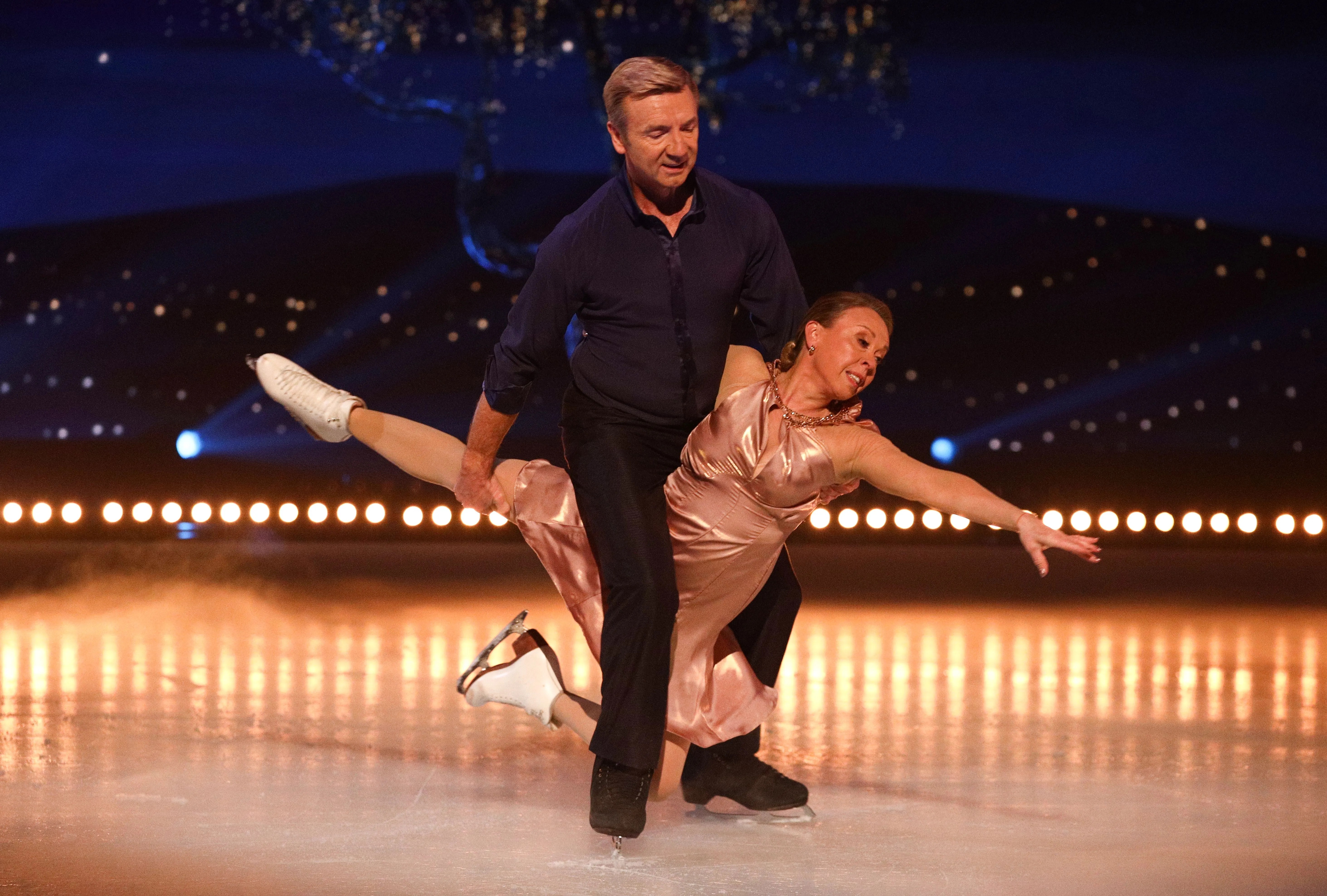 HE already strikes the fear of God into candidates with a withering look or a witty one-liner – now Lord Sugar is shooting lasers from his fingers.

Or at least the android version of Lord Sugar does when it appears in the trailer for the new series of The Apprentice. 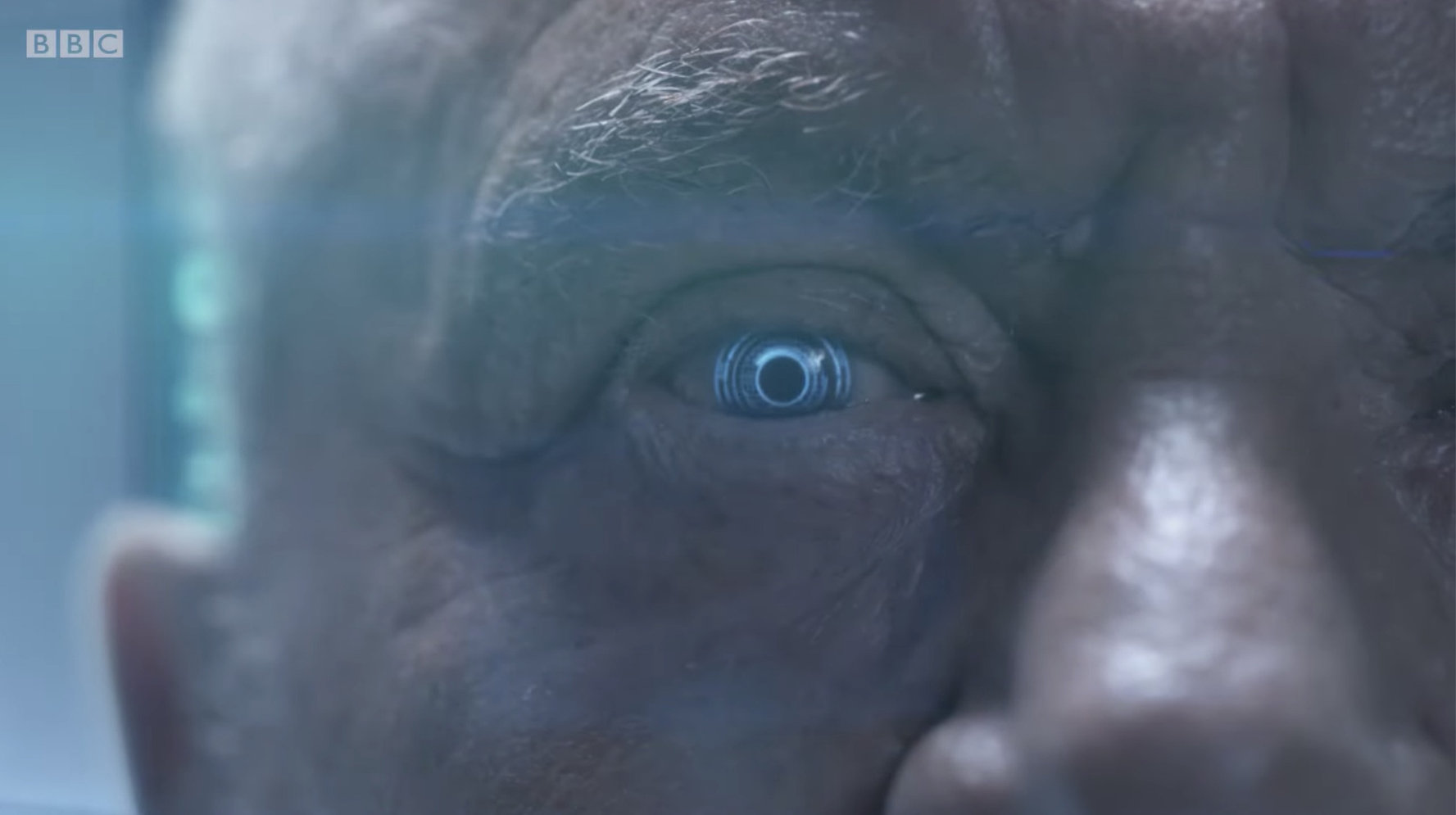 The teaser for the BBC1 show, which returns to our screens next month, also sees his companion Karren Brady and new boy Tim Campbell appear as robots with eerie blue eyes.

I think someone at the BBC must have been watching The Terminator movies during lockdown . . .

HE’S hosted Dancing On Ice for years but ITV were sure to keep PHILLIP SCHOFIELD off the rink.

Ahead of the next series in January, he said: “When we first started, I borrowed skates and thought ‘I’m going to learn’. But the suits said, ‘You’re not insured, you can’t’.”

HE runs Channel 4’s First Dates restaurant and even takes a battering in the boxing ring now and again. But Fred Sirieix had to pluck up a fair bit of courage to sign up for this year’s Strictly Christmas Special.

On tonight’s Russell Howard Hour on Sky Max, he reveals his daughter, Olympian Andrea Spendolini-Sirieix, inspired him to sign up for the BBC dance contest.

Fred said: “They called me and I was like: ‘Oh my God, I’m so scared!’ My ticker was like ‘Ding ding ding ding!’ and I thought to myself: ‘I’ve got to do it.’ My daughter is an Olympian.

"It’s all about a level of consistency and all the conversations I’ve had with my daughter about her diving. I was thinking: ‘I’m the dad, if I’m telling her that and I can’t pull it off myself, what a mug I am’.”

JASON: MY STAR IS RISING

IT was the Saturday night karaoke show where normal people became chart megastars for the night.

But Jason Manford reckons Stars In Their Eyes now feels too basic to compete with today’s glitzy Saturday night shows – and reckons his new show Starstruck fills the gap. 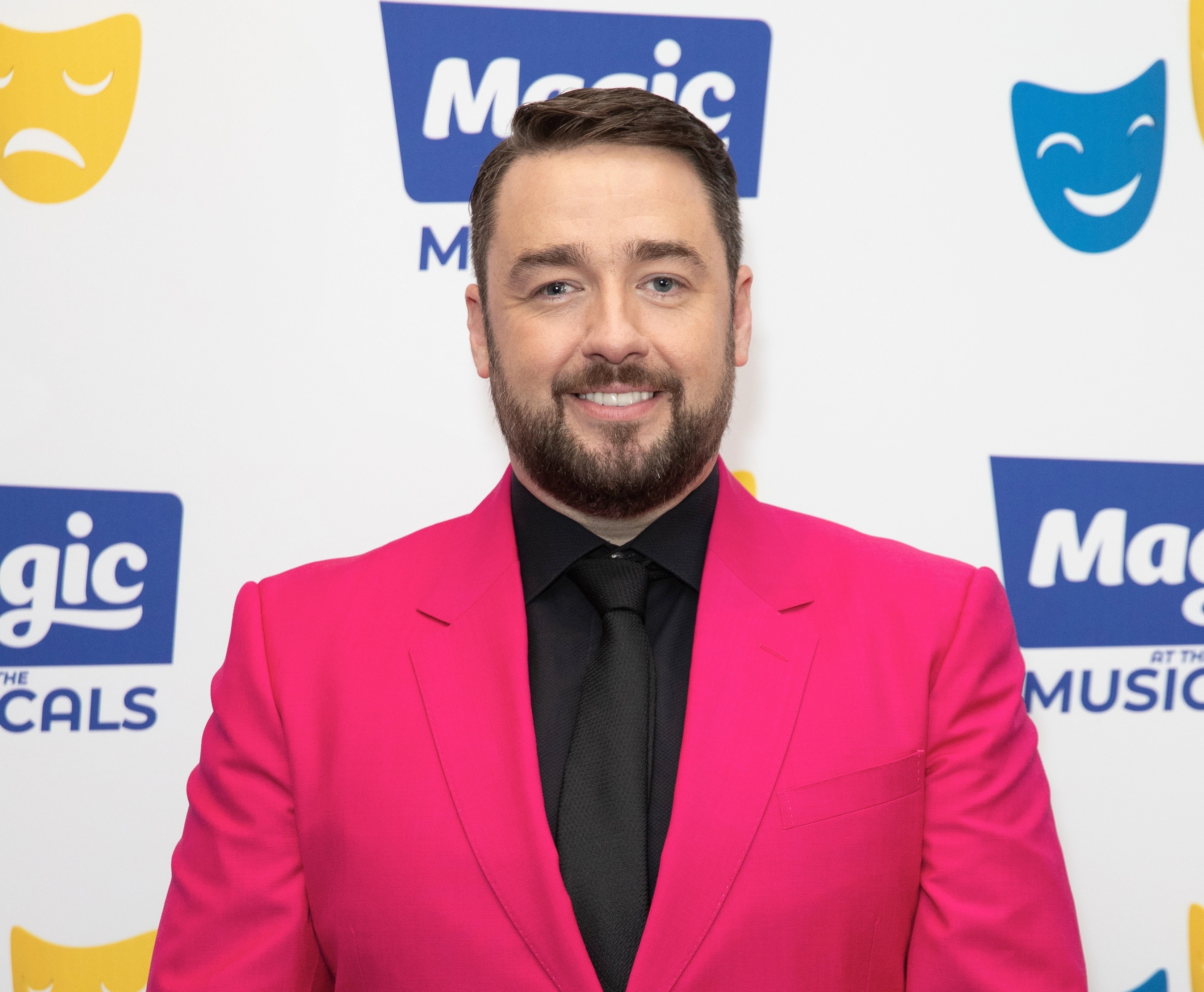 The comedian said: “You couldn’t actually go back to Stars In Their Eyes, that sort of basic version.

"Shows like The Masked Singer have thrown so much at it that people are going ‘right, that’s what Saturday night is now’, so to do anything less than that is not viable. With this we have pyrotechnics, band, dancers.”

Starstruck pits three performers against each other to all impersonate the same star in one huge performance. The opening episode sees acts take on Freddie Mercury and Lady Gaga.

Co-star Olly Murs said he found it odd when three fellas appeared as him. The show host said: “I thought, ‘do I really dance like that, is this how I made my career?’”

He believes his job as a stand-up helps him sharpen his wits.

Jimmy said: “I’m used to being on stage and having to remember someone’s name from 15 minutes ago so I can do a call-back to that guy on stage, so my memory’s not bad.

JOHN BISHOP will launch his own chat show on ITV next month – and he was inspired by JOEL DOMMETT’s work on The Masked Singer.

John said: “There’s an element of the show that I wouldn’t have thought of before. Joel threw to scenes of people sat at home and it made me review what this show would be like.

Kerri Medders To Lead Next ‘Bring It On’ Franchise Film ‘Bring It On: Cheer Or Die’
Recent Posts