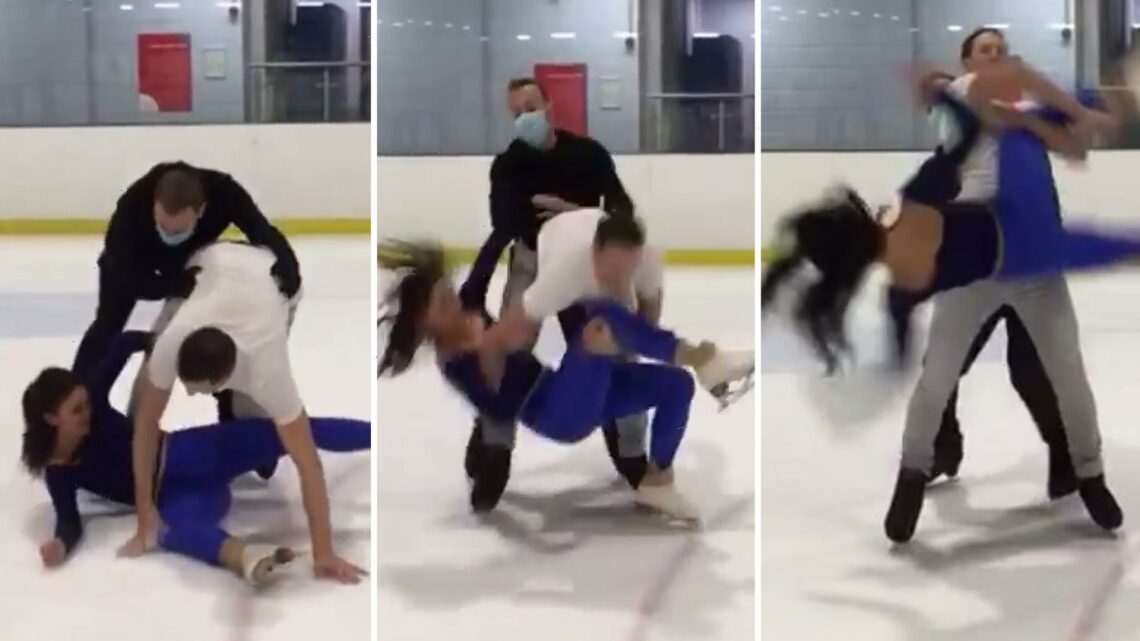 DANCING On Ice star Brendan Cole and his pro partner Vanessa Bauer slammed into the ice as they took a nasty tumble during practise yesterday.

Former Strictly pro Brendan, 45, was attempting to lift Vanessa,24, but lost his footing and she went crashing down. 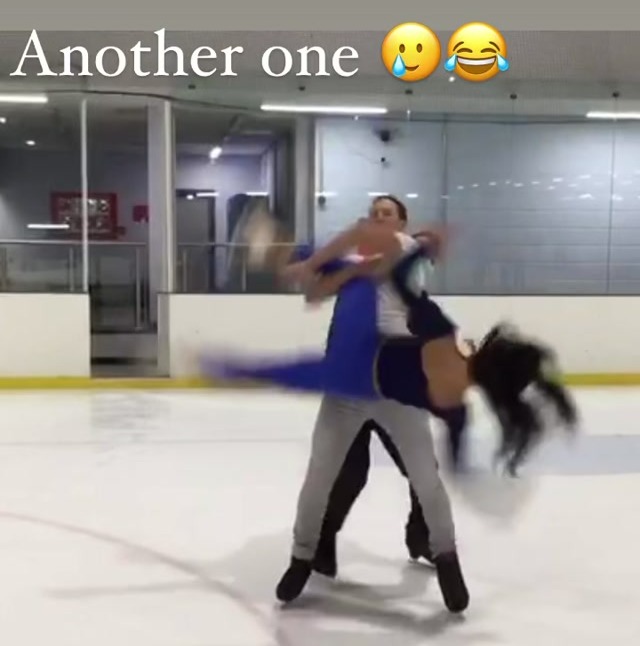 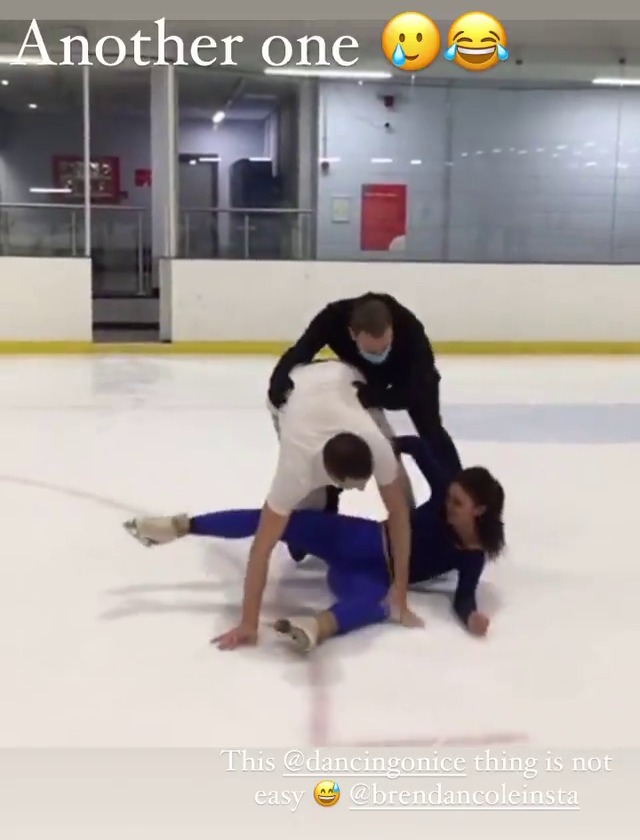 Fortunately there was someone else on hand to lessen the impact and the pair managed to escape mostly unscathed.

Vanessa shared the clip and wrote: “Another one”, suggesting they had suffered a fair few falls.

She added: “This Dancing On Ice thing is not easy!”

The pro skater had set her sights on skating with either contestants Regan Gascoigne or The Vamps' Connor Ball, before it was announced she would be with Brendan.

She sent them both flirty welcome messages when the line-up was announced.

The glamorous pro skater posted a heart-eye emoji on Regan's social media and wrote: "Yay, can't wait to see you on the ice."

She then sent the same message to Connor.

The unveiling of Brendan was met with silence, but he has insisted he's got a "massive advantage" over rivals with his Strictly dance skills.

The star, who was a pro dancer on the BBC One show from 2004 to 2018, thinks that his dancing background will help him win the competition.

Brendan confessed: "Yes I have an advantage, I’ll hopefully pick up choreography quite easily.

"There’ll be certain things I won’t have to think about working on in the week, because hopefully they will be naturally there…

"But I like to think, as I did with Strictly, you start in a certain place and it’s not where you finish, it’s about where you start and your progression.”

He might pick up the choreography quickly but he’s clearly not mastered the lifts yet. 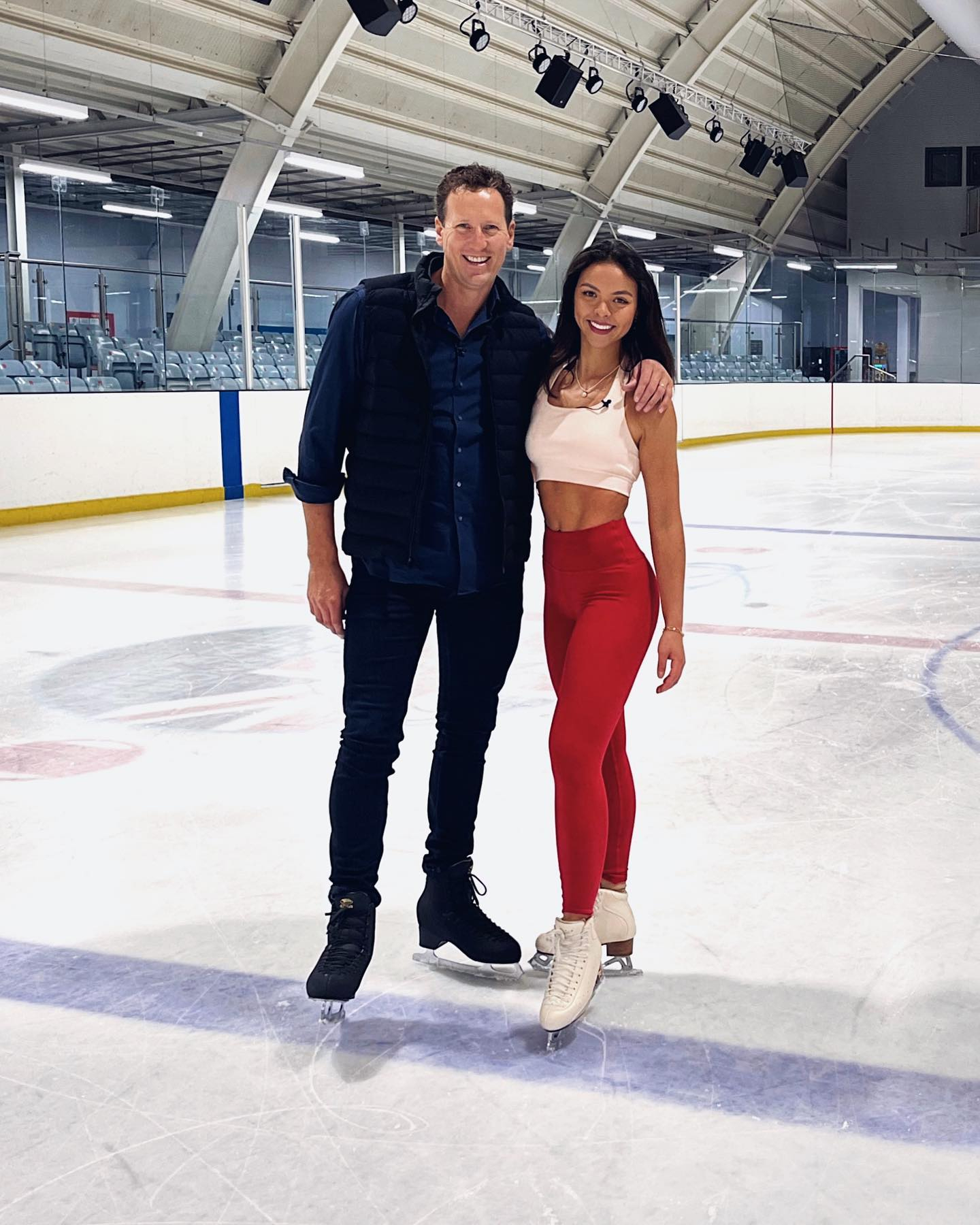