Home » TV and Movies » 'Dancing With the Stars': Who Went Home in the Week 2 Elimination? 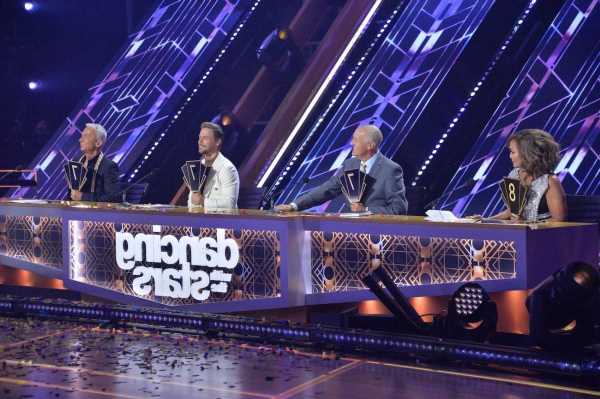 'Dancing With the Stars': Who Went Home in the Week 2 Elimination?

The first elimination of Dancing With the Stars Season 30 is here. Find out which celebrity was sent home during the week 2 elimination. Plus, what Cheryl Burke’s positive diagnosis for the coronavirus (COVID-19) means for the rest of DWTS season 30.

During the Sept. 20 premiere of Dancing With the Stars Season 30, there was no elimination. All 15 couples returned to perform in week 2. Voting remained open until 5 AM EST on Sept. 21, giving fans plenty of time to get their votes in on multiple platforms.

Since Len Goodman is back this season, scores are out of 40 points instead of the usual 30. Here are the scores from the first week of DWTS Season 30:

Burke and her Peloton star partner were supposed to perform a Salsa to “Don’t Go Yet” by Camila Cabello in week 2. But on Sunday, Sept. 27, Burke shared some devastating news with fans.

“I’m fully vaccinated and I could still have gotten COVID,” Burke says in her Instagram video. At the time, she was on her way to get tested for coronavirus (COVID-19).

Ultimately, Burke tested positive. Now, she feels bad for her partner. “I feel like I’m letting [Cody] down,” she continues in the video. “I just hope I didn’t spread it.”

Rigsby wasn’t in the ballroom during week 2. But he and Burke aren’t eliminated from the competition. According to the rules, scoring for Rigsby and Burke can be based on their recorded rehearsal. The duo joined the ballroom virtually to receive their score of 24 from the judges.

Kove and Stewart received a score of 15 for their week 2 Cha-Cha to “Twist & Shout” by The Isley Brothers. Their total score for both weeks was 28.

This season, the judges are once again choosing which couple they want to save. Chiu and Pashkov were in the bottom two, but the judges ultimately decided to save them.

‘Dancing With the Stars’ dances, songs, and scores for week 2

Amanda Kloots and Alan Bersten received the highest of the night with a 32 for their Foxtrot. The duo danced to “It Had to Be You” by Ray Chew Live! Here are the rest of the scores from week 2 of DWTS:

Dancing With the Stars airs Monday nights at 8 PM EST on ABC.