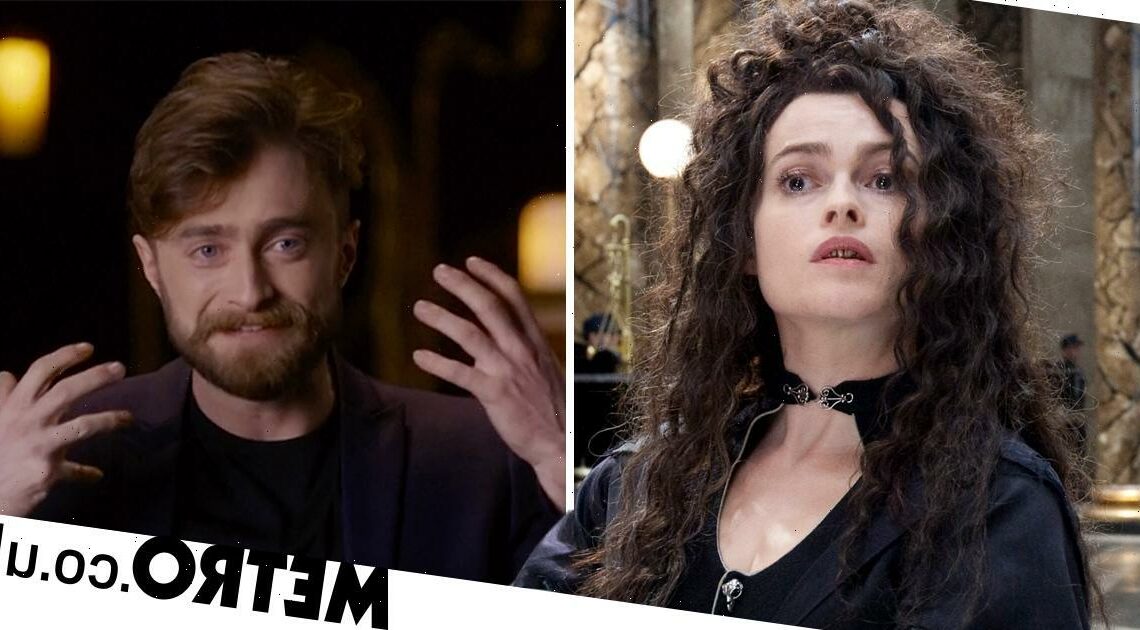 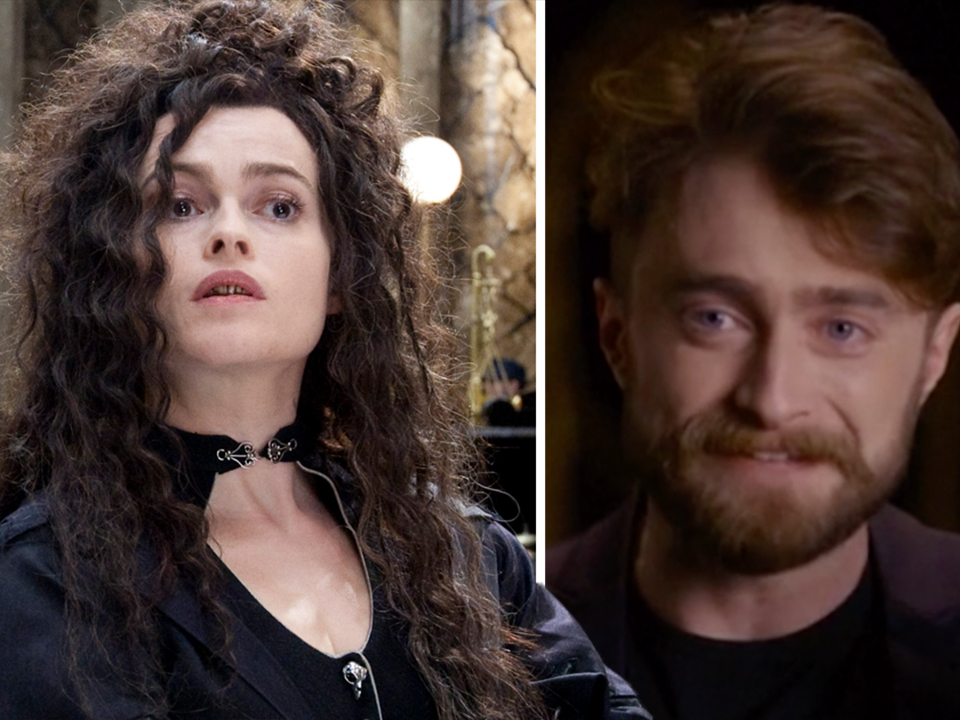 During the highly-anticipated Harry Potter Reunion, Return to Hogwarts, Daniel Radcliffe revealed he had secret crush on one of his co-stars – Helena Bonham Carter.

Return to Hogwarts sees Daniel reunited with the Harry Potter cast, including Emma Watson and Rupert Grint, leaving no stone unturned as they reflect on their teenage years, navigating through the most extraordinary life in front of the world.

And Daniel admitted he had a soft spot for Voldemort’s evil lieutenant Bellatrix Lestrange, and even sent Helena a note confessing his love once filming had wrapped on the decade-long franchise in 2011.

Reading his love letter, he said: ‘Dear HBC, it was a pleasure being your co-star and coaster in the fact I always ended up holding your coffee.

‘I do love you and I wish I’d just been born 10 years earlier so I might’ve been in with a chance.’

However, Daniel wasn’t the only Harry Potter actor to reveal their romantic feelings for another co-star as Emma Watson candidly revealed the moment she ‘fell in love’ with Tom Felton, who starred as the sinister Draco Malfoy.

Emma and Tom have remained famously close since leaving Hogwarts behind, but the Hermione Granger actress stressed nothing ever happened, even if she wanted it to.

‘I walked into the room where we were having tutoring. The assignment that had been given was to draw what you thought God looked like, and Tom had drawn a girl with a backward cap on a skateboard,’ she recalled.

‘He was three years above me and so for him he was like: “you’re like my little sister”.’

Tom was aware of his secret admirer, though, and remembered: ‘I think I was in the hair and make-up chair and someone said something along the lines of, “Yeah, she had a crush on you.”

‘I became very protective over her. Yeah, I’ve always had a soft spot for her and that continues to this day. There’s always been something that’s like, I don’t know, a kinship.’