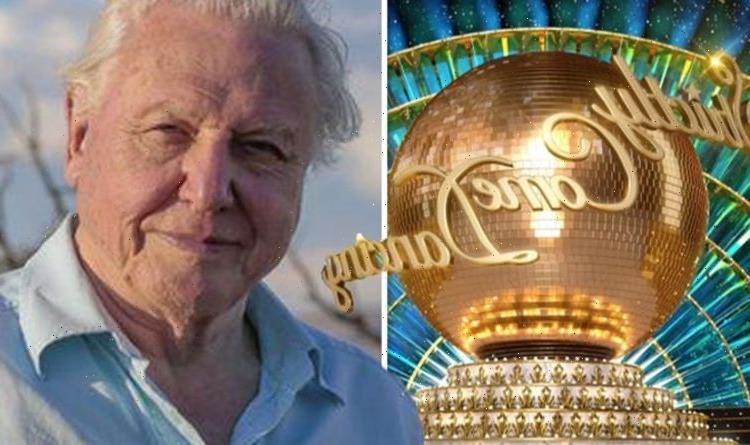 David Attenborough is a national treasure and BBC viewers eagerly await news about his newest documentary as soon as the latest one has aired. However, could the broadcaster be announced as an unexpected Strictly Come Dancing contestant? Ballroom and Latin dancer Luba Mushtuk has revealed she’d loved to see the documentarist on the dance floor.

In an exclusive interview with Express.co.uk, Luba was asked to comment on changes that were made to the 2020 series.

An alleged “age ban” was implemented last year as bosses were keen to protect vulnerable groups amid the coronavirus pandemic.

Earlier this year, a source reported Strictly bosses were looking to lift this ban for the 2021 series.

On whether she would like to see older contestants take part, Luba revealed her hopes to see David take to the dance floor.

Read more: Shirley Ballas warned Strictly cast to not comment on her appearance

“Why not?” Luba noted. “Dancing is for everyone, it doesn’t matter about age.

“I would love to see David Attenborough coming in, that would be great.”

Luba continued: “I would love to [dance with him] his voice is the most beautiful voice on the planet for me.”

Will Strictly fans be treated to a last-minute sign up by the BBC icon?

However, the documentarist is not the only BBC star Luba thinks should sign up.

“I would like to see Michael McIntyre doing the show because I think it will be very entertaining and very fun,” Luba added.

Meanwhile, the professional dancer addressed Strictly going ahead last year despite the pandemic.

“I think that we all were extremely grateful to have any sort of possibility to still do the show,” she said.

Luba praised the production team for keeping everyone safe and making sure the show could happen.

BBC bosses have confirmed the upcoming series will be following in the footsteps of last year and not heading to Blackpool.

Discussing the impact this change had on the 2020 series, Luba said: “I think that the nation, really needed us to do the show.

“I’ve been to Blackpool since I think I was probably 10, the first time I went there for a competition.

“So Blackpool has always been a part of my career and of my life, I love going there.

“The atmosphere in the tower ballroom is always magical, it’s just something that you can describe.”

Strictly Come Dancing will return to BBC One later this year.