Home » TV and Movies » Decades Ago, 'MASH' Fought for the Soul of America – Its Battle Continues Today

Decades Ago, 'MASH' Fought for the Soul of America – Its Battle Continues Today

(Welcome to The Soapbox, the space where we get loud, feisty, political, and opinionated about anything and everything.)

Hearing the gentle opening notes of Johnny Mandel’s folk anthem “Suicide is Painless” transports a person back to the Korean War and the combat medics of the 4077th.

As the pandemic crushes spirits and keeps people home longer and longer thanks to the bungled response of our elected leaders, I sought somewhere—anywhere—to be. And the place I landed was M*A*S*H. The show has been part of the cultural consciousness for so long, its ubiquity is taken for granted. I know I took it for granted, at least. It was just always around. I’d watched episodes as a child with my grandfather, who watched it whenever it was on TV. By the time I was aware of it, it was long over, but the reruns are still going strong.

It felt like a comfortable place to revisit chronologically, with the eyes of an adult and the discerning gaze of a critic. And what I found was more incredible than I remembered.

M*A*S*H began its life as a novel, an absurdist memoir of a combat surgeon forced to cope on the frontlines. There was nothing inherently anti-war about the book. It was later reported that the author, Richard Hornberger, writing as Richard Hooker, did not appreciate the progressive commentary that made the adaptations of his work so daring for their time.

For its part, the television show is blatantly anti-war. The 1970 Robert Altman film is more nihilistic in its approach, commenting little about the idea of war and instead playing into the absurd comedy of the situations in a subdued fashion.

In every iteration of M*A*S*H, we’re introduced to a man named Hawkeye Pierce. A surgeon and a drunk. A womanizer. And someone who cares about saving people’s lives. That’s about where the similarities end and the Hawkeye of the television series, played by Alan Alda, becomes the beating heart of the show and its message.

The first thing I noticed about M*A*S*H’s television iteration when I revisited it as an adult was how surprised I was by the sharp writing and it’s incredibly progressive stances.

Larry Gelbart, the man who developed M*A*S*H for television, honed in on the things that made Robert Altman’s film work and turned them up to eleven. One of those things was the social commentary. Another was the relentless march of casualties entering the camp. In the film, the surgery scenes are few compared to the rest of the running time. We might have spent as much time on a football field as the OR in the movie. But Gelbart guided us into surgery and allowed the doctors to show their true colors.

Social issues always took a front seat on the show for its duration. I lost count of the episodes where Hawkeye Pierce visibly shudders when another character uses a racial slur. He always takes the time to correct these people, confidently and matter-of-factly. These are people, not the slurs meant to degrade them. He models the behavior we should all have when calling out racism and bigotry.

Sometimes the surgeons of the 4077th are on the wrong side of history, too. For all of its progress in some areas, the blatant sexism on the show drags it down at times. Margaret Houlihan is referred to as “Hot Lips” excessively, especially early in the show, and her treatment as head nurse is usually the butt of a joke. To the credit of the show and to Loretta Switt who played Margaret, they were able to let her stand her ground and grow into a woman who was strong on her own rather than creating punchlines at her expense. She became less and less defined by the man she was with, whether that was Frank Burns or Donald Penobscott, and became defined by her own interests and aspirations.

But they also had the forethought to have the characters go too far in their quest to save lives. One specific episode comes to mind where Hawkeye opts to perform an unnecessary surgery on a commanding officer to keep him from mounting a suicide charge and risk the lives of his soldiers. Is it hypocritical of Hawkeye to fail his Hippocratic oath to do no harm by removing a healthy appendix if that saves lives? He can save the lives of the soldiers from the sausage grinder with one simple action. Was he wrong? We’re left to decide for ourselves.

The show asked difficult questions and successfully blended the comedy and the drama into one seamless, bittersweet and maudlin package. It set the pattern for what a mix of drama and comedy on television could be.

With a one-camera set up, they were able to capture M*A*S*H like a film and were free of the locked-down nature of a three-camera sitcom. The one downside of the show is the producers weren’t able to escape the dreaded laugh track and, if you’re in the United States, it still appears on Hulu. If someone from Hulu is reading, please give us the non-laugh track versions of the show they used in the UK, who rejected the offensive laugh track out of hand.

The show also broke ground with episodes that look brilliant in retrospect and are so well-copied that we think nothing of them anymore. Killing Col. Henry Blake (MacLean Stevenson) after he’d been sent home, was a masterstroke. In the rightfully famous episode, Radar O’Reilly (Gary Burghoff) comes in and somberly lets the doctors of the OR know the news, devastating both Blake’s friends and the audience as well.

Another landmark episode was “The Interview,” the last that Gelbart delivered before moving on to other things. In it, they had the cast interview with a real news reporter in-character. The mix of sharp scripted responses and improv created one of the most compelling half-hours of television I’ve ever seen.

These episodes set the template of how you could stretch the narrative of a television show and we now see these stretches all the time. There’s a lot left to study about M*A*S*H and we’ll be seeing shows emulating it for the foreseeable future.

One aspect of the show that feels relevant today is Frank Burns (Larry Linville). Burns is a flag-waving buffoon of the highest order. He is a dyed-in-the-wool conservative and hates everything about the progress made by Franklin Roosevelt. He treats the locals in Korea as though they’re animals and he believes whole-heartedly in the war and the American correctness of it all. He paints himself as a true patriot and feels like a completely relevant caricature of the jingoistic Trump supporters we see in our world today. Like Burns, they would rather wave flags and proclaim their own importance than have an ounce of empathy or learn what the right thing to do might be. Burns is an authoritarian, and we see the dangers of letting an authoritarian get command every time Burns is left in charge of the camp.

It wasn’t that M*A*S*H was somehow more prescient, but it was better at reading the room. Those authoritarian and jingoistic impulses lead to fascism. They always have. They are currently. It never ends well. Revisiting the series and seeing Burns brilliantly played as a complete buffoon no one takes seriously was a perfect antidote to the things I still see on the news today.

Hawkweye Pierce, played brilliantly by Alan Alda, is the beating heart of the show and its most important moral compass. His compassion and righteous fury added as much drama as the alleged comedy could bear. Alda threads the needle between the poles of comedy and drama, giving the show a gravitas that could sneak up on you if you weren’t careful.

Alda was the mouthpiece for the progressive vision of the show, and he found that important before he even agreed to take the part. In an interview with Forbes in 2013, he said that his “heart was always against any war,” and explained that the only way M*A*S*H “could make a point about war was to be truthful about the Korean War.” And truthful they were.

For 11 years as the show ran, they told many pointed stories about the war. When the show started, the United States was embroiled in Vietnam, and having such popular anti-war programming about a war couldn’t have hurt the case for peace in that conflict.

For Alda’s part, he never stopped being a moral compass for us, the impassioned viewer. It’s no surprise that Alan Alda ended up becoming a creative consultant on the show and won Emmys for writing and directing as well as acting. He inhabited the role and brought those lessons to the world for the 11 years M*A*S*H was on the air.

Even still, he persists.

“Almost 63 million people voted for Donald Trump in 2016, but in 1983, more than 106 million people watched the last episode of M*A*S*H. So, it seems that by this president’s standard, I’m a bigger deal than he is,” Alda wrote in the Washington Post last month. He brought back the voice of the show and the morals it espoused to plead with the world to vote against Donald Trump.

Back to the Swamp

If episodes of M*A*S*H were to air today, no doubt the network would be getting letters from angry Trump supporters asking why they allowed snowflakes and SJWs to be put in charge of a show set during the Korean War that featured soldiers and doctors and combat. They wouldn’t like having a finger wagged in their face about how wrong the concept of war was. And they certainly wouldn’t like the sacred lambs of capitalism and war profiteering and geopolitics being made the butt of jokes. And they would absolutely not love to see themselves represented by characters like Frank Burns and Charles Emerson Winchester III (David Ogden Stiers), as they were usually the butt of the joke, too.

But those worldviews are jokes. And M*A*S*H showed us how to laugh at them.

Go back and revisit the series. It’s streaming on Hulu. You’ll find it relevant, hilarious, and heartbreaking in equal measure. It’s just what the surgeon who sounds like Groucho Marx ordered. 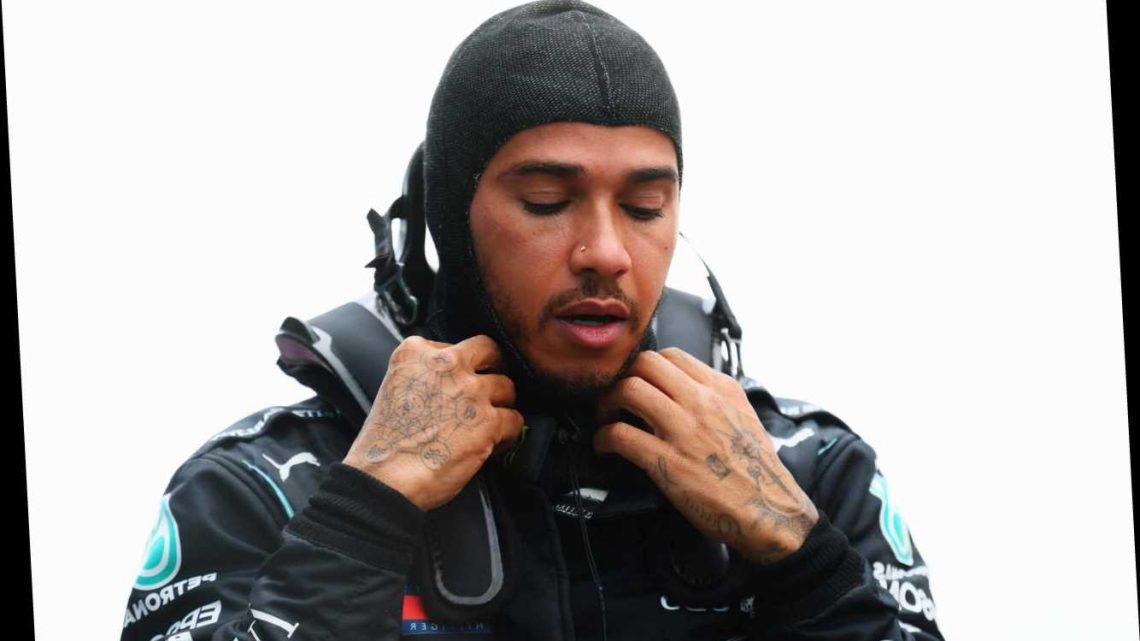 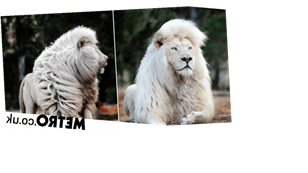 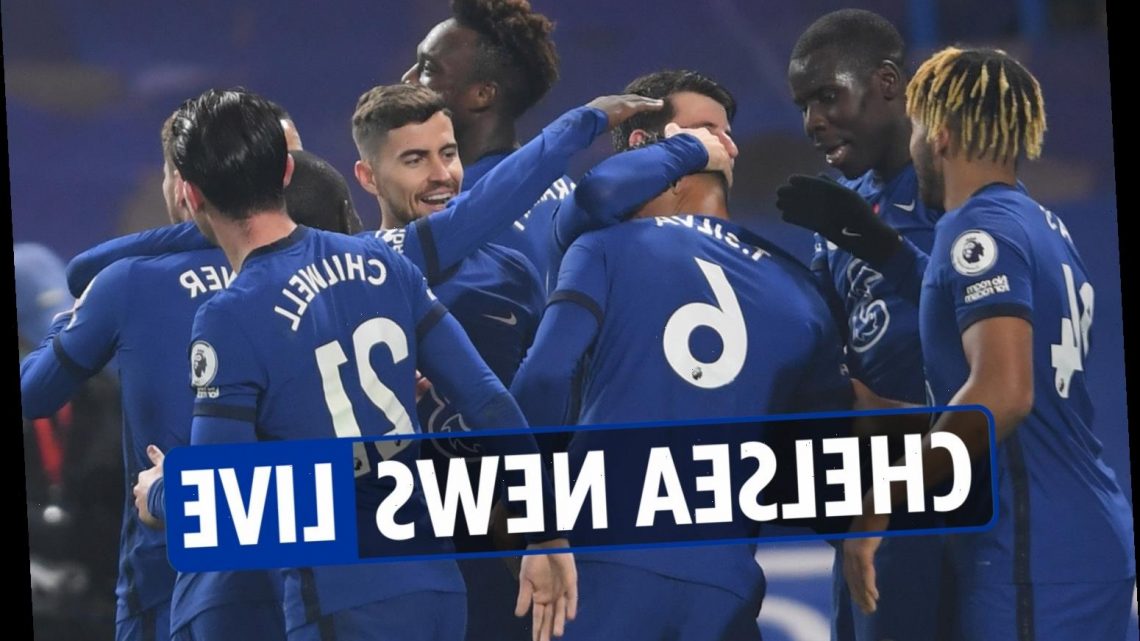