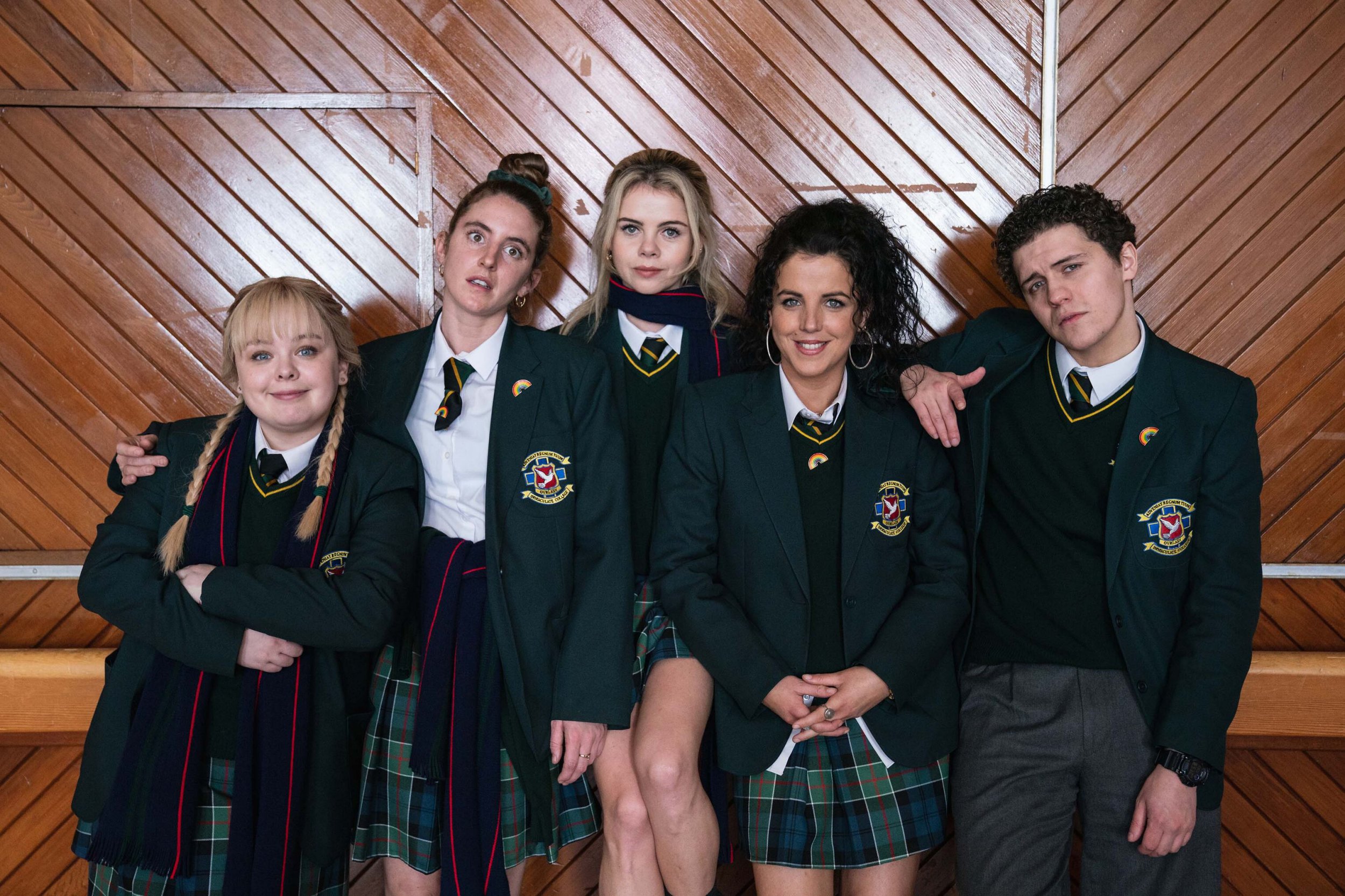 The normal series of Derry Girls is over, and what a way to end it.

After six episodes featuring brilliant cameos, nods to Father Ted, an actual romantic scene and more belly laughs than you could count, series three is at its end.

Series three – and Derry Girls as a whole – will come to an end with a special hour-long-episode on Wednesday, set one year after the devastating finish to episode six.

The special extended episode will see the fallout from the end of Tuesday’s episode, which saw Clare tragically lose her dad, Seán, to an aneurysm.

The shock ending was vaguely foreshadowed earlier in the episode, with Clare, dressed as an angel, beaming at her father in slow motion as he drove them through the Halloween parade.

Although the moment seemed slightly off, nobody could have guessed what was coming next.

Even when Da Gerry picked up the phone and, ashen-faced, was told the news, it’s likely many viewers assumed something tragic had occurred to do with the conflict in Northern Ireland at the time.

Episode six had everything that makes Derry Girls great: Aunt Sarah being a ditzy legend, the girls getting into major trouble, Michelle swearing like a sailor and Sister Michael delivering some blistering one-liners.

Clare finally got the lesbian romance subplot she (and we all) deserved, and the girls were out for blood when they forced James to fight a man twice his size for Fatboy Slim tickets (which James then promptly ripped up in a genuine laugh-out-loud moment).

There were some major highs in this episode, the funniest yet of this series, which made the horrific moment Clare was told something had happened to her dad all the more gut-wrenching.

Throughout Derry Girls as a whole, we see the girls clash, scheme, insult each other and get into trouble together, but it’s not often we see them be there for each other.

Usually, they haven’t had to: everything wraps up nicely (ish) at the end of each episode, and by the start of the next they’re back to square one.

The final few minutes of episode six saw Michelle, Erin, James and Orla sitting in the hospital waiting for news, and when Clare steps through the doors, she only has to shake her head before her four friends rush to embrace her, each of them sobbing.

You’d have to have a heart of stone not to have shed a tear during this moment, as it’s a testament to Lisa McGee’s writing, the cast’s sublime acting and just how well-loved these characters are that it hit like a genuine punch to the gut.

The episode ends with Seán’s funeral, Clare being held up by her friends as she walks behind her father’s coffin, and Geraldine being helped by the other mothers, students from the girls’ school lining up in their uniforms to show support.

It was an incredibly bleak ending for an episode that had so many laugh-out-loud moments, and harks back to the dramatic series one finale of a fatal bomb attack unfolding as the girls dance in their school hall.

Mixing devastation with the condensed, often selfish world of teenagers is what Derry Girls does best, and fans will be really feeling the pain of knowing Wednesday’s episode will be the final farewell to the beloved characters.

Derry Girls concludes on Wednesday at 9pm on Channel 4.