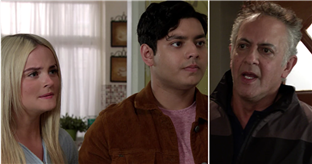 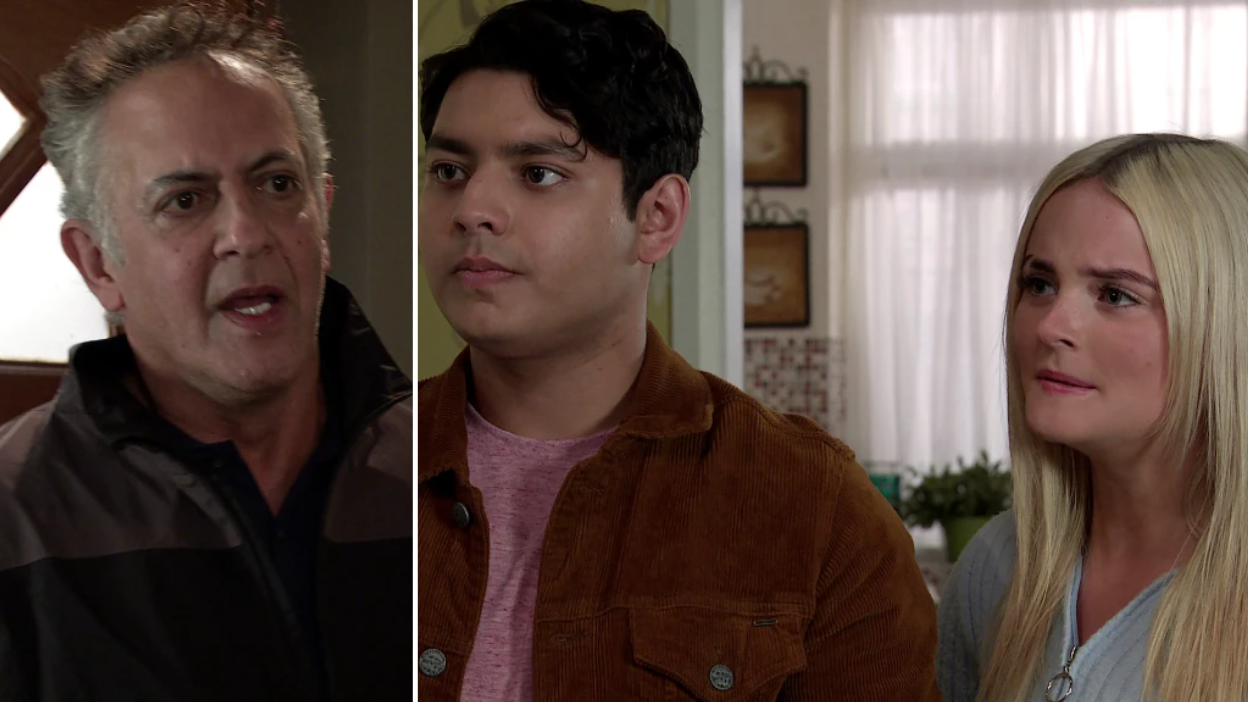 Aadi Alahan (Adam Hussain) and Kelly Neelan (Millie Gibson) are preparing to leave Coronation Street for Gretna Green so they can get married.

When the adults in Kelly and Aadi’s lives discovered their news, they were all horrified, adamant the teens were far too young to get married and could end up seriously regretting it.

Kelly and Aadi have ignored everyone and decided they will still tie the knot, by secretly travelling to Scotland.

Things change somewhat next week, however, as Aadi tells Dev (Jimmi Harkishin) about his and Kelly’s plan.

In shock, Dev rails at Aadi and wonders why he’d want to chain himself to someone like Kelly.

In a bid to win Dev round and prove their relationship is a serious one, Kelly and Aadi decide to organise an engagement party.

Meanwhile, Gary (Mikey North) finds Dev and advises him to accept the marriage, or he could risk losing his son altogether.

But will Dev listen and change his mind?

Or will he continue to try and put a stop to Kelly and Aadi’s happiness?

The popular autumn drinks that could cause ‘damage’ to your teeth