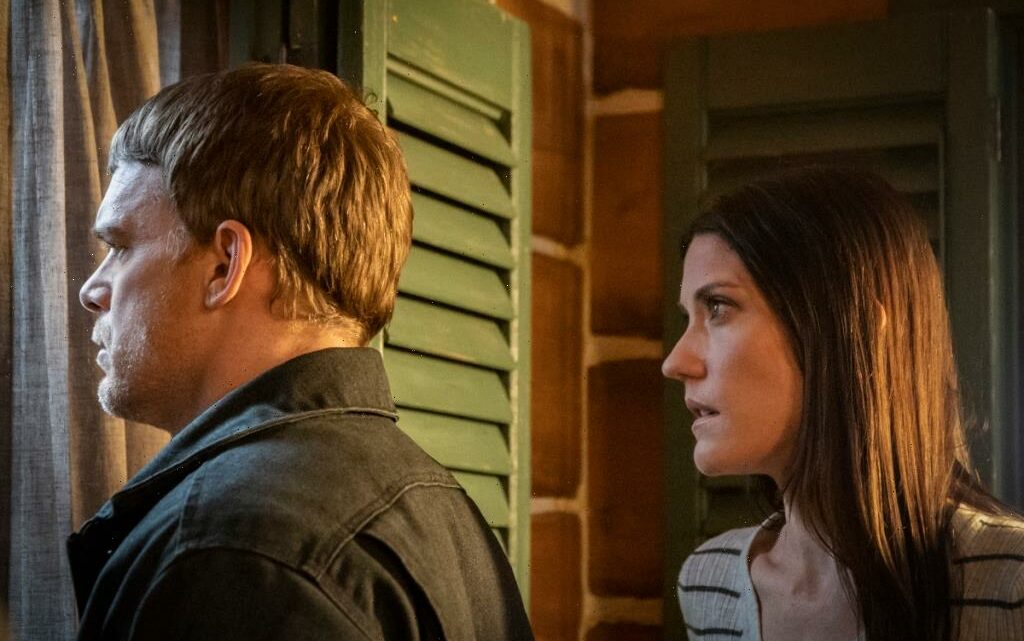 Jennifer Carpenter makes her big return as Deborah Morgan in the limited series Dexter: New Blood where she’s taken over the role as her brother’s Dark Passenger in the premiere episode. The continuation of the series is set to premiere on Nov. 7. 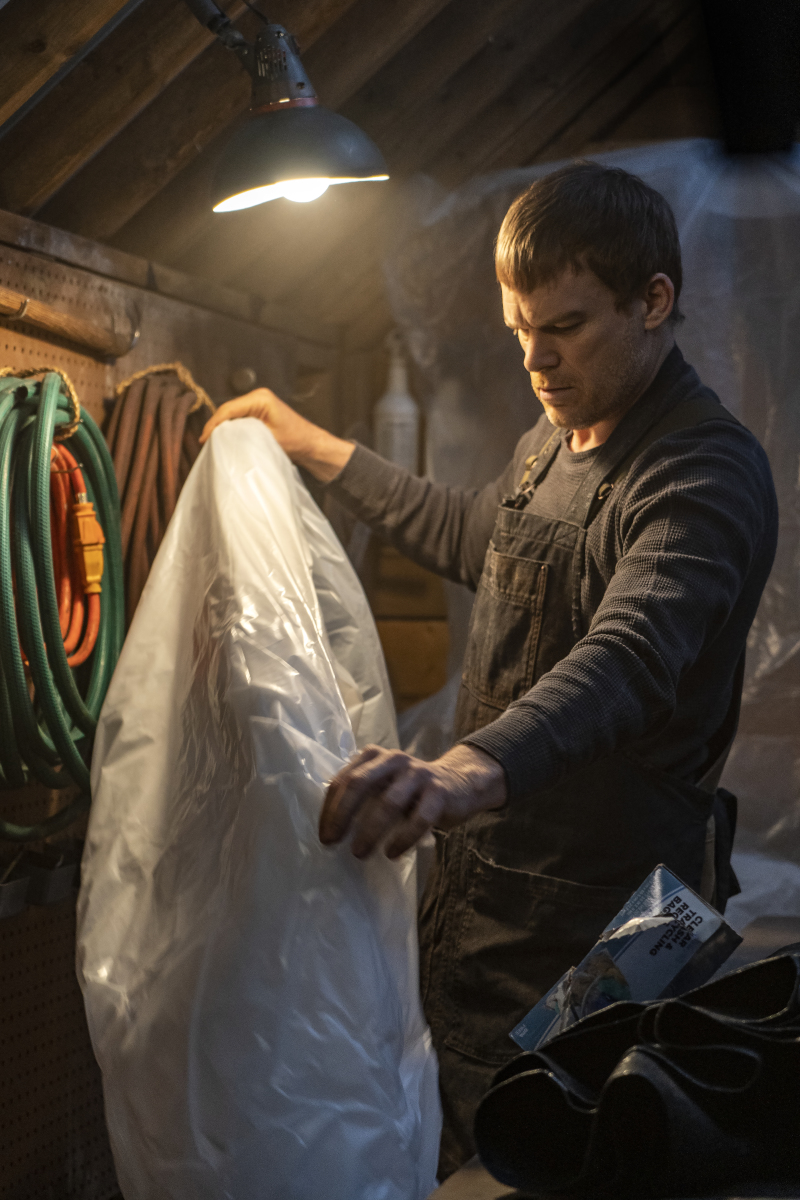 What does that mean for Dexter’s (Michael C. Hall) deceased father Harry (James Remar) who was the original voice in the serial killer’s head?

“I love the concept of the Dark Passenger and being invited into Dexter’s psyche,” Carpenter revealed during Showtime’s TCA presentation for the drama. “I feel like sometimes the Dark Passenger and the passenger is almost directly behind the wheel and it was an opportunity not to be an angel or devil on his shoulder, but to jerk the wheel to the left or right against his will. And to manipulate him, to navigate him, to abuse him, to save him. I felt like it was something entirely different than some sort of ghost entity.”

Adds Halls, “Harry was like Dexter’s north star in his consistent point of view whereas Deb, in the context of this world, coming from everywhere. In that, she’s an internalized character for Dexter that represents just how far he’s come or how far he’s fallen— internally reeling and without a compass in a sense as much as he’d like to have one.”

“She represents a corner of Dexter’s mind that we all have in our own heads that says, ‘Well, wait a minute, if you do this, then there are consequences.’ If you notice at the very beginning of the show when we introduce Deb, it’s very quiet and it’s very still. They’re talking about how he is the one who chose that place. They’re sitting at the table and Deb has her head down and Dexter almost touches it but he can’t because she’s a part of him.” 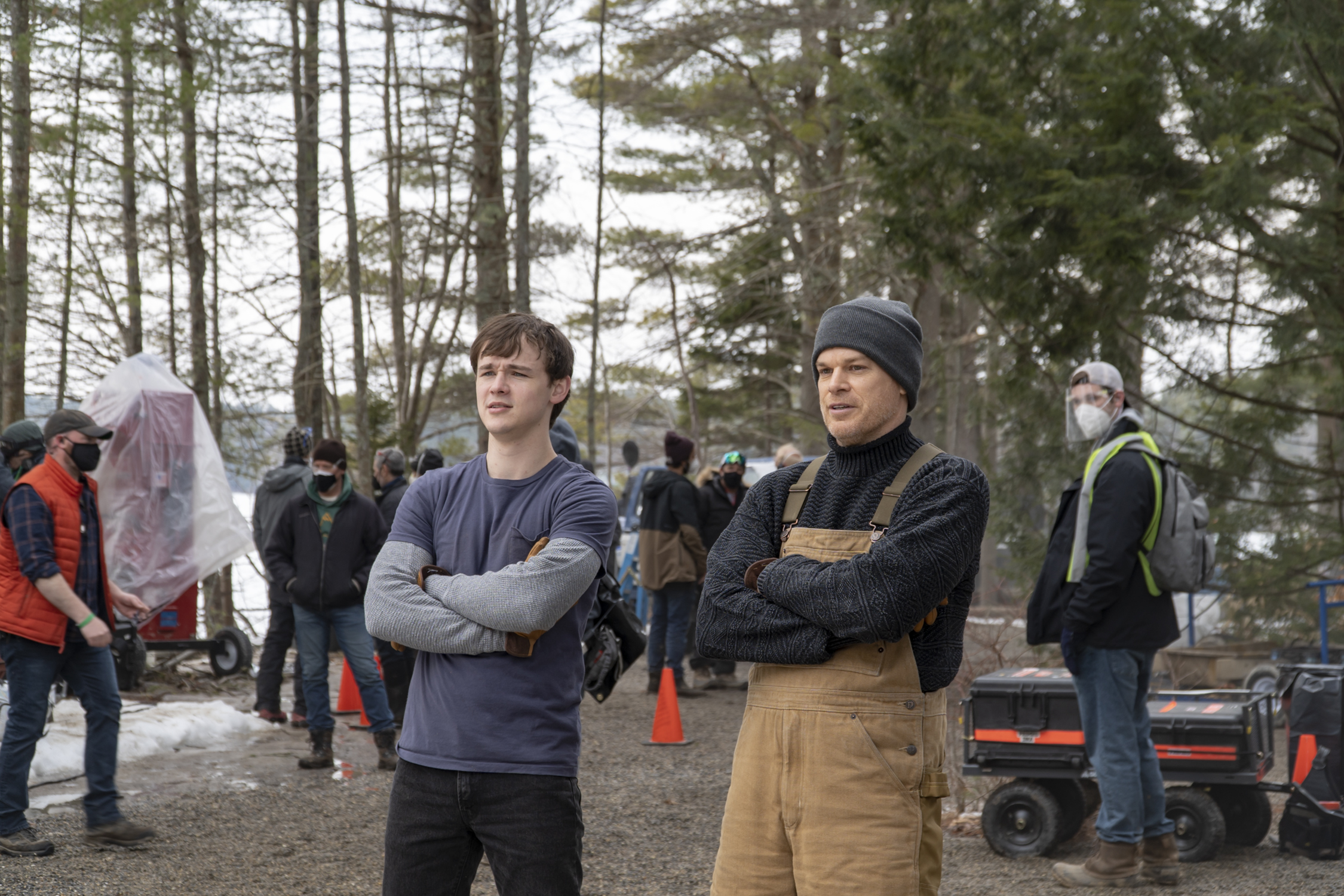 Showtime also revealed a first look at newcomer to the series Jack Alcott, who is playing the role of Dexter’s son Harrison Morgan. In the premiere, Harrison has found his dad in the sleepy New York town and wants to rejoin his life.

“We sat down and figured out what were going to do and quickly decided on the theme of fathers and sons,” said Phillips. “We can’t do a show about Dexter without bringing back his son, who he left when he was 5-years-old. His son thinks he’s dead but then finds him alive and he’s full of resentment. Dexter will have a lot of work to do to win his son back and prove that he’s a good father and I think we get there.”

Adds executive producer Scott Reynolds, “That goes to the other parts of the theme of the season: sins of the father and how these things are passed down to our kids. There’s a great deal of support there.”

Phillips says the title of New Blood doesn’t necessarily mean that Harrison is the new blood, “it’s the fact that almost a decade has passed since the season 8 finale and we want to acknowledge them.”