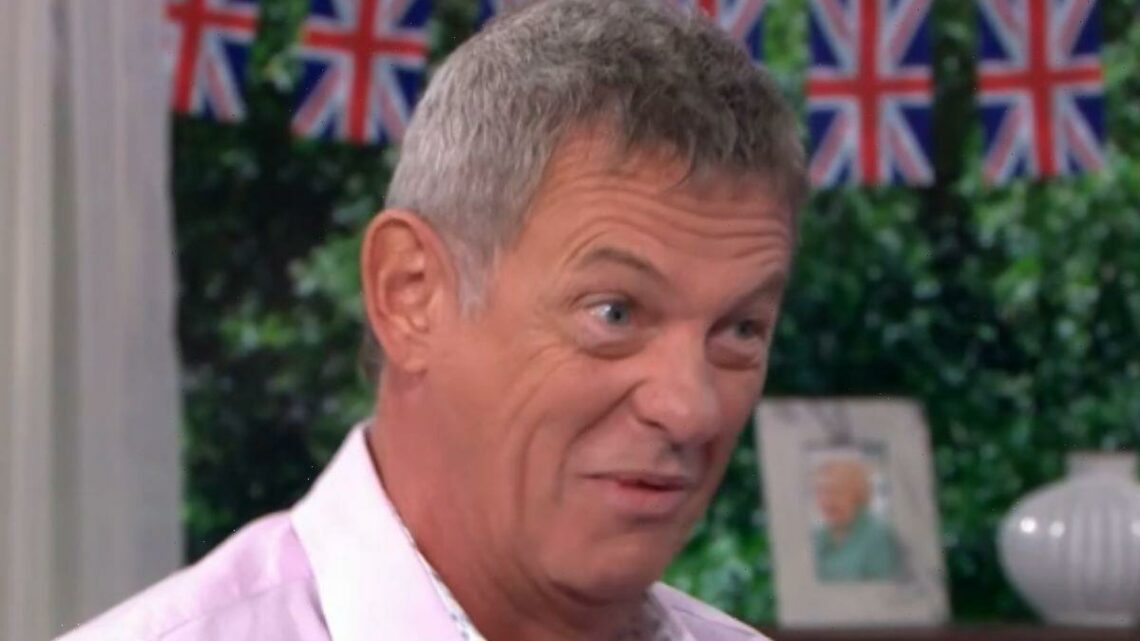 During Friday’s This Morning, ITV hosts Dermot O’Leary and Alison Hammond welcomed Matthew Wright and Gyles Brandreth to chat about the latest news headlines. The main focus of the segment was on the Queen’s Platinum Jubilee celebrations, which began on Thursday with the Trooping of the Colour.

Thousands of people stood outside Buckingham Palace to greet Queen Elizabeth II and the rest of the Royal Family as they stepped out on the balcony for the event.

However, things got heated during This Morning when Matthew branded the entire celebration a “disgrace”.

“We were talking earlier and it’s wonderful and the spectacle I get, but at a time when people..we are haemorrhaging money as a country.

“If you were some kind of celebrity, who’s spending loads… millions on parties when you’re sort of bankrupt, people would be outraged and this is a disgrace but that’s what we’re doing as a nation.”

“What do you think we should be doing?” Dermot asked as Matthew raged: “I think it could all be scaled down just a bit.”

He later went on to fume that the money funding the Jubilee was being, “Funded by the public purse.”

This Morning airs weekdays at 10am on ITV.