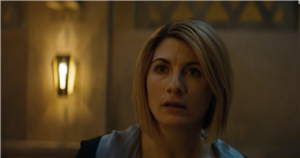 Doctor Who fans were left rather bewildered on Sunday night as they failed to grasp the concept of what was taking place during the latest episode.

However, things fell flat quite quickly amongst avid viewers when the complicated storyline and the Doctor travelling through various time streams didn't seem to hit the mark.

Though there was quite a lot going on during the episode, the storyline wasn't making too much sense which lead several viewers to complain.

Taking to Twitter, fans of the show expressed their confusion.

One fan wrote: "Love how the first two episodes were pretty coherent with an understandable story. And now this one is just all over the place. It's like the editors just shuffled the scenes"

Another chimed: "Biggest well done to all the actors, writers and creatives on #doctorwho this is no reflection on you, but I think the shows overcomplicated itself over the years."

A third chimed: "Last week was a bit better as it was a more standard story but now they’re back to the just straight up mess of an episode."

"What the hell is happening in this episode?" A fourth questioned.

Meanwhile a fifth said: "No idea what it's about. I just lost interest and fell asleep."

Despite some negative feedback, other viewers still enjoyed the episode.

"How good was THAT?!" One fan exclaimed.

While another said: "Another great #doctorwho but Edge Hill is not near Anfield!"

A third happy fan wrote: "So strange to see how many people haven't been enjoying this season of #DoctorWho because this is the first time in years I've actually liked it lol."

During the episode, the Doctor was faced with travelling through various time streams in order to save her friends.