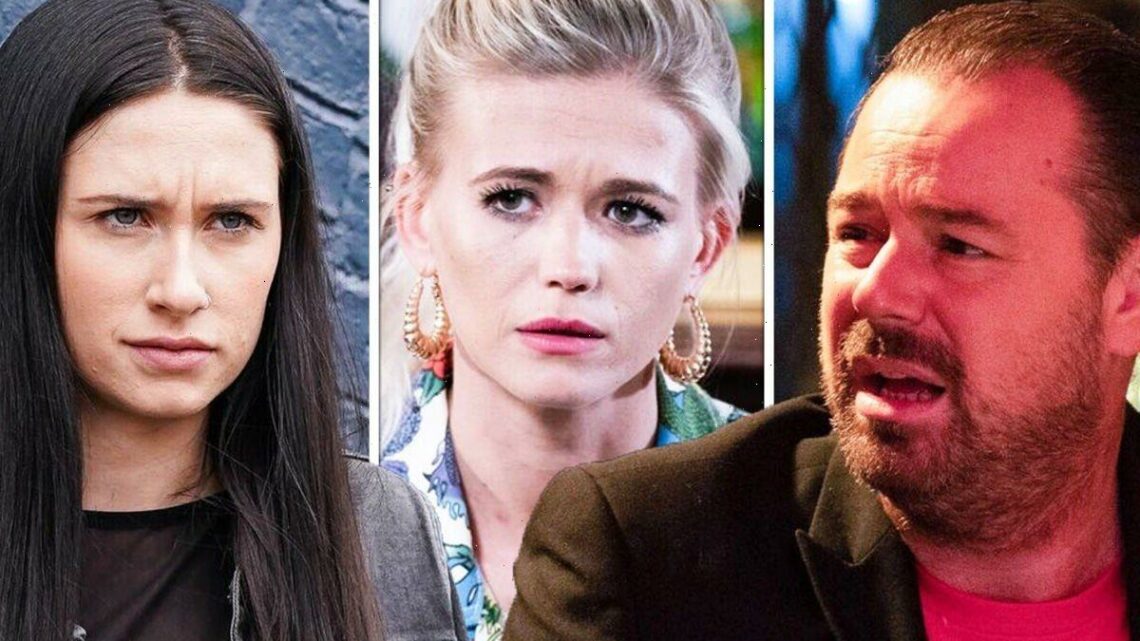 EastEnders boss opens up on challenge of beloved characters exit

Speaking to Express.co.uk and other press, Chris reflected on planning Danny’s departure from the BBC soap.

The soap boss admitted it wasn’t easy finding a way for Mick to leave “Linda and his kids” behind in Walford.

He explained: “Mick Carter is not the kind of character that goes out in the back of a black cab.

“I’m kind of very grateful for Danny for staying a little longer and giving us a Christmas Day exit because I think what’s really important is that we give the audience big drama on Christmas day and I think there’s nothing bigger than Mick’s exit.”

Read more: EastEnders’ Linda Carter will be at the ‘centre of a big storyline’

Chris opened up on why he chose to reunite Linda and Mick before the latter’s disappearance.

“It was really important that we did reunite the two of them,” he continued.

“If you know the history of these two characters, they are the love of each other’s lives, that’s in their DNA.

“But we did reconcile them I think that’s a beautiful moment,” Chris added.

“It’s been so long since we’ve seen that and it’s so beautiful and it just it takes you back to to those years where they were so gorgeous.

“So while it was one scene and two kisses. I think it’s a beautiful way to end their story and their journey, ultimately it’s a love story that end tragically.”

Although Linda will struggle without Mick in her life, EastEnders star Kellie confirmed she’ll find a way to thrive on her own.

“She’ll definitely find her way through this and also she’s mother to Ollie and Annie and I think that will drive her forwards.

“But I’m quite excited about about what is going to happen next year.

“I actually know very little, but I know I’m part of something that’s going to be quite big and I’m quite excited about that.”

He hinted: “But there are big plans for Linda. [Linda] is going to shoot something which goes out just after our anniversary in February.

“It’s something that we as a show have not done before and Linda is at the centre of it.”

EastEnders airs on BBC One from Monday to Thursday at 7.30pm.