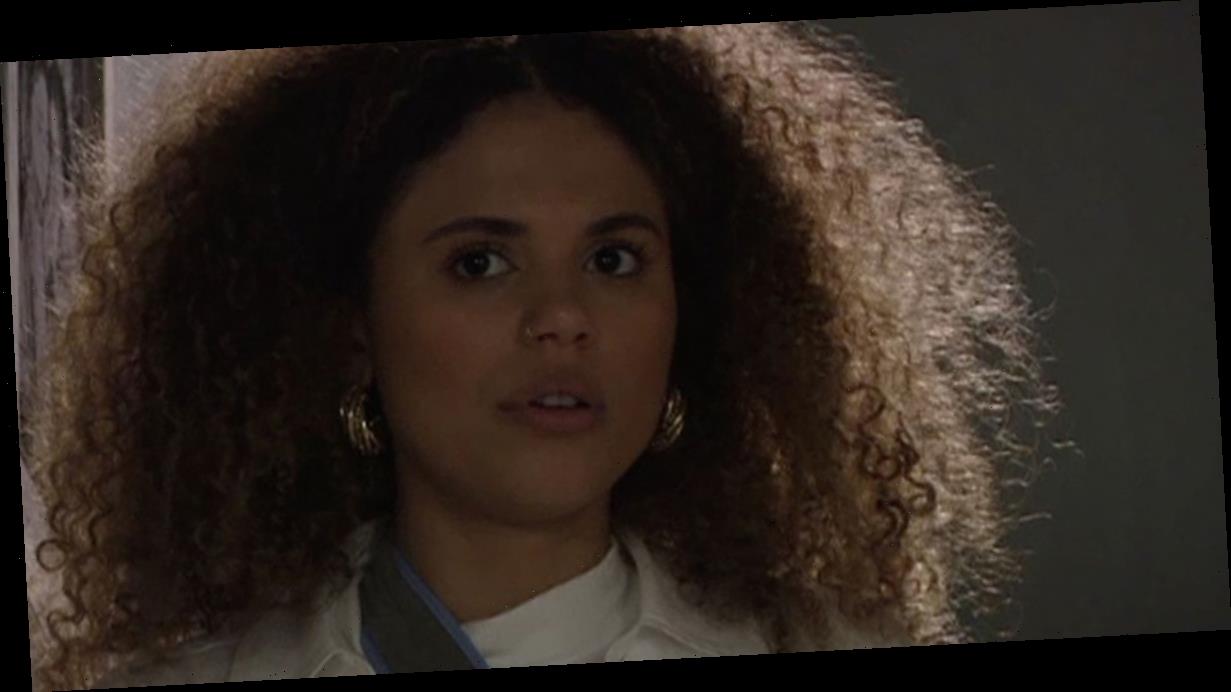 EastEnders aired fresh concern for Chantelle Atkins on the BBC soap on Friday, as husband Gray got some bad news.

After basically betraying his own friend Kush Kazemi, encouraging him to plead guilty in court to a crime he didn't technically commit, things didn't quite go to plan.

Kush had accidentally pushed Leo King off a balcony trying to save Whitney Dean – with Whitney ending up killing her stalker in self-defence weeks later.

Whitney is now in prison and awaiting her own court case, while Kush had to attend a hearing over the attack prior to the death.

Lawyer Gray had been told that the firm were losing faith in him, and the only way to secure his job would be if he managed to convince Kush to plead guilty.

Gray claimed he was doing it to help Whitney, as a guilty plea from Kush might support her claims she was being stalked.

But later on, at Whitney's own hearing, things took a wrong turn.

Whitney was refused bail and forced to return to her cell, with a stressed out Gray left worried about what it might mean.

Back at home, he soon discovered from his boss that he'd been suspended.

Not only that, but he would be investigated at work in the meantime.

She claimed he'd been "slipping" for months and there was nothing he or anyone could do to change their minds. Keep up with all the soap news

Life moves fast in soapland, so make sure you stay up to date with all the latest from your favourite soaps with our regular email newsletter.

Sign up using this form to receive regular updates on Corrie, Emmerdale, EastEnders direct to your inbox. We'll also keep you up to date on what your favourite stars are up to in the real world too, and the breaking news as it happens.

Gray tearfully begged for his boss to change her mind, but he said no and left.

Chantelle was seen worried at the top of the stairs having heard it all – fearing it could mean another attack from him.

Viewers took to Twitter over the scenes, fearing for Chantelle's safety with one tweeting: "Oh dear #EastEnders what will Gray do and I hope he won't hurt Chantelle."

EastEnders airs Mondays and Fridays at 8pm, and Tuesdays and Thursdays at 7:30pm on BBC One.