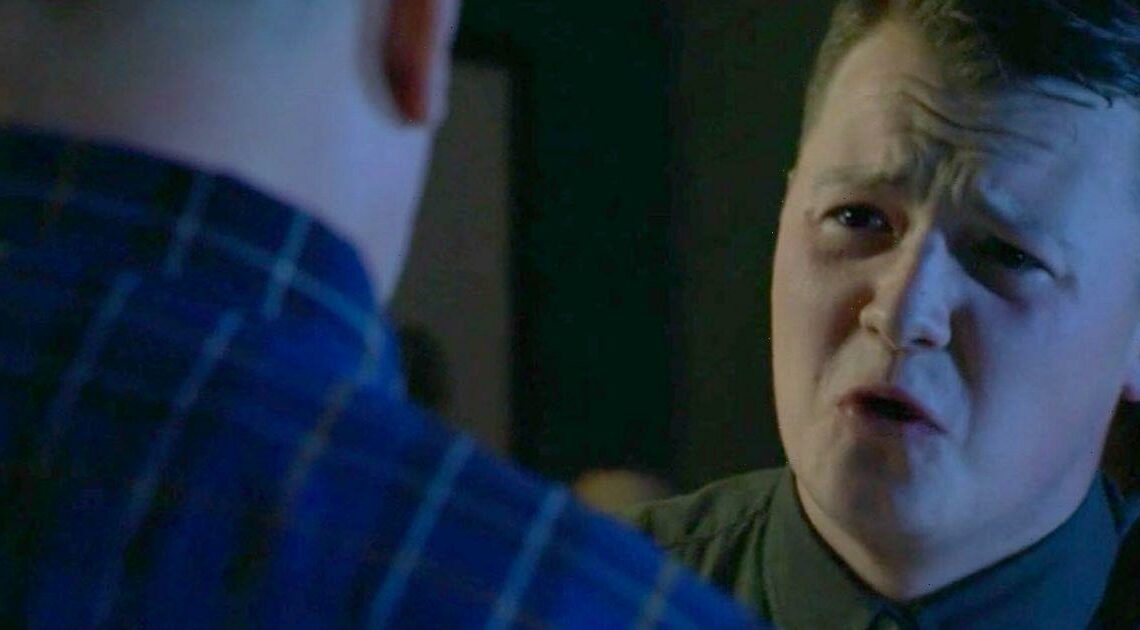 EastEnders viewers were sat on the edge of their seats as they awaited a horrific bomb plot to surround Albert Square.

While multiple BBC Soap favourites rang in the New Year with their loved ones, Aaron was at home arguing with his dad after he figured out Aaron's intentions.

For months fans have been adamant that Aaron was going to be involved in the plot to blow up the Argee Bhajee as an explosion was teased.

In Friday night's episode, Dana, Bobby, Cathy, Stacey and many other big names in the soap were nearly involved in a horrific bomb attack planned by Aaron and his extremist friends. While Harvey spotted the signs from Aaron he confronted his son and during the midst of their argument, it was revealed to Aaron that his young sister Dana was at the location.

Aaron pleaded with his father to go in and get Dana and pull her from the bar, but in a controversial twist, Harvey said: "No, if you're doing this, you're taking your sister's life.

Pleading with his son one more time, he said: "You're my beautiful boy, my first born. Please don't do this."

The scene immediately flashed to Aaron holding his phone as he burst into tears while an explosion went off – only to be revealed as the loud bang to celebrate the New Year.

It then skipped to the following day which saw the bomb squad arriving where they found a device, resulting Aaron's evil pal to question him on why he didn't do it.

Aaron insisted he did and said he didn't call the bomb squad, but shortly after revealed the truth to his dad as he said: "If he finds out it was us that made the call, who knows what he'll do."

Taking to Twitter, many fans were torn over the episode, with one user writing: "So after all that build up they never set the bomb off."

Another said: "Well what an anticlimax that was."

However, others were praising EastEnders for the way the episode was handled as one person said: "If you are excited for a bomb to go off, you are not seeing the fact behind the story. That’s why EastEnders had to play this far-right plot carefully. This show isn’t meant to entertain us, it’s also meant to teach us."

Another said: "This episode of EastEnders is brilliant. I really thought the bomb was going to go off. Hopefully we're starting to see a return to form."