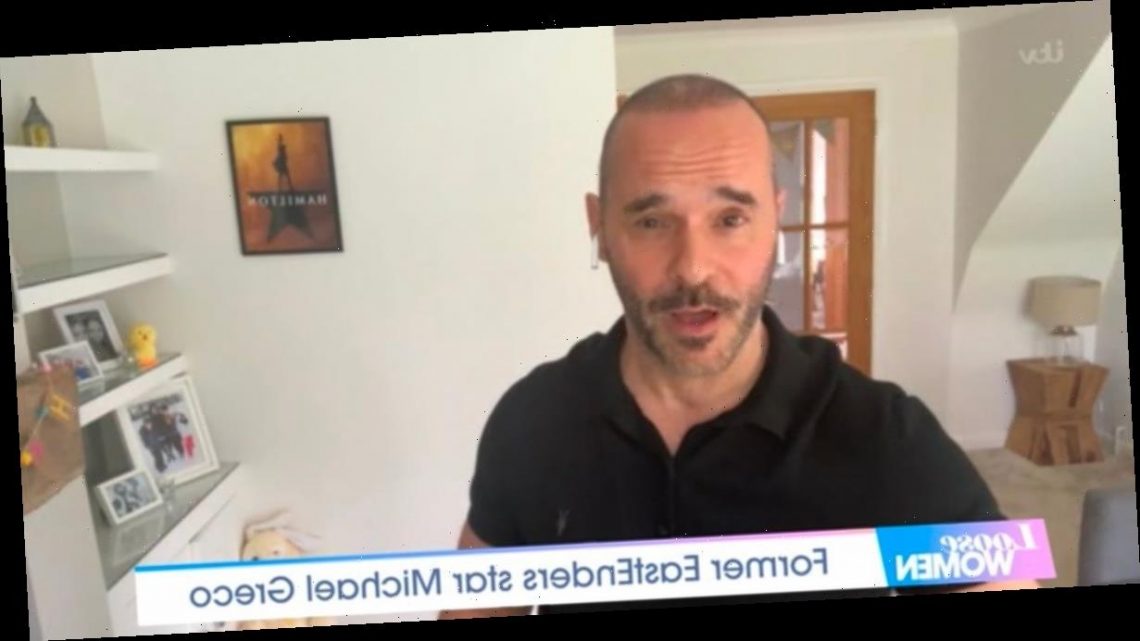 Actor Michael Greco has teased a possible return to EastEnders to reprise the role of Beppe di Marco.

Michael played the heartthrob on the hit BBC soap from 1998 and 2002, before moving to America.

Despite his career starting to take off State side, he returned to the UK and now admits he found it tough to gain momentum in the US.

Appearing on Wednesday's edition of Loose Women, Michael was asked about returning to EastEnders.

The buff star replied: "It's funny because Beppe was such big character in the 90s and early 2000s.

"I think the soap's demographic has changed over time. "Most people I think are in their older years so for him to go back would be fantastic."

He added: "If they want him then I am available."

Asked about his time in the US, Michael continued: "I did an amazing drama with a Kevin Costner and my career was starting to do really well but then it just didn't gain momentum.

"In England you may be up for a film against 30 or so people but in America you are up against about 500.

"After a while it [my career] was gaining momentum but then I just thought 'do you know what its too hard'.

"I also couldn't meet a decent woman out there."

Holding up a tiny pair of blue socks, Michael confirmed they are having a baby boy.

Previously confirming they are expecting, he posted on Instagram: "Probably the greatest post I’ve ever shared. Cant explain how emotional it was for me to be told that I am to be a father for the very first time, with my absolute soul mate.

"I’m normally a very private person but I couldn’t help reveal my utter joy and I just want to tell the world!

"In these devastating times that we are all facing right now, this is the best news I could ever dream of.