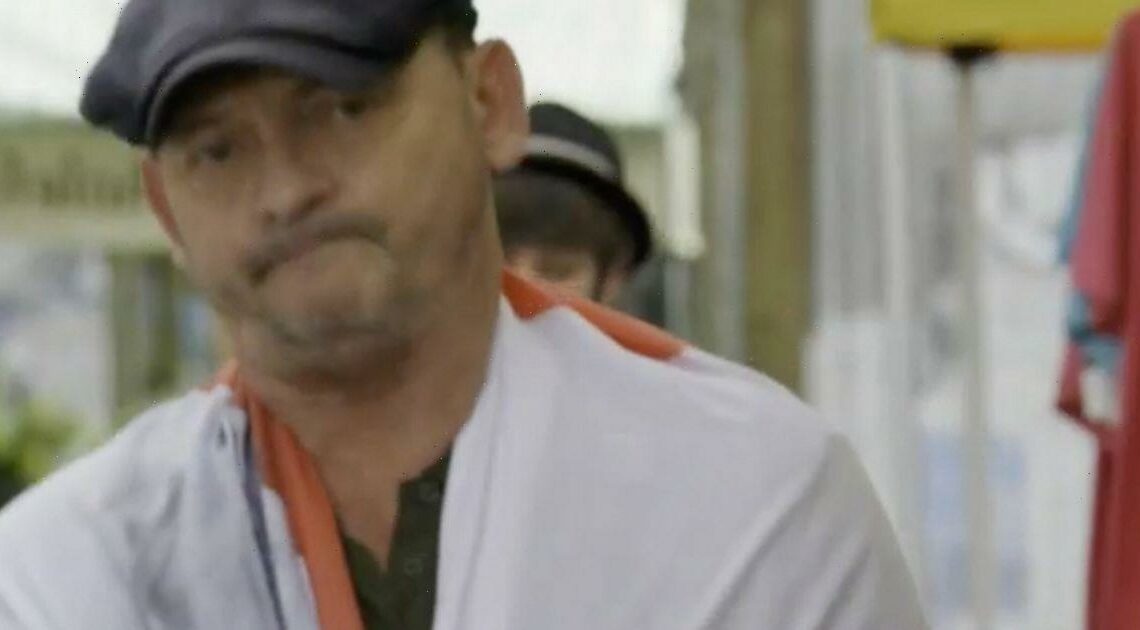 Despite being pre-recorded weeks ago, producers quickly filmed a new scene to kick off the episode.

During the segment Billy, Kim and Bobby were seen in the square talking about the final of the Euros.

Talking to Bobby, the gutted local said: "You know, I was seven when we won the World Cup.

"I just hope I am about long enough to see us win something else. Walking past, Kim added: "We should have brought on another attacker and killed them off when we were at 1-0.

"I had to put on Love Island in the end. It got too much. It was too emotional.

"I am glad that I did because to see [Bukayo] Saka crying live on TV would have broken my heart."

In a tongue in cheek gag, Kim continued: "It is going to be a long time until I have spaghetti bolognese or chicken arrabbiata I can tell you that.

"Don't worry though, the World Cup is next year."

Taking to Twitter to comment on the scene, one fan wrote: "I'm not a football fan but I love it when EastEnders weave a current event into their episodes. Absolutely brilliant."

Another added: "Well played #EastEnders. That was a smart little last-minute scene to reference the Euros."

A third chimed in: "Loved that scene with Billy, Bobby and Kim about #EURO2020. #Eastenders."

Sunday night's final at Wembley Stadium was watched by over 30million viewers.

Despite going 1-0 up in less than three minutes, England struggled to maintain momentum.

When it came to the second half, Italy managed to equalise leading to extra time.

Still neck and neck, the game ended with a savage penalty shootout which Italy won, 3-2.

UK weather: London flooding engulfs homes after a month’s rain falls in ONE HOUR – but 27C scorcher on the way

Chip Gaines Says He and Joanna Will Never Split: 'We're in It Forever'
Recent Posts