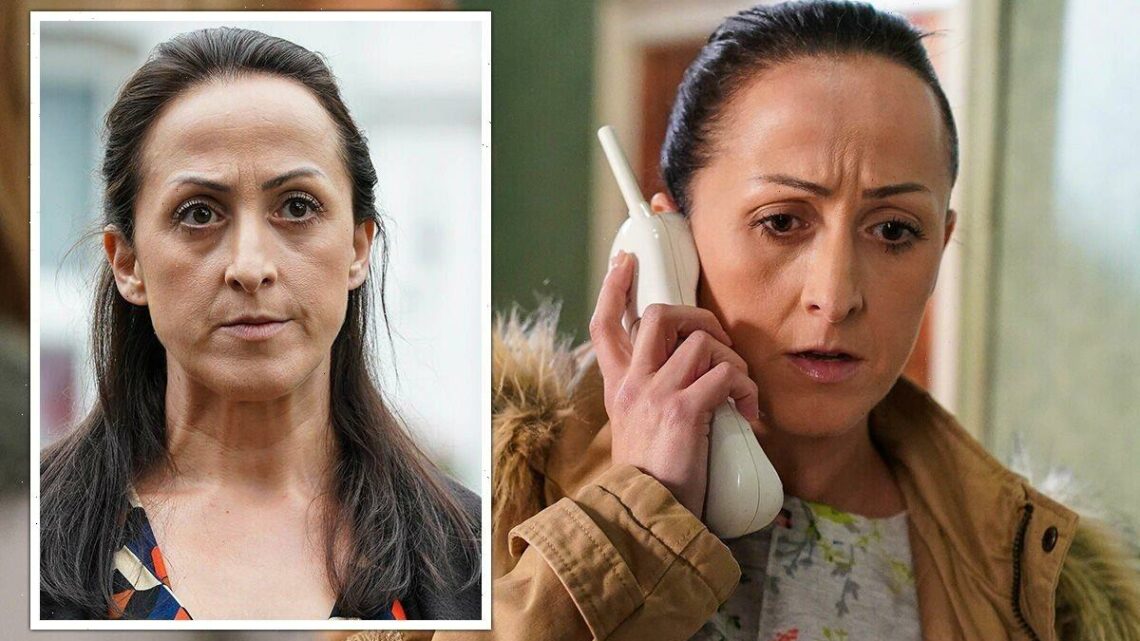 Sonia Fowler (played by Natalie Cassidy) is about to receive some unpleasant news in EastEnders after becoming the proud owner of Dot Cotton’s (June Brown) house. As she struggles on what steps she should take, the BBC soap stalwart calls on a former flame for advice.

In next week’s episodes, Sonia is mortified to find out she owes a huge amount of inheritance tax on Dot’s house.

The Walford nurse begins to panic as she thinks of ways she can afford the huge bill.

However, after agreeing to keep in touch, Sonia was ghosted by Dot’s great-nephew.

In upcoming scenes, Sonia calls the accountant and asks for help.

But, despite ignoring the nurse, Reiss refuses to make amends by giving her any advice.

Sonia reasons she’ll have to sell Dot’s house to pay the inheritance tax bill but is crushed, not wanting to leave her home.

Later in the week, Sonia’s stunned when she finds Reiss on her doorstep.

The accountant apologises for ghosting her and offers to help her find a way to pay the bill.

Sonia and Reiss sit down to look over the case to see if there’s any way Sonia can keep the house.

The nurse subsequently makes a move on Reiss but will he reciprocate?

If Reiss does spend the night with Sonia he may leave Walford and ghost her again.

Can Sonia trust Dot’s great-nephew or is there something he’s hiding?

On New Year’s Eve, Sonia was seen making a phone call to Reiss but was sent to voicemail.

In a Digital Spy forum, one said: “He’ll be back soon I’m sure. I thought him and Sonia were pretty good together. With it being a soap he’s bound to have some kind of secret but I doubt they’ll do another scam story involving Sonia so soon after Rocky.”

Another wrote: “From a Digital Spy interview with Natalie Cassidy, it seems that Reiss will be around for a while. If the writers are planning a gradual introduction, having him appear as a relative at Dot’s funeral was a good idea. My guess is that he will return once Ricky and Scarlett depart for Germany.”

“It wouldn’t have made sense for him to come for Dot’s funeral and never leave,” a third agreed.

“It makes sense that there would be a little break between his initial and full-time introduction. Sonia tried to call him on NYE so he hasn’t been forgotten about.”

EastEnders airs on BBC One from Monday to Thursday at 7.30pm.

PM says arts institutions are ‘starved of funds’, but how much longer can they hold out?