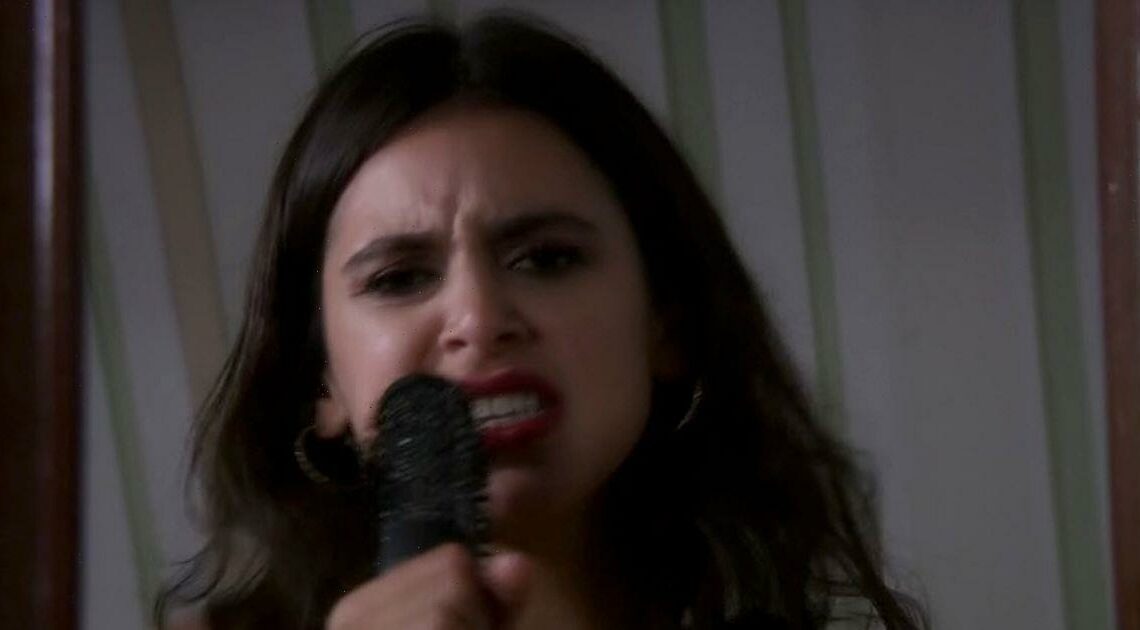 After striking up an unexpected friendship with Nicola King, who encouraged her to try and win back ex David Metcalfe from Victoria Sugden, Meena decided to give herself a makeover.

During the episode, Meena switched up the volume to Avril Lavigne's Sk8er Boi as she danced around her bedroom while singing along to the lyrics.

After performing the routine into her hairbrush, Meena fell onto her bed as she warned: "Victoria Sugden, prepare to lose!"

Viewers were left baffled by the scene as they joked it brought back nostalgic memories as the hit song was released in 2002.

One person joked: "The scene we never needed. Meena singing and dancing to Sk8er Boi in the mirror #Emmerdale" followed by laughing emojis.

A different fan quipped: "Meena blasting out Sk8r Boi! Throwback to my teenage years singing the same song into my hairbrush with my friend Iishia! #Emmerdale."

This isn't the first time Meena has performed on the soap and earlier this year she danced to Britney Spears' classic song Toxic after killing Leanna Cavanagh.

It comes after Emmerdale star Simon Lennon, who plays Ben Tucker, has hinted that justice may soon be served against Meena.

Fans of the show will know Meena’s been on a murdering spree in recent weeks, and has so far not been linked to any of her crimes – but Simon has hinted that this is all about to change.

Ben finds camera footage of Meena trying to drown Victoria during the survival week challenge, leading to an altercation between the two.

Speaking to The Daily Star, Simon described the moment Ben finds the footage, saying that there is "confusion in that moment, because the stuff that he finds is blurred in every sense of the word".

Emmerdale continues on weekdays at 7pm on ITV.

For all the latest cast updates and juicy Emmerdale spoilers, sign up to our daily OK! Newsletter .

Celebrities Are Wearing This Shoe Brand Like It's Nobody's Business