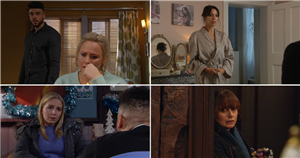 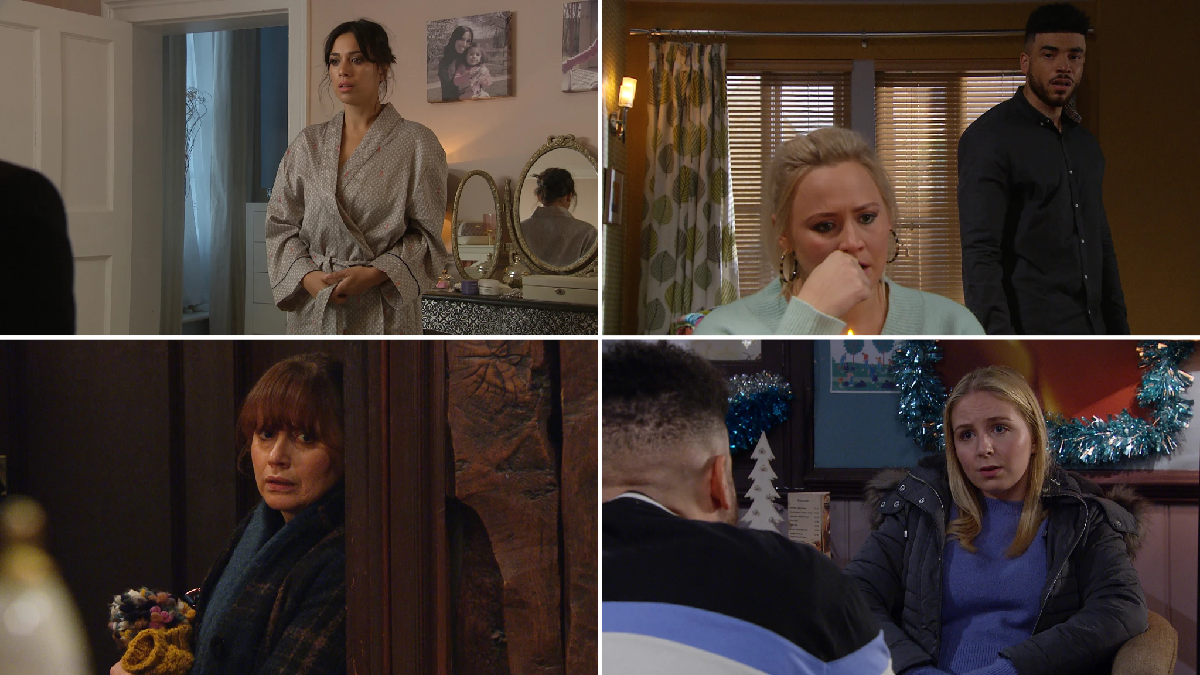 There is agony in the village as Tracy Metcalfe (Amy Walsh) is broken following her split with Nate (Jurell Carter) in Emmerdale – and when Frankie utters her first word, the new mum’s fears about her parenting rise.

Also feeling self loathing is injured Priya Sharma (Fiona Wade) who is tormented after seeing her scars and it triggers old demons which return to the surface.

Less tormented is Meena Jutla (Paige Sandhu), who is forming another plot

The police are back in the village following recent events while Lydia struggles to keep a secret.

Chloe is frustrated as Kerry warns her to keep away from Noah.

Nate begs for another chance as Tracy struggles to hear him out.

Tracy appreciates Nate’s efforts, before Frankie utters her first word, ‘Dada’. Nate is overjoyed but Tracy’s mood shifts as her old doubts about her parenting resurface.

Billy comforts a distraught Dawn, who insists she’s a monster for killing Malone.

When Billy delivers an impassioned speech, Dawn leans in for a kiss which Billy initially reciprocates before pulling away, leaving her humiliated.

Meena has a plan.

A despondent Nate updates Belle on the failure of her plan to reunite him with Tracy.

Next it’s Cain’s turn to come up with a scheme. Will he have more success?

Billy turns up at Woodbine, insisting Dawn hears what he has got to say.

He explains that he wants to be with her, but wants assurance from her that she feels the same after their messy past. How will Dawn respond?

In her bedroom, Priya’s anxieties about her body are exacerbated as she goes through her wardrobe. When she tells Leyla that she still hasn’t looked at her back, Leyla gently encourages her scared friend to confront her fears.

Priya and Leyla are shocked into silence by the sight of the scars on Priya’s back. Priya stands silently staring at her reflection in the mirror.

Bear and Faith have something planned for fridge-raiding Al.

Rishi goes all out.

Everyone’s all smiles about Priya’s ongoing recovery, until her anxieties resurface at the mention of food.

Who is in the cast of Kevin Hart's True Story?
Recent Posts