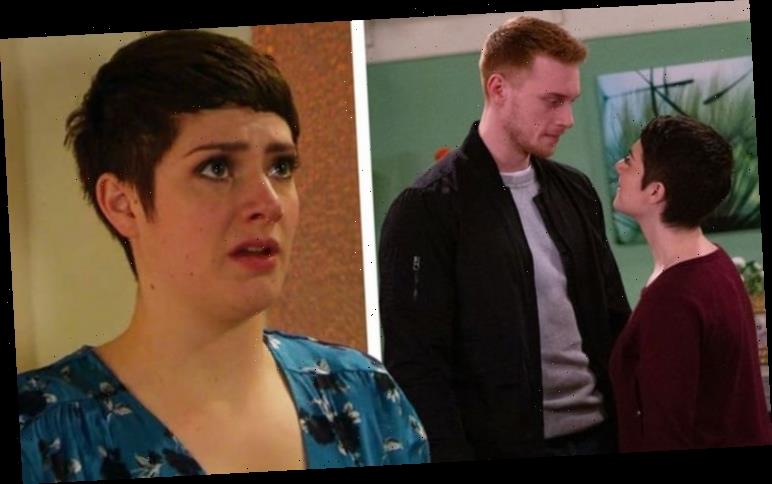 Emmerdale fans are desperate for Victoria Sugden (played by Isabel Hodgins) to have some happiness in her life. This time last year, in harrowing scenes, the Woolpack chef was raped and subsequently found herself pregnant. Fast forward a year, she has a healthy baby boy but is still haunted by that one horrific night out in Hotton. However, one person who has brought a smile to her face in recent months is Luke Posner (Max Parker), but are the two really meant to be together?

Last night, Victoria gave Wendy Posner (Susan Cookson) the chance to look after Harry and get to know her grandson a little better, which meant she and Luke could have the evening to themselves.

Packing a bag full of essentials for Harry, Victoria’s best friend and housemate Amy Wyatt (Natalie Ann Jamieson) asked: “Are you feeling alright about it all?”

“What? About Wendy taking Harry? Absolutely!” Victoria exclaimed but Amy probed further: “Are you being deliberately thick or do you want me to stop with the questions about Luke coming over?”

“Yes, ok, I’m nervous,” Victoria explained in reference to the two of them spending time alone together.

Amy continued: “It’s a big deal, you don’t have to do anything with him you know?” But Victoria firmly stated: “But I want to! It’s been nearly a year now.” 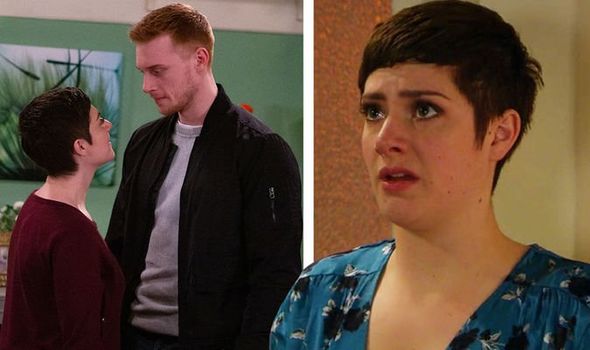 Reassuring her friend Amy stated: “But if it takes another year or five even, that is fine.”

“Speak for yourself!” Victoria joked. ”Me and Luke, we’ve talked all this through and we’re ready!”

Arriving at her cottage, Luke asked: “Are you sure?” And Victoria confirmed: “It’s with you so, I couldn’t be surer.”

However, it quickly became apparent, Victoria was not ready to take her relationship to the next level as she suffered a series of flashbacks to the night she was raped.

“I really wanted this, but I can’t, I can’t,” she jumped up and exclaimed. “I really thought I was ready, I’m so, so sorry Luke.”

“No, Vic, don’t be sorry about this,” Luke calmly said and offered his hand to her, but she asked him to leave, which he eventually did and she was left crying.

Official soap spoilers have revealed how this night will halt Victoria and Luke’s relationship, but in upcoming scenes, Luke is determined to talk to Victoria about what happened and be there to support her.

Viewers will tune in to see him ask her whether or not they can give each other another chance – but what will Victoria say?

Victoria has had a tough year trying to process and deal with what happened to her, so it is understandable she will have setbacks.

Some Emmerdale fans suggested Victoria needed more time to come to terms with the rape and think there is only one person who can truly help her – Adam Barton (Adam Thomas).

Taking to Twitter to comment, one said: “Victoria is that character that is better off on her own, if she can’t be with Adam #emmerdale.”

“Poor Victoria maybe Luke just isn’t the right guy to be with #Emmerdale,” another remarked.

Someone else begged: “Jeez someone please get #Victoria some counselling she’s in desperate need #Emmerdale.”

And it seems Luke may have foreshadowed him and Victoria parting ways for good.

In a later scene with Bob Hope (Tony Audenshaw), Luke said: “I should’ve done the right thing, and just kept away.”

All Victoria has ever wanted was a partner and a family and she thought she had that with her ex-husband Adam.

The farmhand was last seen on-screen back in January 2018 when he fled the country to Budapest to try and rebuild his life after confessing to the murder of Emma Barton (Gillian Kearney) in an attempt to save Moira Barton (Natalie J. Robb) – Emma’s actual killer – from prison.

Victoria was kept in the dark about the whole plan, but because Aaron Dingle (Danny Miller) helped Adam escape, word got to Victoria’s brother Robert Sugden (Ryan Hawley) and he felt Victoria should know because she was planning on leaving to find Adam so they could be together.

Adam was Victoria’s true love and no man has ever come close to him, perhaps she will decide to halt her relationship with Luke for the next few months in order to prioritise her own wellbeing.

And as with soaps, it seems just when a character is coping well a spanner is thrown into the works. Could Adam get in contact with Victoria?

If your or anyone you know has been affected by Victoria’s storyline, please see Rape Crisis’ website here for help and advice.