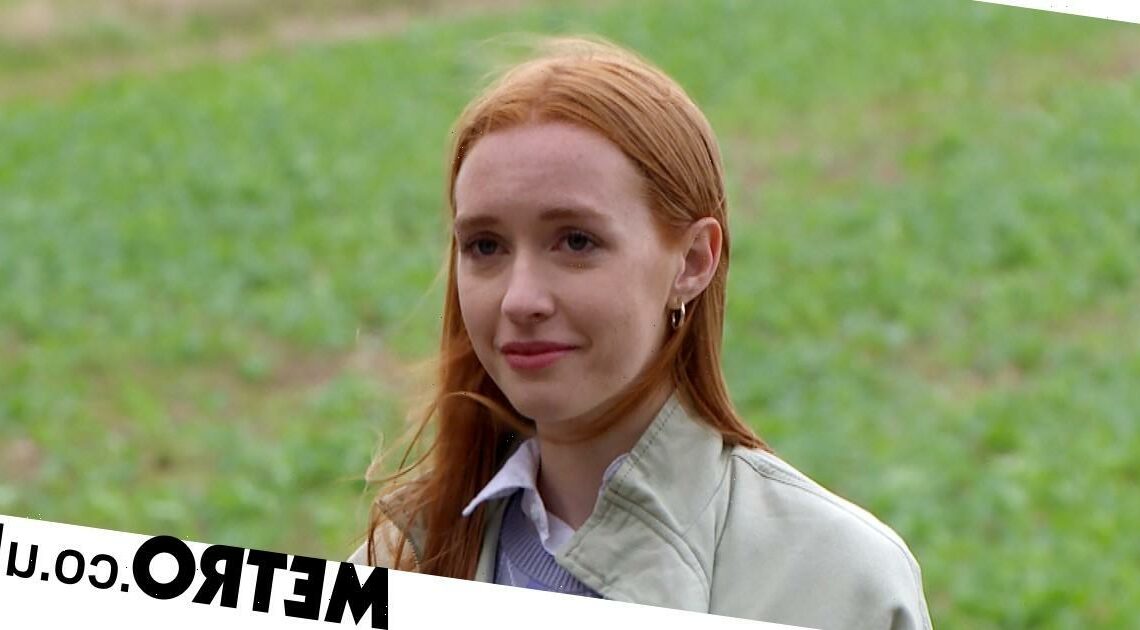 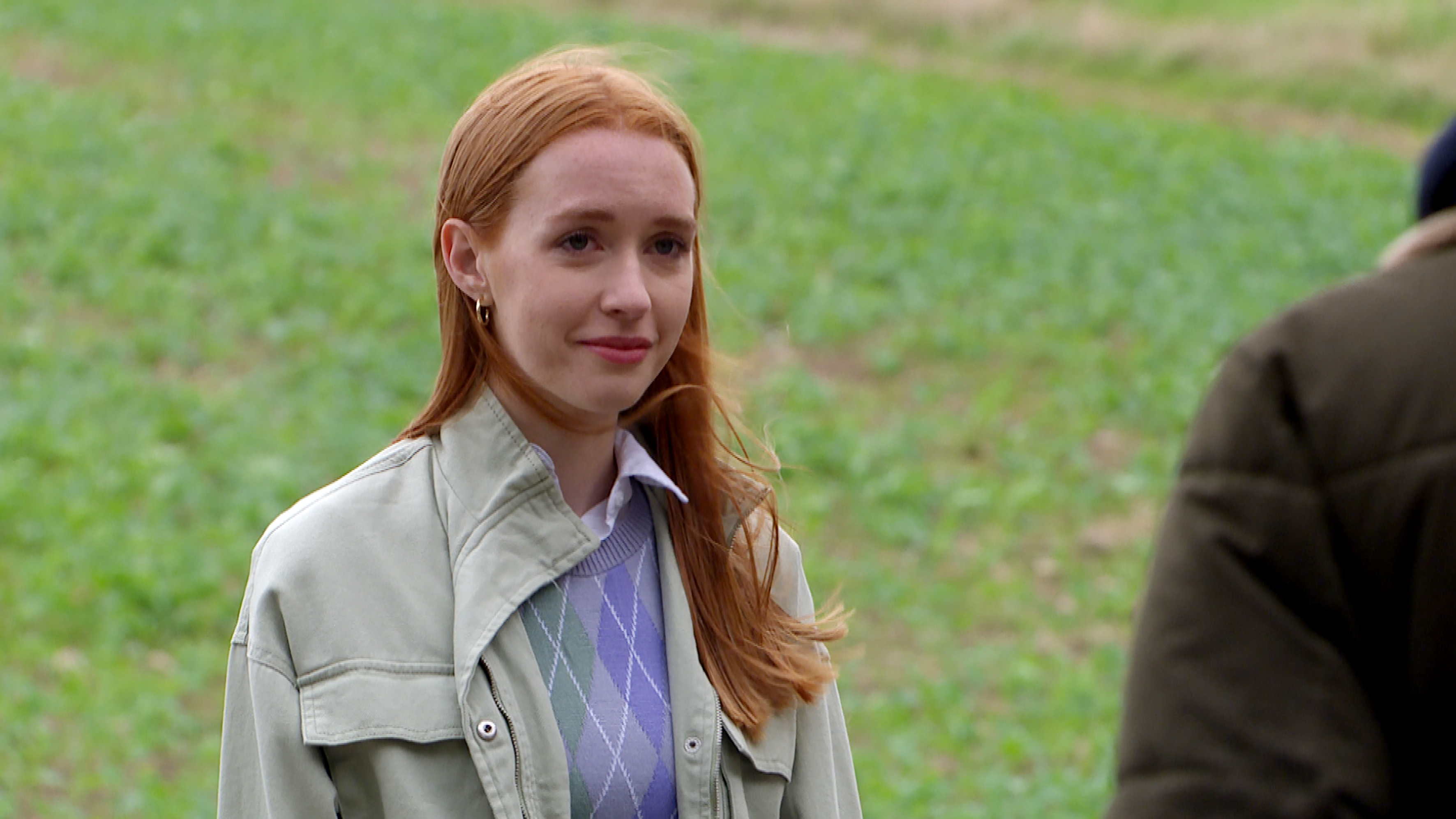 She has an air of mystery around her and there is a deep darkness in the life of newcomer Chloe.

The Emmerdale character is trapped ‘like a cage animal’ in her elaborate home, reveals star Jessie Elland, by a criminal father who has hooked the place up with CCTV.

As she gets closer to Noah Dingle (Jack Downham), fans have been in overdrive speculating what has brought her into his life.

Is there an ulterior motive?

Some have guessed that she might be related to Declan Macey, who was last seen going on the run after taking Noah’s mum Charity (Emma Atkins) hostage.

Others have been drawn to rapist Pierce Harris, who targeted Charity’s ex Vanessa when she played a part in exposing his crimes.

But no-one has quite sussed it yet, Jessie smiled.

The actress told Metro.co.uk: ‘I’ve seen quite a few! I don’t go looking for it on social media but my friends send them, my family are very keen on putting them in the family group chat.

My dad and my uncle call me ‘creepy Chloe’ which is in a few articles. They’re all good; there are some juicy theories.

It’s fun to see people guess and connect the dots and bring up old storylines, but no one’s got it right yet. They’re fun to read.’

But frustrating to ponder as we’re all dying to know!

But one thing that we do know for certain is that the villagers are in serious danger from Chloe’s dad – as is she.

Jessie explained: ‘We’ve not actually seen him yet, he’s on the end of the phone, but it would be really interesting to bring him in and see how they’d interact. You do get a sense that Chloe knows he’s fundamentally a bad person, trapped/scared by him but end of the day he’s still her dad and she loves him.

‘It’s interesting to play that dynamic and the conflicted emotions. I think he’d be a really interesting character to bring in.’

So who would the ideal actor be to play him?

Get his agent on the phone, Emmerdale!

You can read the full interview with Jessie in our free soaps newsletter, packed with exclusive content, by following this link and signing up.