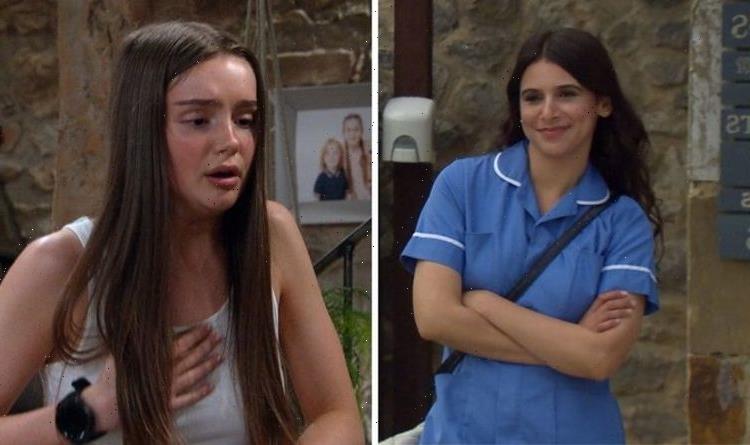 Sarah (played by Katie Hill) has been mourning the loss of Emmerdale teenager Leanna (Mimi Slinger), who suffered a terrible fate. She was murdered by evil Meena Jutla (Paige Sandhu) but at the moment, everyone believes her death to be a tragic accident. Meena has even been putting herself in the middle of Liam’s (Jonny McPherson) grief on the ITV soap, trying to comfort her father and growing close to him. As Sarah begins to panic about Leanna’s death and her own health, she might stumble across evidence that she was in fact murdered.

Sarah gets into an anxious state in one of next week’s episodes, which sees her collapsing at her home.

In upcoming scenes, Sarah panics about her own health and her fears are triggered by Leanna and the fact her grandmother Faith Dingle (Sally Dexter) has a mystery illness.

The youngster has suffered from multiple health scares herself as she battled cancer and other frightening conditions.

Although she’s been doing much better, she often shares fears that she won’t live long.

Consumed by her worries, it’s possible Sarah might put her energy into finding out what really happened to Leanna.

Leanna died on her 18th birthday after Meena pushed her off the bridge once Leanna had discovered the latter’s dark past.

Police ruled her death an accident, believing a culmination of Leanna having had a lot to drink, along with the heels she had been wearing, caused her to fall.

But nobody knows for sure what exactly happened, except Meena.

With Sarah tormented by her friend’s death, she could do some digging of her own.

Meena collected Leanna’s ring after she had killed her and wears it on a necklace around her neck – will this be the key to Sarah working out the truth?

If she can’t take her mind off what might have happened to Leanna, Sarah could become suspicious of the people around her.

With Meena constantly seeming to be around the big moments of grief in the village, such as Liam’s outburst and Leanna’s funeral – which everyone else was banned from – it may only be a matter of time before she suspects Meena.

And if she somehow discovered Leanna’s ring on Meena, she’s likely to recognise it as being her close friend’s.

Sarah actress Katie commented: “Sarah has a very problematic medical history, and doctors have told her that she might have a shortened life.

“So with Leanna dying and Granny Faith’s mystery illness all her fears are definitely heightened… she’s consumed by utter fear.”

Speaking to Inside Soap, she continued: “Sarah is determined to learn about (her donor family), and I can tell you that she’s really determined.”

This determination could easily spill into the mystery of Leanna’s death though, but will she be in danger if she uncovers the real story?

Leanna was killed because she worked out from Meena’s troubling belongings that she had murdered an old friend.

Ruthless Meena stopped at nothing to ensure Leanna was silenced – will she do the same with Sarah?

Or will Sarah perhaps be a bit more subtle and not let on that she has worked anything out?

Fans of the soap have been desperate to work out how Meena might get her comeuppance, and for one of Leanna’s friends to unveil the truth would be a satisfying conclusion to the story.

Leanna’s death has had a big impact on the whole village, but it seems Sarah’s growing fears about death and not living long enough could spur her to investigate.

Meena’s concerning behaviour has only increased since Leanna died, with the Emmerdale resident showing no remorse.

She’s even been tricking Liam into believing she understands him, and although he’s pushed everyone else away, he has allowed her to grow close to him.

Will Sarah’s concerns lead to the truth being exposed once and for all?

Emmerdale continues on Monday at 7pm on ITV. 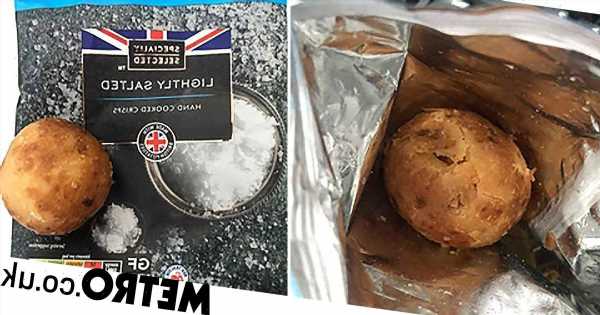