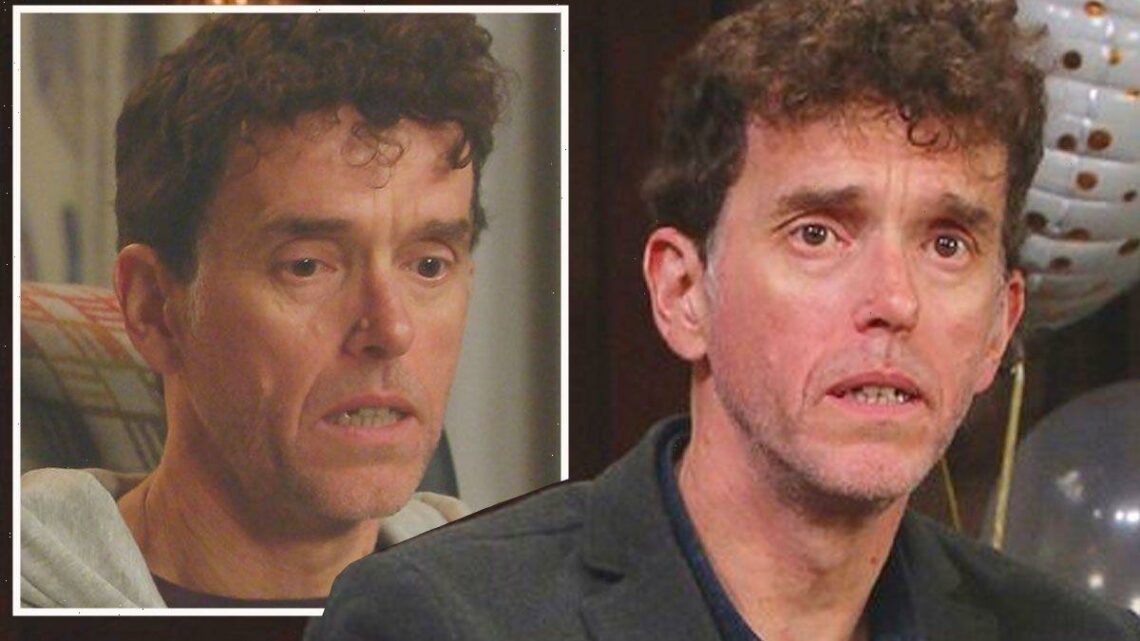 Marlon (played by Mark Charnock) has been trying to get his life back on track lately after he suffered a stroke earlier this year on Emmerdale. With his recovery taking over his life over the past few months, the father-of-two has not ventured back to the Woolpack pub where he used to work. However, in upcoming scenes on the ITV soap, he will make his grand return, but everything isn’t what it seems to be for the beloved character.

The drama continues in next week’s episodes as Marlon and his wife-to-be, Rhona Goskirk (Zoë Henry), are excitedly planning for their wedding.

Rhona becomes apprehensive though when Vanessa Woodfield (Michelle Hardwick) suggests they have a party to celebrate the couple’s engagement.

Since he had his stroke, Marlon hasn’t been in the celebratory mood as his recovery tends to use up most of his energy.

When the village vet suggests the idea to her groom, he is also left apprehensive but decides he needs to get back into the world.

Despite stating he will go back to the Woolpack to celebrate with his friends and family, the chef is extremely nervous. 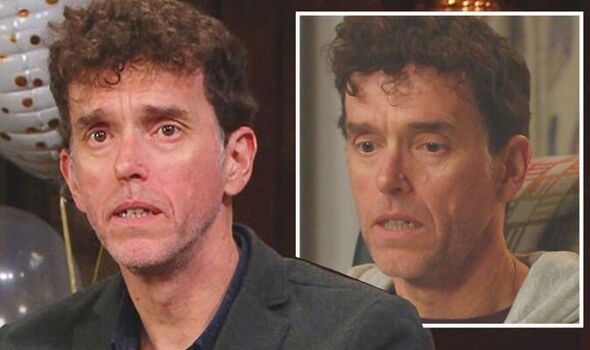 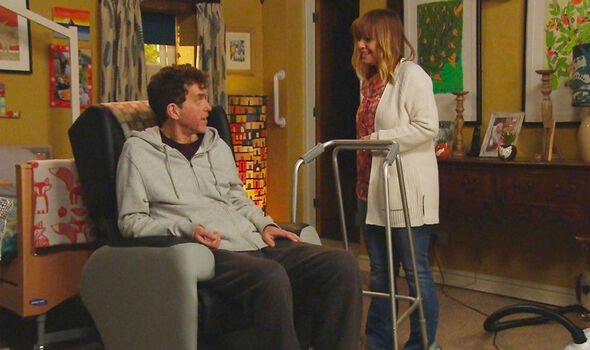 As part of his recovery, Marlon has only recently got back the use of his hands and has been seen helping with basic tasks in the kitchen when Mary Goskirk (Louise Jameson) is preparing dinner.

The pub is a huge reminder of what his life used to be like before the stroke and he doubts whether he’ll ever be able to return.

Knowing his best friend is nervous, Paddy Kirk (Dominic Brunt), tells him it will be ok and reassures Marlon it will be like stepping back in time.

Everyone is in high spirits when the couple finally turns up at the pub, with Marlon venturing inside in his wheelchair.

With his speech having improved rapidly over the past few weeks, Marlon is able to make a declaration of love to his wife-to-be. 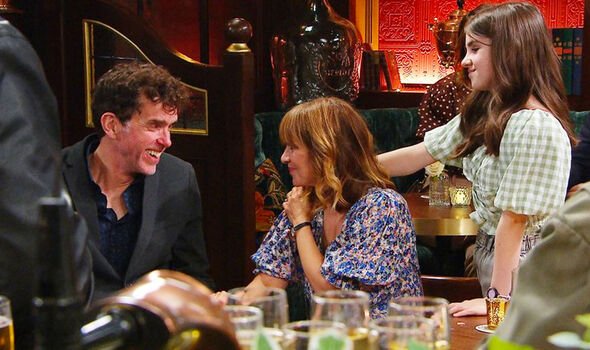 Was really nervous about the reaction

It seems everything is perfect, with April Windsor (Amelia Flanagan) also pleased to see her father back in the Woolpack.

However, it seems Marlon is playing a poker face and is not as content as he is making out to be, meaning he could be harbouring a secret.

This information he is keeping from his loved ones could be he has decided he will not return to working at the pub once he is back on his feet.

After acting as chef of the establishment for so many years, he could decide he is going to retrain in another job as he couldn’t face leaving the culinary world again if something else happened to him.

Could this be the final chapter in Marlon’s story at the pub or upon learning his secret, will his loved ones convince him otherwise? 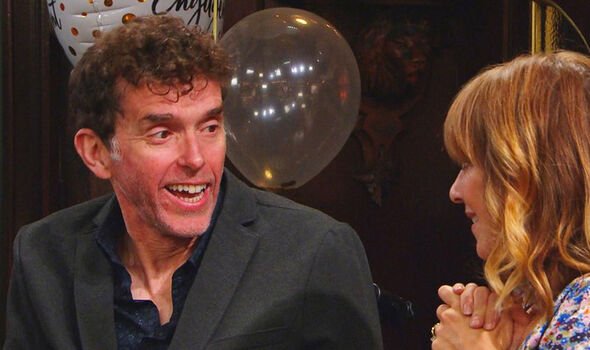 The actor who plays Marlon, Mark, has spoken about taking on this high-profile storyline 25 years after first joining the show.

Mark explained: “I was really nervous about the reaction because as we keep saying in all the interviews, no strokes are the same.

“So I was worried about the online response, but it’s been remarkable actually.

“Even if Marlon’s stroke wasn’t like the stroke they had witnessed or experienced themselves, they’ve empathised with it.

“What has been the most amazing aspect of it, for me, it seems to have raised awareness to the point a sub-community has gathered online, sharing their stories of stroke with each other. That’s heartening,” he told ITV’s This Morning.

Mark also spoke to Express.co.uk and other media about what life would be like for his character after his stroke.

The soap star said: “I think it will change the course of the character forever. I’m not worried about that so much as it’s just another part of his story.

“Soaps are unlike any other form of drama in that you turn the page on a script and it’s another day in the life of your character.

“These things happen to people and it happens to have happened to him like anything else could’ve happened to me. The way I’m looking at it is that it adds something to him rather than taking something away.

“It will change him but not necessarily in a bad way, I think it gives him more facets and more stuff to play with as a character,” he continued.

However, the actor hoped to offer some reassurance to viewers who might have experienced a stroke, either themselves or someone they know, that life could continue as normal.

“And hopefully inspire people watching it to maybe change their lifestyles a little bit in order to head this off before it happens to them because it happens to so many people.”

As part of Marlon’s wedding to Rhona, he hopes to be able to walk down the aisle to meet his wife without any help.

Will the beloved character manage to pull off the mighty feat?

Urgent search for missing girl, 13, who hasn't been seen in two days as cops plead for info | The Sun
Recent Posts