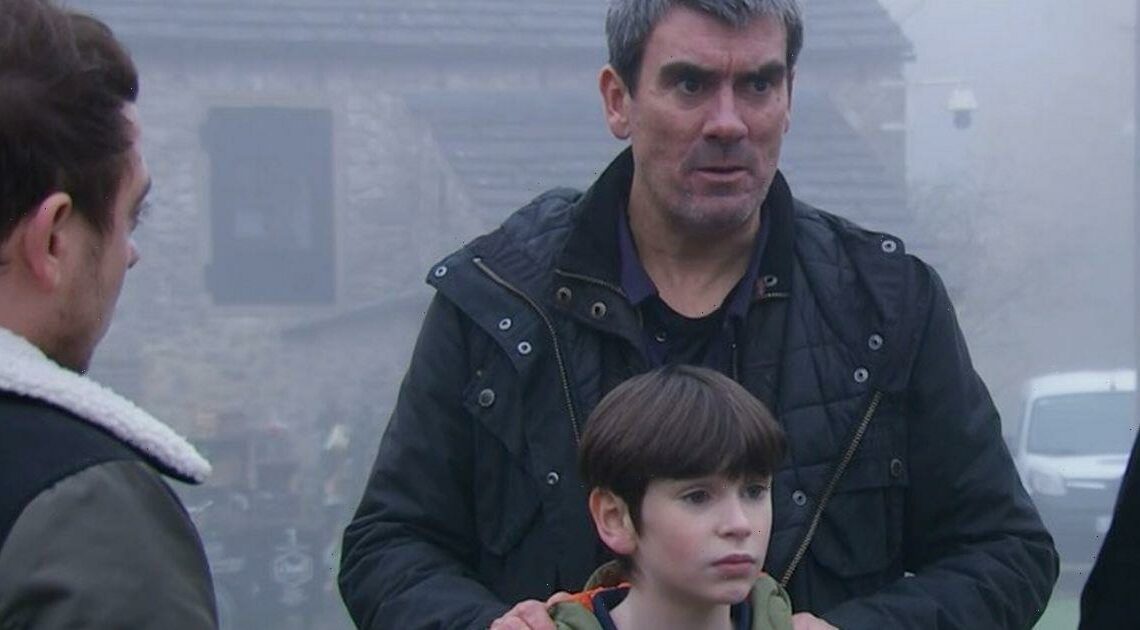 Emmerdale's Kyle Winchester finally returned home from his bail hearing on Thursday night after he confessed to killing Al Chapman.

Only recently, Kyle confessed to the police that he murdered Al after struggling with the guilt of his father, Cain Dingle, taking the blame for Al's death and going to prison for the murder despite the fact he's innocent.

During the latest instalment, Cain and Amy Wyatt nervously waited for the outcome of their son Kyle's bail hearing.

And later in the episode, it was good news as Amy returned to the village with Kyle as he had an emotional reunion with his dad Cain.

However, there was more heartbreak in store as Amy listed the bail conditions for Kyle, revealing that Cain wouldn't be able to see his son until the prosecution decide what to do, leaving the protective father livid.

Viewers were quick to react to the scenes as they questioned whether Cain's long-lost brother Caleb, who had helped the family free Cain and provide legal aid to Kyle, had something to do with the bail conditions.

Takin to social media, one person said: "I think Caleb had something to do with Cain not being able to seeing Kyle."

Elsewhere, a different account tweeted: "Sorry but how exactly is Cain the bad guy here? He literally was in Jail full on prepared for a life sentence to protect his Son only for Caleb to totally manipulate Kyle into confessing & Chas whose affair started it all is already back in with the family really? #Emmerdale."

Another person wrote: "#Emmerdale something doesn't smell right the way this whole Cain Kyle Amy thing is going. They're up to something" with a suspicious emoji.

It comes as Emmerdale star Fiona Wade broke her silence on quitting her Priya Sharma role on the hit ITV soap after 11 years.

Emmerdale continues weekdays at 7:30pm on ITV and ITVX.

Maks Chmerkovskiy: Baby No. 2 With Peta Has Been 'Long Time Coming'