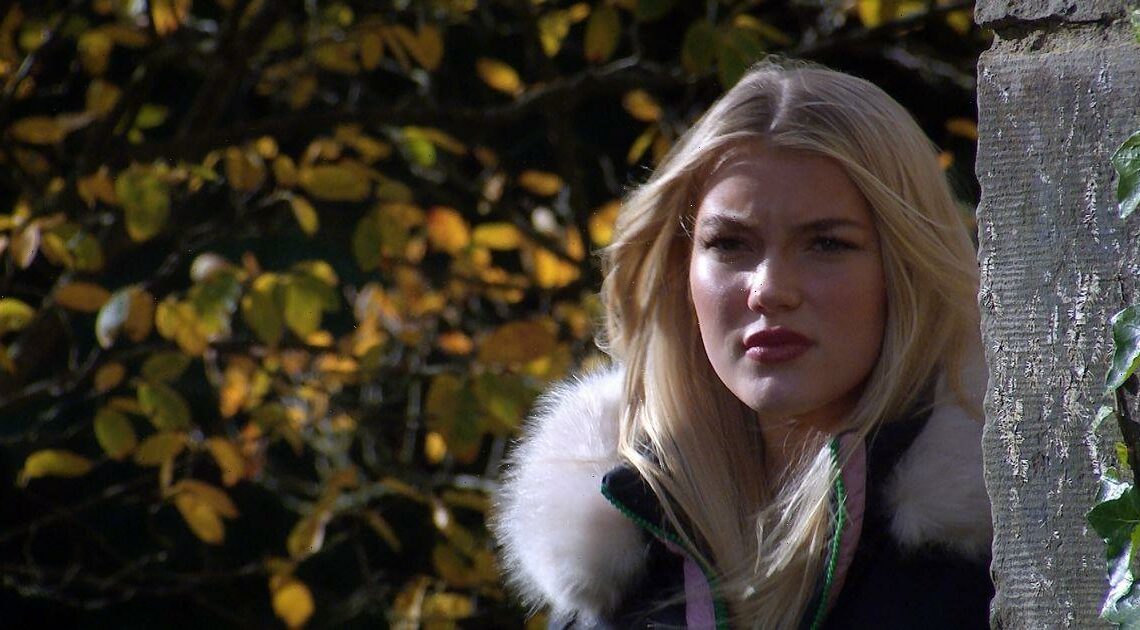 Emmerdale star Mimi Slinger, who plays Leanna Cavanagh, sent her fans into a frenzy as she shared some glamorous snaps on her Instagram page as her storyline has been escalating on the soap.

Mimi, who has played troublesome teenager Leanna on the soap since 2018, looked gorgeous as she shared snaps of her birthday celebrations earlier this year.

The blonde bombshell's social media is full of glamorous snaps, and her birthday snaps were a small addition to the stunning displays which have earned her plenty of followers.

This comes as fans are fearing that she could be the one to get killed by manipulative Meena Jutla during this week's episodes.

She posted a picture of her birthday cake on her Instagram, which was placed on a table with a candle and fruit, and had Happy Birthday Mimi iced on the top.

The second snap showed Mimi striking a pose at her dinner table as she enjoyed the celebration, as she wore a sombrero on her head while another could be seen in the corner in front of a brightly coloured table.

Mimi donned a plunging black dress with a criss-cross strappy design over her chest as she lifted a glass of fizz into the air.

She looked seriously glamorous as she let her blonde locks fall into a sleek style around her shoulders while keeping her make-up simple but elegant, adding lashings of mascara to her lashes.

This isn't the only glamorous snap Mimi has shared on her page, as she posted several pictures of herself pouting in the bath.

The blonde beauty sent her fans into a frenzy as she donned a top with a neckline that cut down to her stomach, showed off her hourglass proportions.

She paired it with matching brown jeans as she pouted at the camera, telling her fans that she had climbed into the bath to take the shot.

Mimi looked a far cry from Leanna, who has settled into village life after moving to the Dales with her doctor father Liam.

Viewers are terrified that she is going to be one who gets killed by Meena Jutla after finding herself in possession of evidence that Meena is hiding a deadly secret.

One fan posted on social media: "I know Meena is set to kill someone. I have a feeling it will be Leanna Face with monocle .. or Manpreet, surely be too obvious to be Jacob."

A third agreed: "Gonna be a bit weird saying goodbye to…everyone" Anyone else now getting that sinking feeling with Leanna!"

Fans will have to wait and see who the tragic victim is going to be as the shock scenes will be aired next week.

'The Kominsky Method's Paul Reiser on Why the Show's Producers Insisted on Aging Him With Makeup: 'It Was Frightening'