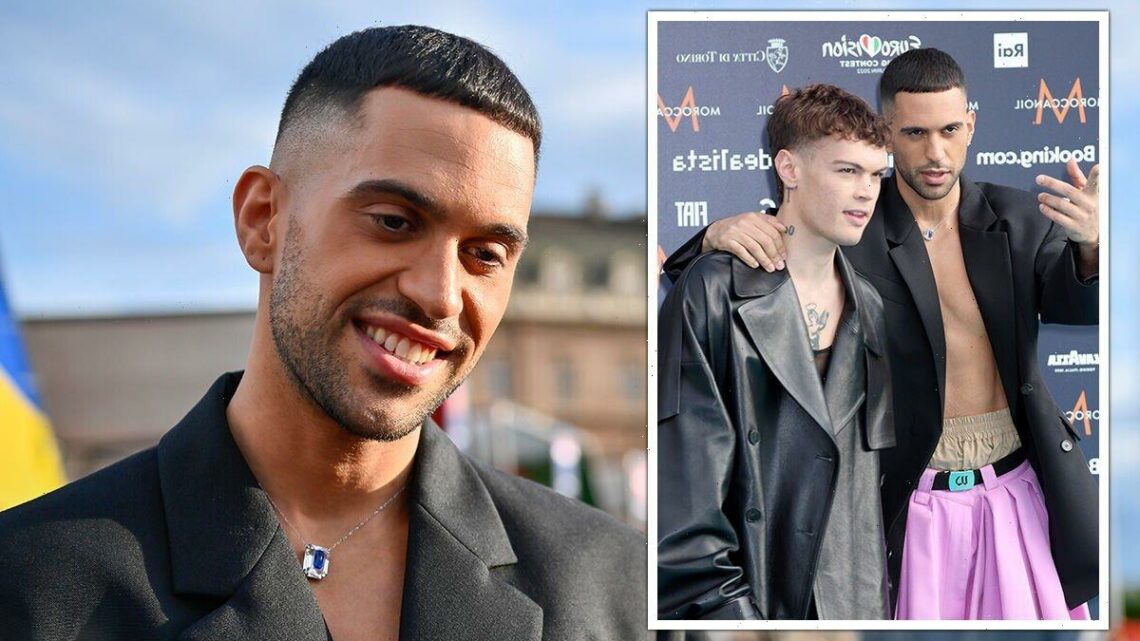 Mahmood and Blanco have secured a place in the Eurovision Song Contest’s Grand Final with their ballad Brividi. Mahmood, whose real name is Alessandro Mahmoud, may sound familiar as he was the runner-up in the contest in 2019. The bookmakers initially thought Mahmood would be the one to watch, but Italy’s act has been pushed further down the table.

Representing Italy alongside Mahmood is Riccardo Fabbriconi, known as Blanco, after they won the 72nd Sanremo Music Festival with Brividi earlier this year.

While the bookmakers originally predicted Italy’s act could secure another win for the country, Sweden is now ahead of them in the betting.

Sweden is being represented by Cornelia Jakobs with her song Hold Me Closer.

With this year’s final now just a day away, the bookies have Ukraine at 2/5 in the betting to win with Kalush Orchestra’s tune Stefania.

The UK’s entry Sam Ryder is the 6/1 second-favourite as things stand with his pop hit Spaceman.

Sweden’s odds of winning stand at 7/1 which means Italy has been pushed down to fourth place at 9/1.

Elsewhere, Spain’s odds of going all the way are continuing to be cut and are now just 14/1.

Meanwhile, Germany, Iceland and Azerbaijan are among the rank outsiders at 300/1 each.

Alex Apati of Ladbrokes said: “The odds suggest it might take something pretty spectacular to stop Ukraine from winning Eurovision.”

He added: “But plenty of punters are interested in Sam Ryder’s chances for the UK.

“He’s the second most popular pick in terms of bets placed and firmly among the frontrunners to cause an almighty upset as far as the history books are concerned.”

Walking On Sunshine singer Katrina Leskanich, who has won the Eurovision Song Contest for the UK with her band Katrina and the Waves spoke about the UK’s entry on Friday’s episode of This Morning.

She said: “People are feeling the love for Sam, and do you know why? It’s because he looks like a Viking. He’s got that Viking vibe.”

However, when host Alison Hammond asked whether Sam will take home the Eurovision crown, she said: “No he can’t win, he won’t win.

“Ukraine is going to win, you say it’s political, it is political.

“But it can be a heartfelt political moment, and we need to give it to Ukraine.”

Despite the ongoing war between Russia and Ukraine, Kalush Orchestra is determined to host next year’s Eurovision in Ukraine if they are crowned the 2022 winners.

Leader singer Oleh Psiuk told ITV viewers on Thursday: “They will all be able to go back to Ukraine.”

Who is Don Moore? The boxer fighting Floyd Mayweather on a helipad in Dubai
Recent Posts