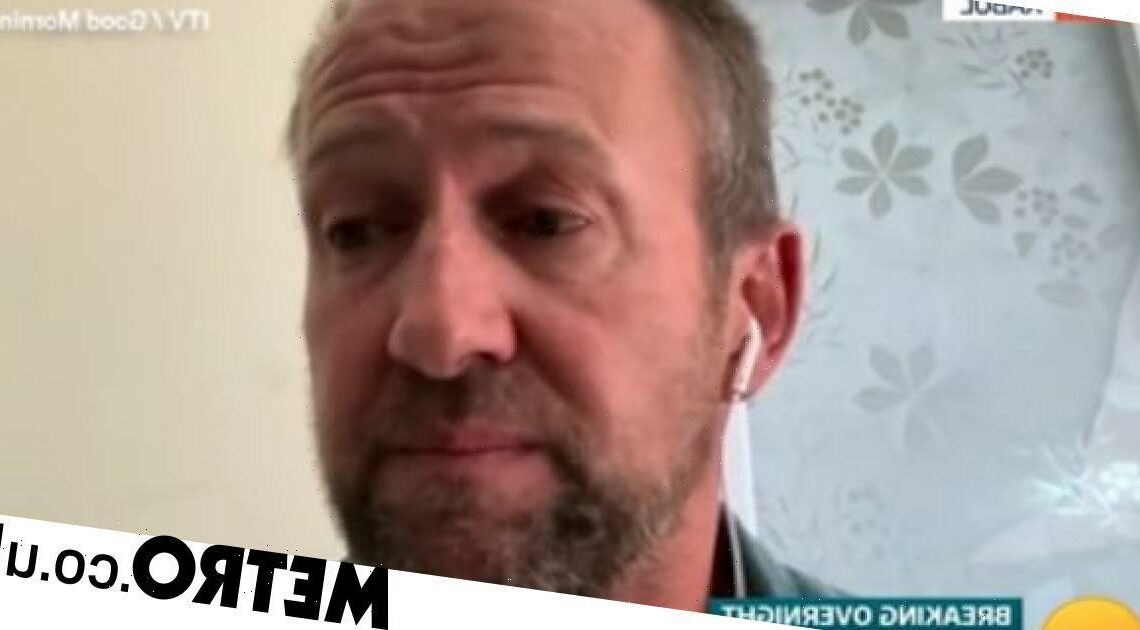 Ex-commando in Afghanistan fights back tears over Taliban takeover 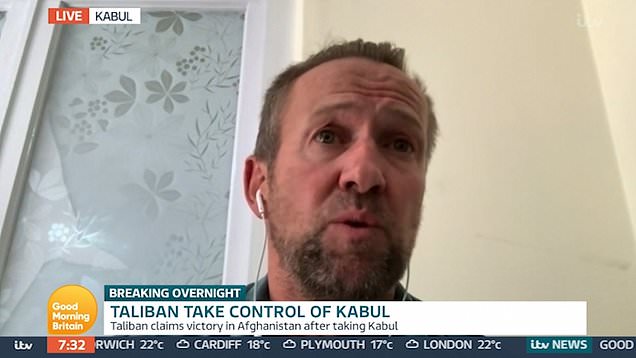 A former royal navy commando was fighting back tears as he discussed the Taliban takeover on today’s Good Morning Britain.

Paul ‘Pen’ Farthing joined Kate Garraway and Charlotte Hawkins live from Afghanistan where he said the UK had ‘absolutely made a mess’ of the country and ‘we need to hold our heads in shame.’

‘I’m trying to hold it together,’ Pen said, visibly upset. ‘I saw you guys put a graphic up on the number of people who’ve died here in Afghanistan and without a doubt, it’s been a complete loss of life for the last 20 years.

‘What is happening in Afghanistan today is a complete travesty. The US and the UK are now giving the world a masterclass in how to completely ruin a country and just create a humanitarian crisis.’

He continued: ‘The scenes at Kabul airport last night were just absolutely terrifying. Even if there was a flight to get out of Afghanistan right now, we could not travel to the airport.’

Pen said that he was staying in Afghanistan because he couldn’t bear the thought of leaving his Afghan staff on their own but noted that his presence might put them in more danger. 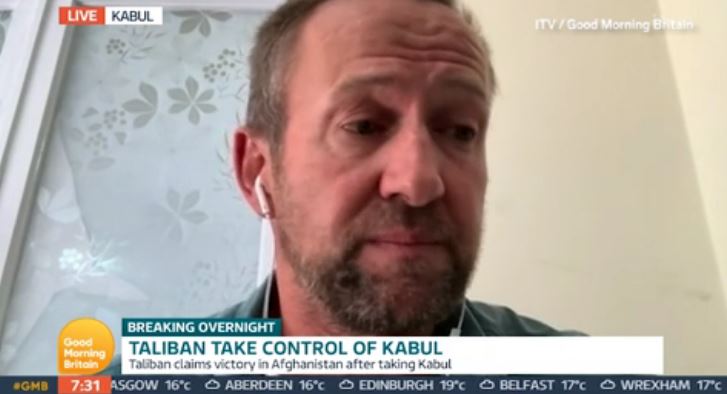 ‘The Taliban control the city now,’ he added. ‘They won’t let you travel across the city unless you’ve got a letter of permission from them to do so.’

Around 4,000 British nationals and eligible Afghans are thought to be in the city and in need of evacuation.

When the Operation Pitting rescue operation, involving 600 troops, was announced at the end of last week, Defence Secretary Ben Wallace said it could carry on through the rest of the month.

However, the speed of the Taliban advance suggests that there may only be a short window of a few days to get people out.

In a sign of the desperate situation, the British ambassador Sir Laurie Bristow was said to be helping the small team of diplomats still in the country to process the applications of those hoping to leave.

There was particular concern for the safety of Afghans who worked with British forces when they were in the country as interpreters and other roles amid fears of reprisals if they fall into the hands of the insurgents.

The Taliban insisted that they were seeking a peaceful takeover of power and were prepared to offer an amnesty to those who had worked with the Afghan government or with foreign governments.

However, those assurances were being treated with deep scepticism by many British MPs amid reports of threats to those who remain and their families.

Labour called on the Government to urgently expand the resettlement scheme for Afghans to ensure that none were left behind.