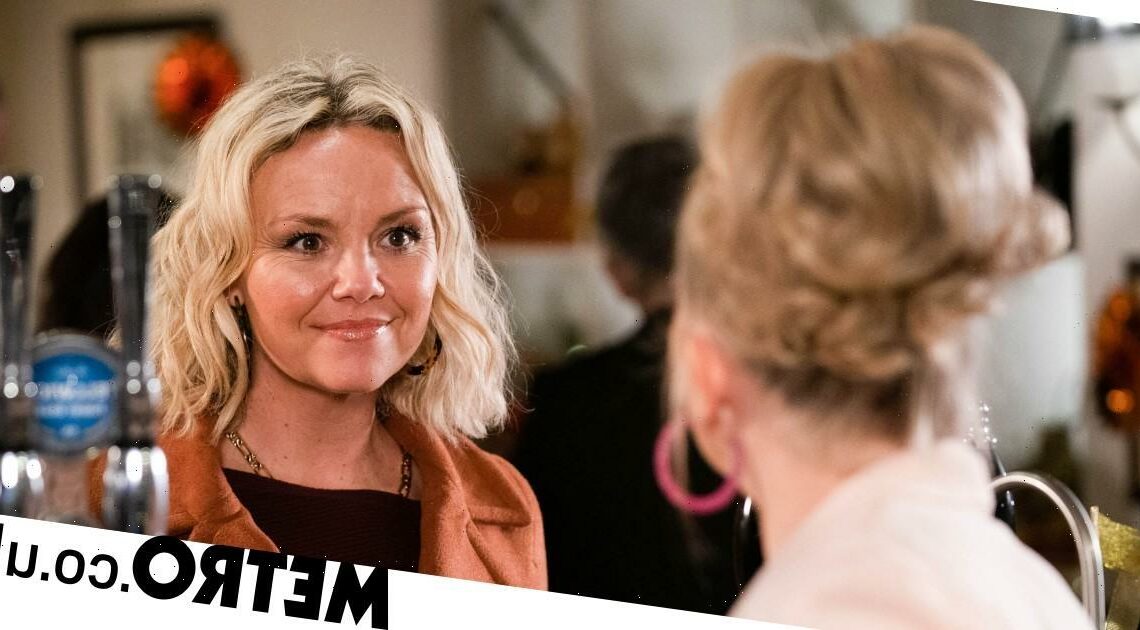 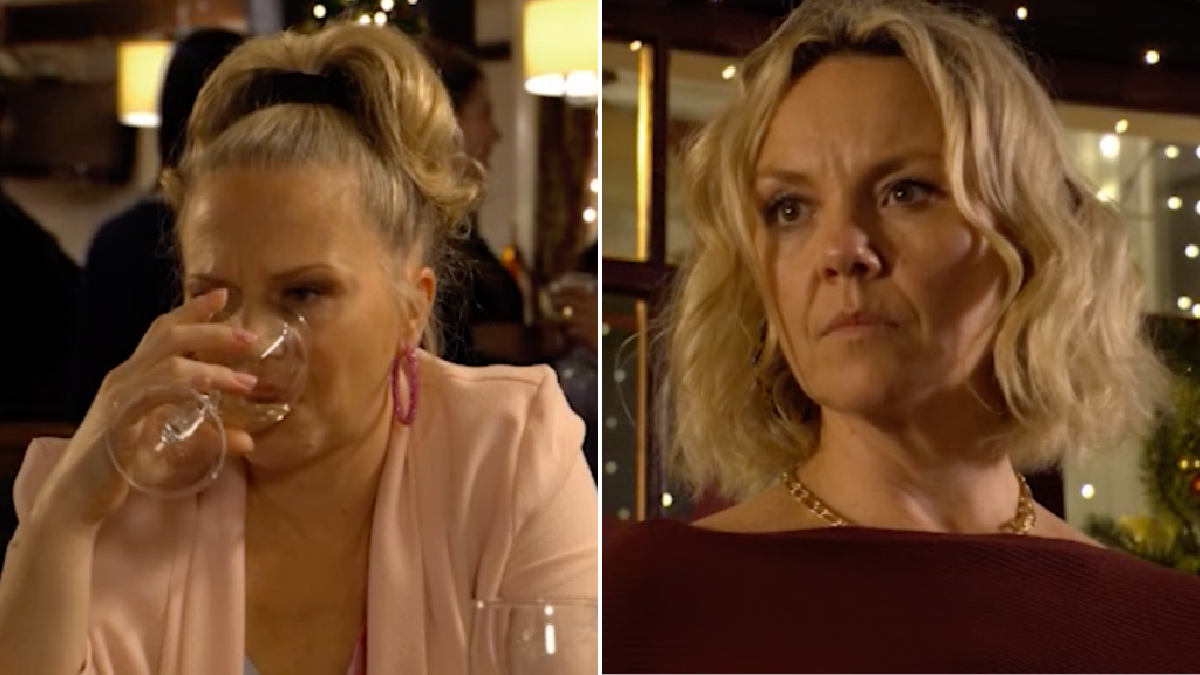 EastEnders fans have pointed out an obvious mistake during a recent scene with Linda Carter (Kellie Bright) and Janine Butcher (Charlie Brooks).

The landlady of the Queen Vic, as viewers know, is currently on a break from Walford, after Rainie Highway (Tanya Franks) threatened to reveal that her newborn baby was Max Branning’s (Jake Wood) child, not Mick’s.

But Linda made a rare appearance in Tuesday’s (December 28) edition of the BBC One soap, as Janine – desperate to have Mick all to herself – paid her a visit.

Janine had previously tried to seduce Mick with a stolen kiss under the mistletoe, before undressing and getting into his bed, but her efforts have proven fruitless, as Mick’s heart well and truly belongs to Linda.

Arriving to see Linda, who’s was working behind the bar at her mum’s pub, Janine operated under her Judith Bernstein alter-ego.

Janine’s attempt at tempting Linda with alcohol worked as she eventually returned to the bottle.

When these scenes aired, fans were quick to point out the error – Janine and Linda already know each other.

‘Hasn’t Linda bumped into Janine before?’, one fan asked.

‘I thought Linda knew Janine from a previous time Janine was in the Square?’, another added.

I thought Linda knew janine from previous time janine was in square? #EastEnders

So, even though Linda memorably threw Janine out of the pub seven years ago, she didn’t recognise iconic and very memorable Janine Butcher…