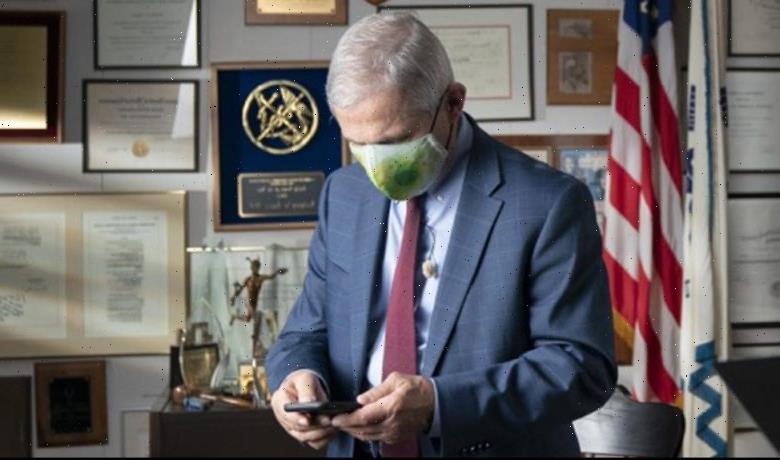 It’s hard to imagine a less appealing film, in the late summer of 2021, than a documentary about Dr. Anthony Fauci, a man who’s already been on all of our screens every day for the last 18 months. His honeyed Brooklyn growl is as familiar to us now as the sound of our own masked breathing; his mousy face an instantly familiar shorthand for (another) grim chapter of American history. There will come a time when the world is ready to reflect on the COVID-19 pandemic and recognize the heroes who helped mitigate our losses, but it’s hard to look back on something that isn’t over yet, or burnish any statues when children’s hospitals in the richest country on the planet are running out of beds.

Nevertheless, and in the spirit of its namesake, John Hoffman and Janet Tobias’ TV-ready “Fauci” marches forward as if nothing matters but the job at hand. The result is a fittingly sober and unflashy biodoc that’s far less engaging as a portrait of a public servant (brace for exclusive footage of Fauci drinking coffee in his kitchen) than it is as a testament to the values he’s embodied during his many decades of being America’s doctor.

You don’t need to see this movie to imagine what some of those might be. Tenacity. Empathy. Most dramatically, the need to maintain a degree of humanity in scientific research so that our scientific research can better maintain humanity. While some of these virtues came easy to Fauci, anyone who first learned his name during the 1980s knows that others were hard-learned. If this blandly loving tribute is never more than a stone’s throw away from (well-deserved) hagiography, it also strains to make sure that Fauci appears most heroic for his shortsightedness, and for his willingness to address it while making life-or-death decisions in the public eye.

Yes, it’s always reassuring to remember that our health is in the hands of such a level-headed dork who still abides by the “men for others” mindset he picked up from his Jesuit high school, but none of the film’s new footage tells us anything you couldn’t figure out about Fauci by watching him sweat through one of Trump’s COVID press conferences. We know that Fauci’s work schedule reached a whole new level of sleeplessness once the pandemic began, we know that he risked being unpopular because he told us truths that we didn’t want to hear, and we know that while he was busy treating America a single patient on his table people like Greg Gutfeld — host of Fox News’ Peabody-winning “Gutfeld!” — were calling him a partisan hack on national TV.

Fortunately, Hoffman and Tobias don’t spend too much time dragging us through the same political muck that we still haven’t been able to scrub off our clothes (Fauci’s obvious disdain for Trump is distilled into a single word: “Yikes”). Instead, viewers are spared by the tender mercies of biodoc tropes, as “Fauci” puts a pin in the action to wind back the clock and walk us through how its subject came to develop such an adamantium shell.

Perhaps the most fascinating takeaway is that the moral arc of Fauci’s career has depended less on building immunity to public criticism than on working through it. The womb-to-tomb stuff here is bound to be a chore in a film about someone famous for working 12-hour days, and watching Fauci recount his (adorably dull) meet-cute with his wife — or listening to his kids insist that their dad isn’t just a science android — is as fluffy and unhelpful as you might expect. But as Hoffman and Tobias’ gallery of talking heads walk us through Fauci’s early years at the National Institute of Allergy and Infectious Diseases, that head-in-the-sand work/life imbalance begins to reflect the scientific community’s disconnect from the people they strive to protect.

This country has suffered any number of health scares during Fauci’s tenure, but two crises tower above the rest and continue to uniquely inform each other. One is COVID-19, and the other is the AIDS epidemic. Fauci became a pariah for different groups of people during both of these outbreaks, but this documentary wastes little time honing in on one key difference: At the height of the AIDS crisis, the people who wanted Fauci’s head on a pike were the ones who took the virus most seriously, as opposed to — say — the ones parroting Republican talking points about how masks infringe their First Amendment rights.

But for all of Fauci’s concern about the “gay cancer” that was fatal in 100 percent of cases, he felt beholden to slow-moving scientific norms. “Rigidity was perfection,” he says in the film, stressing that he didn’t want to do anything that would rock the boat or get in the way of perfect medicine. Fauci’s reluctance to approve certain treatments left dying men no choice but to get life-extending drugs from Mexico, and organizations like ACT UP to regard him as the biggest impediment to a potential cure. Scientific fastidiousness gave way to political fear-mongering as the epidemic metastasized into a generational flashpoint, and large swaths of Americans scape-goated the gay community in order to wash their hands (and rid their hearts) of the problem.

“Fauci” — even in the moments when its subject breaks down in tears due to the PTSD he still carries from his lost patients — fails to dig all that deeply into the doctor’s mindset, or detail how the urgency of the AIDS crisis thawed his hard-line thinking. Maybe it was the simple matter of a decent man realizing that drastic times called for drastic measures; we’re left to imagine that Fauci’s decision was made for him once he understood what was at stake.

More revealing and more resonant is that Fauci was so determined to find the most sensible treatment, even when that search led him into the lion’s den (in this case, a hostile ACT UP meeting full of people who impressed the semi-patronizing doctor with their knowledge of virology). That several of the men in that room are now proud to be the doctor’s friend — that they’re still alive to be anyone’s anything — is the film’s most affecting testament to Fauci’s quiet acumen and resolve. The decision to go full “A Beautiful Mind” and underscore a victorious speech he gave with soaring music feels like it belongs in a biodoc about someone else.

Times have changed, and taming this pandemic — at least to some degree — hasn’t left Fauci with that feeling of a job well done. “We’ll get through COVID despite ourselves,” he says in response to a degree of ideological polarization unlike anything he saw in the Reagan years (the film amplifies his lament with footage of Democrats and Republicans clapping together after congress pledges $50 billion to fight AIDS). But “Fauci” the movie, like Fauci the man, is more concerned with all that has remained the same. People are still apathetic to anything that doesn’t affect their community, and when it does they would rather place blame than address the problem. A sustained investment in science is still the only thing that will help mitigate the horror of future pandemics.

Above all else, it is still impossible — both spiritually and medically — to take care of ourselves if we don’t also take care of each other. “Fauci” may be limited to a liberal audience who already have that bumper sticker pasted on the back of their Prius, but if that message could get through to Fauci while scores of dying men shouted him down on all sides, perhaps there’s some hope that a bare-bones doc about him might have the same effect on someone whose TV is blaring “Gutfeld!” Or whose headphones are full of Joe Rogan, for that matter.

“Fauci” world premiered at the 2021 Telluride Film Festival. National Geographic Films will release the film in theaters on Friday, September 10.

Afghan refugees will get lessons in Britishness
Recent Posts