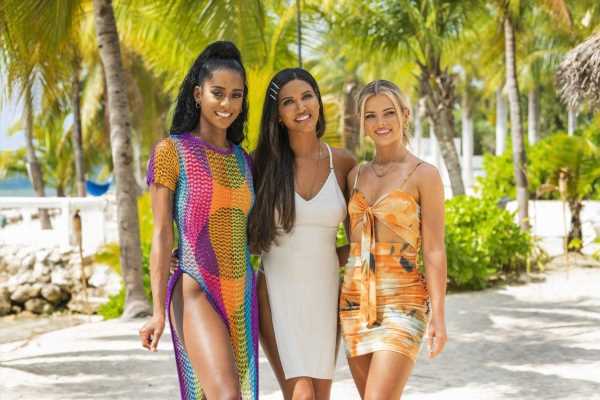 If you’re still obsessed with HBO Max’s new reality TV dating show FBoy Island, you aren’t alone. Since premiering on July 29, 2021, the show has amassed quite a following. Unlike other conventional dating shows, FBoy Island turned the typical reality tv dating tropes on their heads. The finale aired on Aug 12 after a wild ride of ups and downs for those involved.

How does ‘Fboy Island’ work?

If anyone thought they were getting a standard dating show with FBoy Island, they were sorely mistaken. The show, created by former The Bachelor executive producer Elan Gale, takes three women and places them in a resort with 24 men. The trick is that 12 of those men are self-proclaimed “FBoys” while the other 12 are self-proclaimed “nice guys.”

The women weren’t privy to the knowledge of who was who. They had to use their own intuition to decide if the man they were interested in would be someone interested in pursuing a relationship outside of the show.

Sarah Emig says the women predicted all the men’s statuses

Since the finale, Sarah Emig, CJ Franco, and Nakia Renee have discussed their time on the show. In a tweet and in a saved Instagram Story, Emig talks about how she and the other two women, CJ Franco and Nakia Renee, had figured out everyone’s identity by day five of filming.

Emig then went on to share a photo of the list of predictions, and we have to admit, the girls’ “FBoy” detecting skills are on point. Categorized as an “FBoy,” Garrett Morosky is number one on the list. Other “FBoys” include Casey Johnson, a man Franco got close with. Greg Metelus, Peter Park, and Divij Vaswani were listed as “FBoys” too.

As for the “nice guys” on the list Garrett Powers, Fernando Titus, and Mark Mark Moran were some of the men listed.

With every reality tv show, there’s a lot of action that happens behind the scenes. The way the editors cut the episodes for either time or drama has a lot to do with how viewers perceive contestants.

Since the show ended, Emig has been getting flack from fans because of her final decision in the finale. Emig pursued a relationship with “FBoy” Morosky from the start of the show. When his identity was revealed as an “FBoy” halfway through season 1, Emig continued to give him numerous chances to make up for his bad behavior.

Emig had narrowed down her choices to be “nice guy” Josh McDonald and Morosky during the finale. She ended up choosing Morosky, and ultimately, he decided to break it off with her. This meant she didn’t win any part of the cash prize. In a final twist, host Nikki Glaser announced that Morosky wouldn’t be taking home the dough either. Instead, he would have to donate it to a charity of Emig’s choosing.

Out of the three, Franco was the only one to choose a “nice guy” in the end. Since the show, however, there’s been little evidence that she or Renee are still with the men they picked. All episodes of FBoy Island Season 1 are streaming on HBO Max.

How to prepare your home for flooding this hurricane season