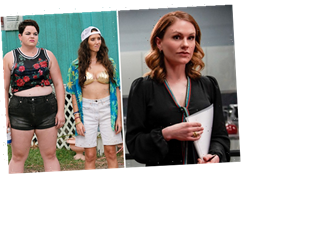 Here’s a situation that would challenge even Flack PR guru Robyn: Pop has cancelled the dramedy just shy of its Season 2 premiere.

Per our sister site Variety, the cable network also yanked Florida Girls, which it renewed for Season 2 in October 2019, and Best Intentions, a coming-of-age comedy from American Pie‘s Adam Herz. Best Intentions had not yet premiered on Pop.

The studios behind the series will be able to shop them to other networks.

The cancellations mean that only One Day at a Time and Schitt’s Creek remain on Pop’s scripted series slate. Mother Mary, a comedy pilot from Crazy Ex-Girlfriend‘s Rachel Bloom that reimagines the story of the Virgin Mary: “What would happen if the most irresponsible and laziest human on Earth was impregnated by immaculate conception?”

Flack was scheduled to return on Friday, March 13, for Season 2.

“We are extremely disappointed in Pop’s decision to not move forward with Best Intentions,” a spokesperson for A+E Studios, which produces Best Intentions, said via statement. “We have complete confidence in our creative team and are actively shopping the series to other outlets.”