The singer and actress returned to screens on Sunday for a new instalment of Cruising with Jane McDonald on Channel 5. In this episode, her journey was closer to home and it followed her and some friends as they cruised along the River Thames. During the first leg of their journey, they visited Hampton Court, the home of Henry VIII. But Jane was left terrified after being told a scary story about a haunted room.

“This is the haunted gallery because Catherine Howard was Henry VIII’s fifth wife, and she had been unfaithful and was arrested and eventually executed at the tower.

“But she was imprisoned here but she managed to escape one night, came screaming to the holy day closet door, where Henry was praying.

“She screamed ‘forgive me’ at the door and he refused to answer the door. 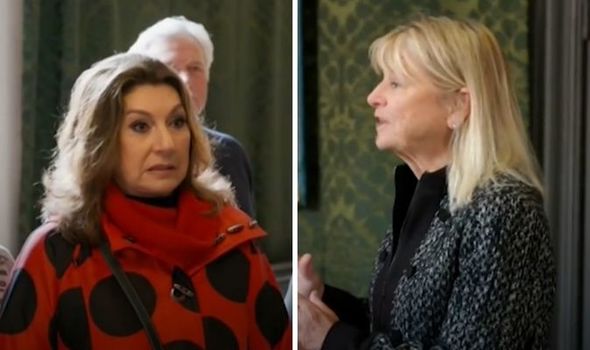 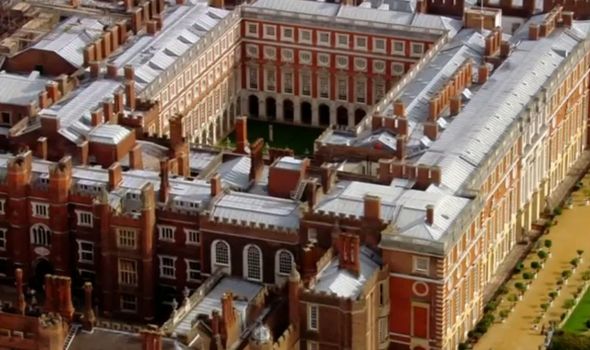 “And the guards dragged her, screaming, back to the Queen’s apartment.

“And over the centuries, people have heard her screams and taken days off work, they’ve been so upset.”

“I’m frightened to death,” Jane admitted as her friend added: “It gives you a shiver.”

After visiting Hampton Court, Jane travelled along the river to Shepperton Lock. 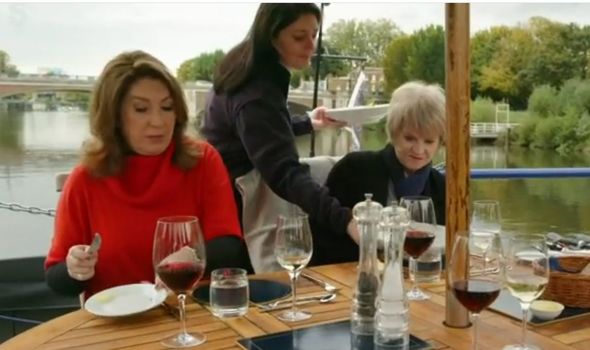 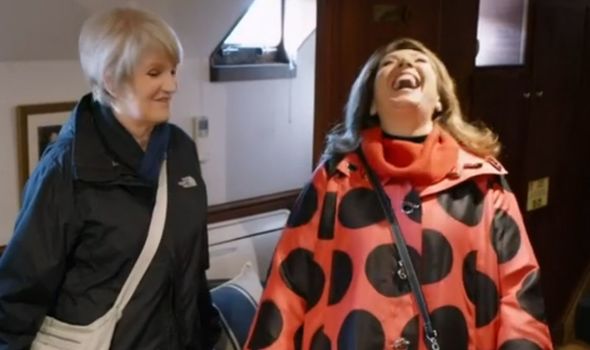 From there, they cruised onto Windsor Castle before arriving at Cliveden House.

Hurley was the next stop before the cruise ended at Henley-on-Thames.

The group enjoyed their own personal crew on-board, with chefs and other staff assisting them.

The show sees her immerse herself in food, activities and communities.

Commenting on travelling in the UK, Jane said: “I haven’t got to get up to the crack of dawn and get to the airport.

“Because that’s the trouble isn’t it? You know, when you go abroad there’s all that kerfuffle you’ve got to go through.

“But you just pull up here and get on your barge.”

With the show usually seeing Jane explore different parts of the world, fans were quick to comment on the fact that the episode was based in the UK.

One took to Twitter to say: “Switched on Cruising with Jane McDonald but she’s in the UK…”

Another wrote: “Could be the first ever episode of cruising with Jane McDonald that I’m not overly a***d about tonight.”

But others enjoyed it, with one fan commenting: “Cruising with jane mcdonald is the highlight of my week.”

“Cruising with Jane McDonald is definitely the TV highlight of the week isn’t it?” another echoed.

Cruising with Jane McDonald airs at 9pm on Sundays on Channel 5.