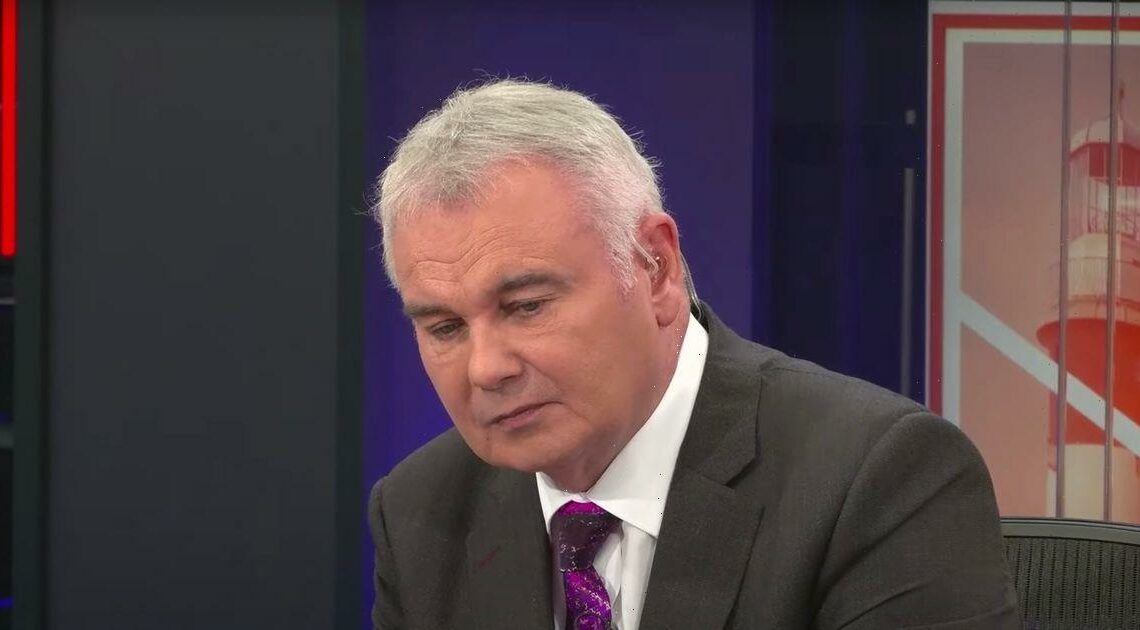 Eamonn Holmes was not happy on GB News as he spoke of the news that Prince Harry would be speaking about climate change at the United Nations.

The 62-year-old broadcaster previously left his position on the long established ITV’s This Morning to present a new show on the year-old fledgling start-up station.

And it looks like the anchor is getting lively on the new show, which he presents alongside former Sky News presenter Isabel Webster as he branded the Prince a "hypocrite".

Royal commentator Rafe Heydel-Mankoo was invited into the breakfast show to discuss a new book on The Duke and Duchess of Sussex by Tom Bower and that’s when things took a turn.

The former ITV presenter first enquired about the news about Prince Harry, as the 37-year-old royal is set to give a keynote speech at the United Nations on the subject of Climate Change.

The royal commentator at first called the news "remarkable" before going on to slam Her Majesty The Queen’s grandson, saying: “If it wasn’t so hot today, you would think that it’s April Fools day.”

He continued: “Quite frankly asking Prince Harry to talk about climate change is akin to the Vatican asking Boris Johnson to talk about celibacy given how large this man’s carbon footprint is.”

Although Eamonn’s fellow presenter Isabel Webster attempted to present the other side, asking the pair if their criticism of the Duke of Sussex is fair, Eamonn quickly interjected.

The TV personality exclaimed: “It is fair, he gets private jets everywhere.”

Isabel carried on trying to defend the Royal family in the discussion, saying: “That’s not just unique to him.”

But Rafe was quick to take the lead on the discussion, pointing out that he feels differently.

The commentator exclaimed: “Not by everybody.”

He continued: “If you’re going to deliver a keynote speech on climate change you would assume that rather than virtue signalling you would address some of the issues in your own life.”

Eamonn struggled to hold back further criticism as he exclaimed: “It’s a bit hypocritical,” while, at the end of the discussion, the former GMTV anchor pondered whether the news was a “celebrity booking” for the United Nations and he asked “what qualifies” the Prince to make the speech.

Prince Harry is expected to pay tribute to the legacy of the South African anti-apartheid leader, Nelson Mandela, during his address.

Prince Harry and former actress Meghan Markle were invited to the UN last year for the World Leaders Meeting, while in 2015, The Duchess of Sussex previously gave a keynote speech at the UN women’s conference on International Women’s Day.