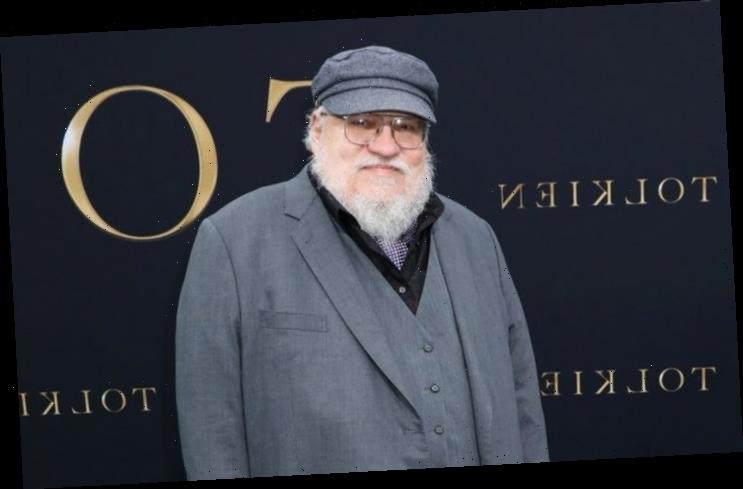 Unlike what the tragic ending shown on the HBO TV show, the author of ‘A Song of Ice and Fire’ will not kill one of the most beloved characters in his upcoming book.

AceShowbiz –George R.R. Martin is changing the fate of one of “Game of Thrones” most beloved characters in his hit series of novels.

Fans of the HBO fantasy series were left devastated when Kristian Nairn‘s Hodor perished in season six of the show, after being commanded to “hold the door” amid an attack from an army of undead ‘wights.’

His heroic actions allow Bran Stark (Isaac Hempstead Wright) and Meera Reed (Ellie Kendrick) to escape but, according to James Hibberd, author of “Fire Cannot Kill a Dragon: Game of Thrones” and the “Official Untold Story of the Epic Series“, Martin is plotting a different fate for the character.

“As Game of Thrones fans know, the lovable, monoverbal Hodor (Kristian Nairn) perished in the season 6 episode ‘The Door’,” he writes. “The gentle giant was commanded to ‘hold the door’ and used his weight to block an exit as undead wights attacked, allowing Bran Stark (Isaac Hempstead Wright) and Meera Reed (Ellie Kendrick) to escape.”

“I thought they executed it very well, but there are going to be differences in the book,” adds Hibberd. “They did it very physical – ‘hold the door’ with Hodor’s strength. In the book, Hodor has stolen one of the old swords from the crypt. Bran has been warging (transposing his consciousness) into Hodor and practicing with his body, because Bran had been trained in swordplay.”

“So telling Hodor to ‘hold the door’ is more like ‘hold this pass’ – defend it when enemies are coming – and Hodor is fighting and killing them. A little different, but same idea.”

For the show, however, co-producer Dave Hill explains the writers opted for a more literal approach to the command, explaining, “holding the door is visually better, especially because we have so much fighting.”

Release dates for the final two planned volumes of the “A Song of Ice and Fire” saga, “The Winds of Winter“, and “A Dream of Spring“, have yet to be confirmed.

Flu Jab drive thru: Where can you get a FREE NHS Drive-Thru flu vaccine?
Recent Posts