Home » TV and Movies » George R.R. Martin Praises ‘Dark, Visceral’ ‘House of the Dragon’: ‘Just the Way I Like My Fantasy’ 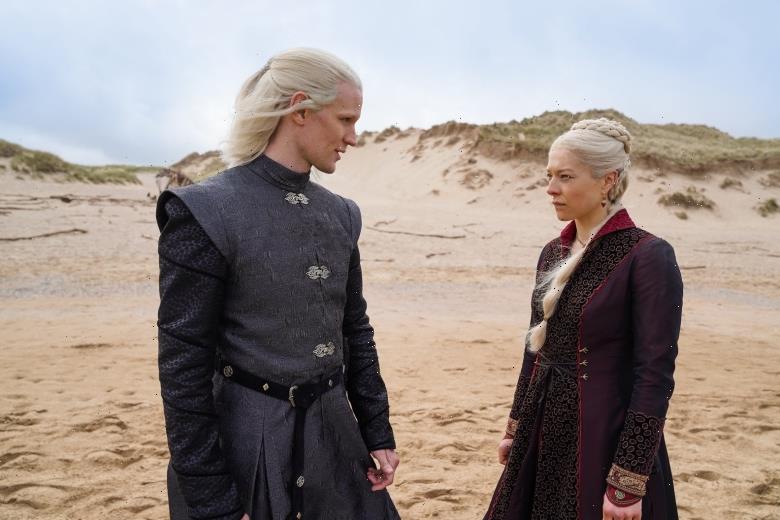 George R.R. Martin Praises ‘Dark, Visceral’ ‘House of the Dragon’: ‘Just the Way I Like My Fantasy’

The premiere of the upcoming “Game of Thrones” Targaryens-centered spinoff series “House of the Dragon” hasn’t set an exact date, but we know it’s dropping sometime in early 2022. Based on George R.R. Martin’s 2018 book “Fire & Blood,” “House of the Dragon” will tell the story of the House of Targaryen (also known as the House that gave us the Mother of Dragons herself, Daenerys Targaryen) and take place 300 years before the events of the original “Game of Thrones” series. And while we don’t know exactly when the series is hitting, author Martin has shared his first impressions of the 10-episode series: He loved it.

As he wrote on his blog titled Not a Blog, “I have got to confess, I was chuffed to read that the most anticipated new show, according to IMDB, was… (drum roll, please) ‘HOUSE OF THE DRAGON’! That’s a hell of a list to be at the top of, too. Amazon’s new Tolkien series? Neil Gaiman’s ‘Sandman’? Marvel shows? ‘Star Wars’ shows?”

He added, “I am anticipating ‘House of the Dragon’ pretty eagerly myself, for what it’s worth. Okay, I am hardly objective. And I know a lot of what you will be seeing. (I, um, wrote the book). Also … mum’s the word now, don’t tell anyone… I’ve seen a rough cut of the first episode. And loved it. It’s dark, it’s powerful, it’s visceral… just the way I like my epic fantasy.”

He continued, “[Executive producers] Ryan [J. Condal] and Miguel [Sapochnik] have done an amazing job, and the cast… just as with ‘Game of Thrones,’ most viewers will only have heard of a few of the actors, but I think you are going to fall in love with a lot of them. (Only to have your heart broken later when… but no, that would be telling).”

The “House of the Dragon” features cast members Matt Smith, Emma D’Arcy, Olivia Cooke, Paddy Considine, Sonoya Mizuno, Rhys Ifans, and more. Cooke stars as Alicent Hightower, the daughter of Hand of the King Otto Hightower. Alicent is described by HBO as “the most comely woman in the Seven Kingdoms. She was raised in the Red Keep, close to the king and his innermost circle, and possesses both a courtly grace and a keen political acumen.” Considine plays King Viserys I Targaryen, while Smith plays Prince Daemon.