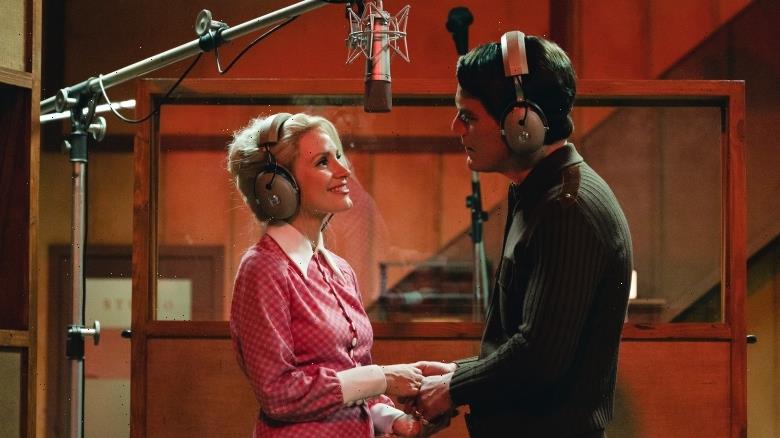 Showtime has picked up the rights to “George & Tammy”: a six-part biopic limited series about country music legends Tammy Wynette and George Jones starring Jessica Chastain and Michael Shannon. “George & Tammy” will debut beginning December 4 at 9 p.m. ET on Showtime, and on the Paramount Network following “Yellowstone.” The remainder of the season — released weekly — will become available exclusively on Showtime, with new episodes available on streaming and on demand.

“George & Tammy” chronicles the country music power couple, whose complicated-but-enduring relationship inspired some of the most memorable ballads of all time. Wynette is well-known for her song “Stand By Your Man,” which features prominently in the trailer, and Jones’ is notable for “He Stopped Loving Her Today.” Together, the duo has 30 No. 1 country hits including duets “We’re Gonna Hold On,” “Golden Ring,” and “Near You.”

The series is based on the book, “The Three of Us: Growing Up with Tammy and George,” which was written by the couple’s daughter, Georgette Jones, and also stars Steve Zahn, Kelly McCormack, Walton Goggins, Pat Healy, David Wilson Barnes, and Katy Mixon.

The show was originally conceived as a series for Spectrum Originals and Paramount Network. Its move over to Showtime marks the first move from Chris McCarthy, who took over Showtime and has oversight over it (as well as MTV Entertainment Studios and Paramount Network) after longtime head David Nevins announced early last month he would be stepping down.

“Jessica and Michael are truly extraordinary as Tammy and George and their searing performances and undeniable chemistry bring to life the legendary relationship of the king and queen of country music,” said McCarthy,  in a statement sent to press. “The creators and the entire cast have delivered a series with the subtlety, nuance and complexity that are the hallmarks of the Showtime brand and what our viewers’ deserve and demand.”

“We are exhilarated to finally bring this epic story about two of country’s most loved legends to a global audience with Showtime and Paramount Networks,” said Carmichael (in the same release). “This story has been a profound journey of love for Freckle Films and we are eager for audiences to experience the magic that this exemplary cast will bring into their homes.”

“I am thrilled Showtime is bringing George & Tammy to audiences all over the world,” added Glasser.  “This has been Jessica, Abe & Andrew’s labor of love for 11 years and to see it all come together is pure joy.  Jessica and Michael bring all of the heart, love, tragedy and drama to this epic love story of George & Tammy.  There is no better home for this than Showtime which is as passionate about this project as we are at 101 Studios.”

Showtime has also released a first trailer for “George & Tammy,” which you can watch below: