During Tuesday’s Good Morning Britain, ITV presenters Susanna Reid and Adil Ray invited Sir Keir Starmer onto the show to talk about the upcoming election. The hosts also quizzed the MP over how effective his recent photo shoot in John Lewis was after he condemned Boris Johnson for not releasing who paid for his flat to be refurbished. However, some viewers branded the interview “embarrassing” after Starmer seemed to dodge answering some of the host’s questions, while others thought the MP looked “flustered”.

Addressing his recent trip to John Lewis, Starmer began: “You’re missing a very important point here and that there is a growing feeling that at the top of Government there’s a sense, a general sense that the rules don’t really apply to them.

“Whether that’s contracts for mates, the Prime Minister and other senior ministers, this sense that there’s one rule for them and another rule for everybody else.

“That goes very strongly against the British instinct and people don’t like it and understandably if people have gone through the pandemic and they’re self-employed, the idea that others can directly access senior ministers when they’re struggling on the front line.

“There’s something very wrong about that.” 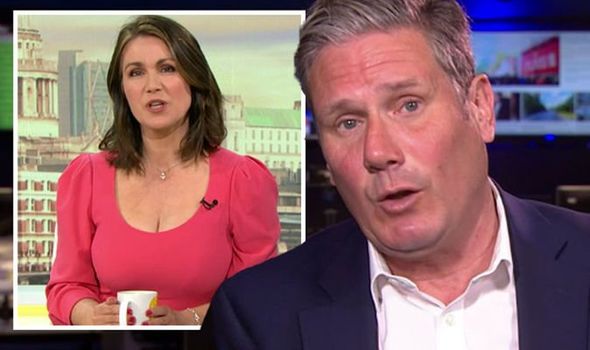 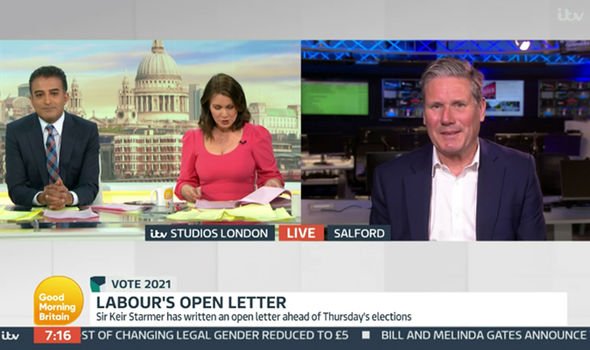 Taking to Twitter one viewer said: “Car crash interview on #GMB. Embarrassing,” while another tweeted: “Jesus, this guy is so uninspiring.”

A third penned: “Keir Starmer looks desperate and flustered in a car crash interview on GMB Dodged questions on past Labour PM’s cost of decorating the flat.”

Another said: “Starmer is dying a death on here, embarrassing. Really rattled. So unconvincing and for a lawyer/Barrister really inarticulate. He just said if he were PM he’d do this and that, it’s not a general election fella.” 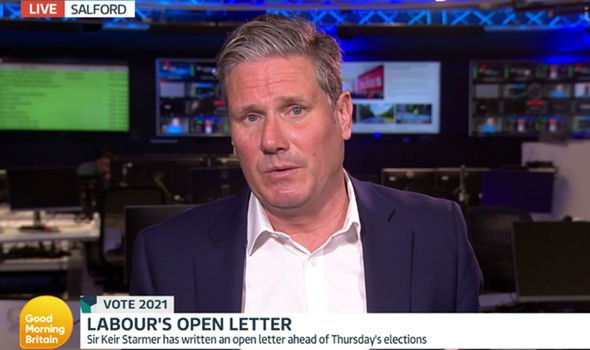 A fifth viewer commented: “What a p*** poor ‘interview’ with Starmer this morning. Why don’t GMB just be honest with everyone, and rebrand themselves.”

Others praised Susanna and Adil for their interview technique, with one tweeting: “Well deserved kickin for Starmer, shame you never give sturgeon the same.” (sic)

While some viewers thought Starmer handled being grilled by the hosts well.

“He’s dealing with this very well. BoJo would crumble,” they said.