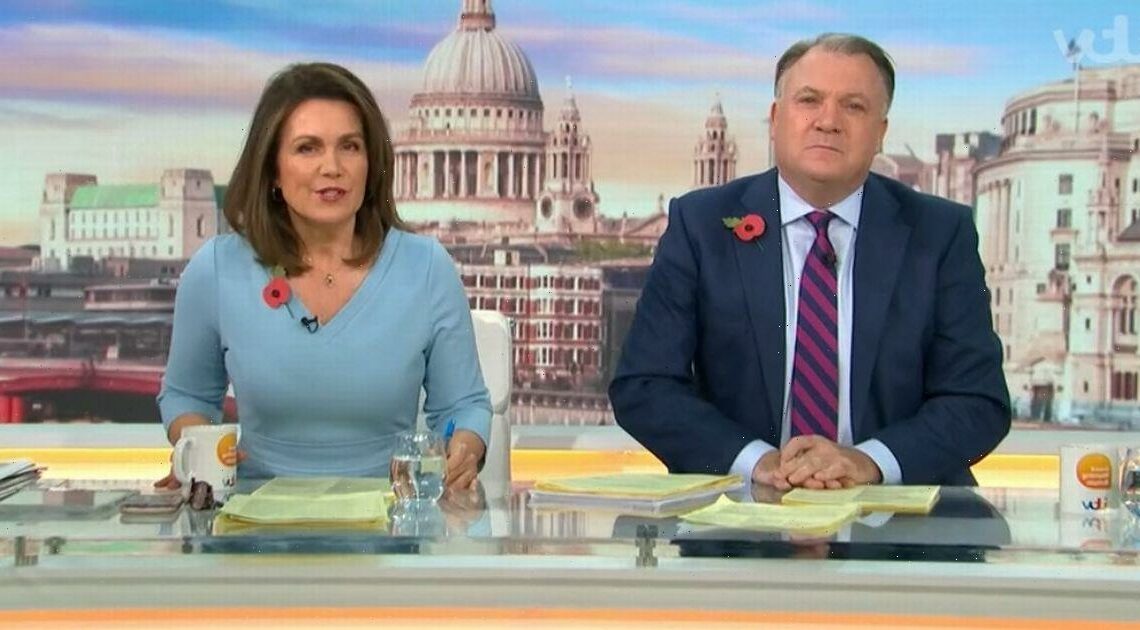 Good Morning Britain viewers have taken to social media to praise politician turned TV star Ed Balls as he steps in to replace Richard Madeley on this morning's show.

Ed has previously stepped in to co-host with regular presenter Susanna Reid on occasions when Richard is unable to appear on the show.

And some fans seem to want the former Shadow Chancellor of the Exchequer, 55, to take on a permanent hosting role, with many praising his chemistry with Susanna.

One fan tweeted: "@GMB @susannareid100 If there was a vote Ed Balls would defo win mine for best guest presenter. #GMB"

Another wrote: "Was a lovely surprise to turn on my TV this morning and see @edballs back on @GMB instead of maddening Madeley. #GMB"

"The on-screen chemistry between Ed Balls & Susanna Reid is far better than between Susanna & the irritating Richard Madeley. She could not be making this any clearer… take note #GMB many people prefer anybody else to Madeley" argued a third.

While a fourth added: "Thank you for putting Ed Balls in the seat this morning. What a lovely surprise. Instead of The irritant Richard Madeley."

Another joked that if he continues into a presenting career perhaps Ed count interview wife Yvette Cooper, who is currently the Shadow Home Secretary.

Richard returned to GMB earlier this month after a length break as he was working on his novel. However, the long-time presenter's return proved somewhat controversial on social media, as some viewers threatened to turn their TVs off.

One tweeted: "Such a disappointment that Richard Madeley is back on GMB. He adds no value. Switching over."

A third added to the complaints: "Why do they bring in Richard to host when Ranvir is just standing there? Such a waste of a presenter."

However, not all viewers were disappointed, with some of Richard's fans taking to social media to welcome him back.

One tweeted: "Great to see Richard back", with another adding: "Awh I love Richard and his little stories! Hope he stays forever."

A third added: "YAY Richard is back on GMB! Have missed him."