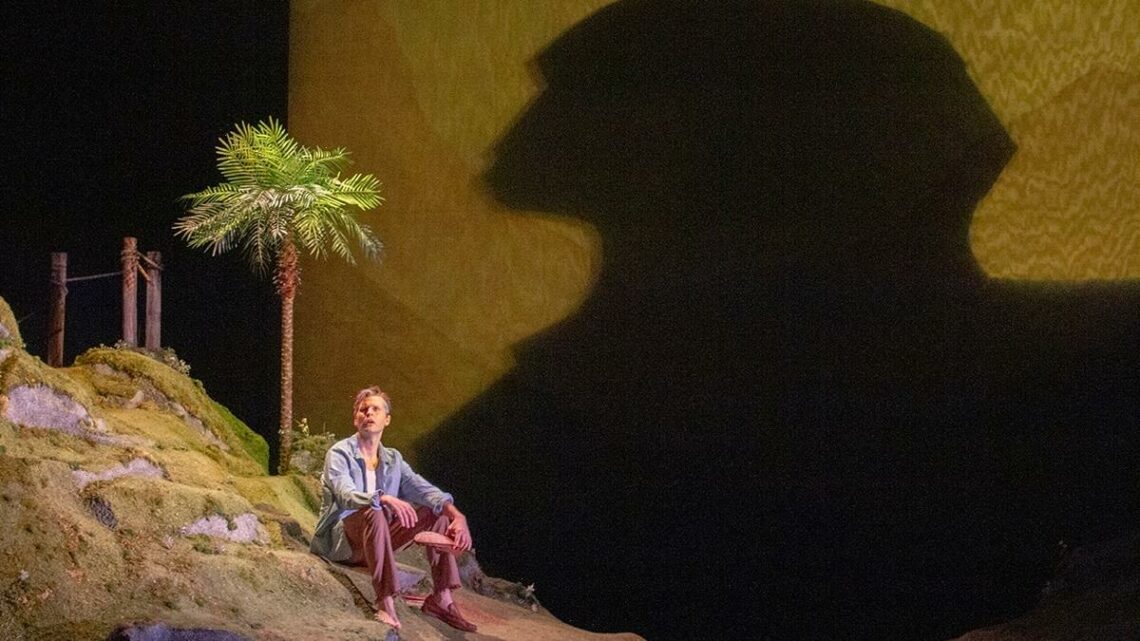 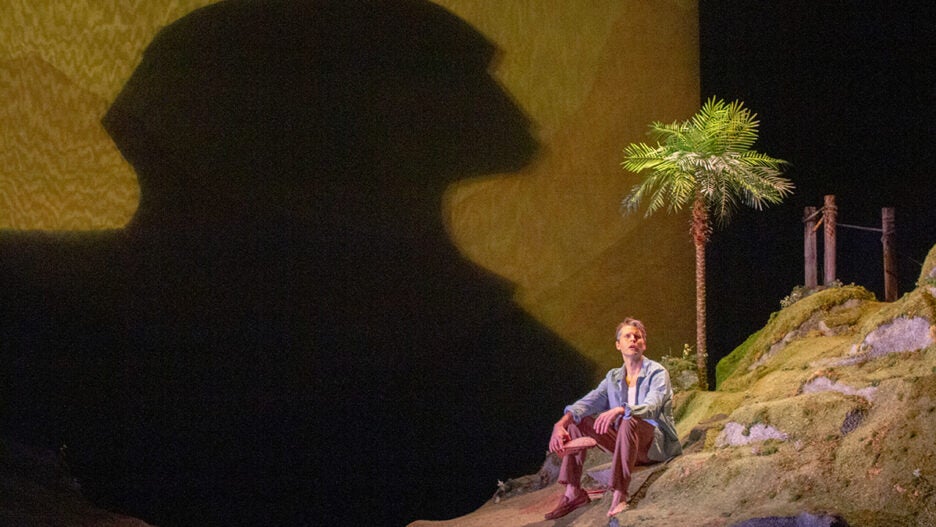 Henrik Ibsen’s “Peer Gynt” has been tamed. Gone are the trolls and dozens of actors, not to mention three acts and as many hours, in Will Eno’s new adaptation, “Gnit,” which opened Sunday at the Polonsky Shakespeare Center in Brooklyn. Theatre for a New Audience presents the New York premiere after its 2013 world premiere at Actors Theatre of Louisville, Kentucky.

Why not call this two-act 135-minute play “Gynt”? As the title character tells us early in this tragicomedy, Gnit was a typo on his birth certificate. That kind of dismissive, self-referential humor is Eno’s signature, and it’s put to splendid comic effect here, especially in far more cogent, entertaining and moving first act.

Despite all the missing parts from the original, “Gnit” is very faithful to Ibsen’s story of a Norwegian narcissist who goes through life irrespective of how his callous behavior affects others. Kimie Nishikawa’s mountain vista scenic design would feel right at home to Ibsen himself. The set is amazingly naturalistic, with a lone pine tree and moss covered rocky paths. There are even adorable little white flowers peeking out behind rustic wooden fences, all of it bathed in Amith Chandrashaker’s romantic lighting. 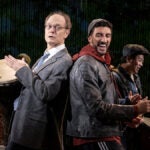 Set against all this pastoral beauty are Peter Gnit and his mother, who could not be more Eno in their verbal warfare with themselves and others. It’s difficult to imagine a more sweet, innocuous-looking jerk than Joe Curnutte’s Peter and a more clear-eyed critic of a parent than Deborah Hedwall’s mother. Curnutte and Hedwall together create comedy heaven, and could easily take their mother-and-son act on the road.

Peter’s archetypal dilemma is to see all women through the lens of his mother’s love, as well as her contempt, which is why he divides all members of the opposite sex into two groups: virgins and whores. As a result, Peter idolizes Solvay (Jasmine Batchelor) but never really puts his hands on her, but he ravages and abandons any number of maidens (Christy Escobar). No doubt about it, Escobar has the far more delectable role(s), and her quick changes in and out of Asta Bennie Hostetter and Avery Reed’s handsome period costumes add to the delight.

Eno pulls off a rare theatrical feat elsewhere; it might even be a first: He assigns all the townspeople (or any crowd, for that matter) to one actor, the brilliant mult-itasker David Shih. This group of people has much to say to each other, whether they’re ready to welcome or hang Gnit as he plows his way through their daughters, and Shih delivers every point of view in only one or two breaths. 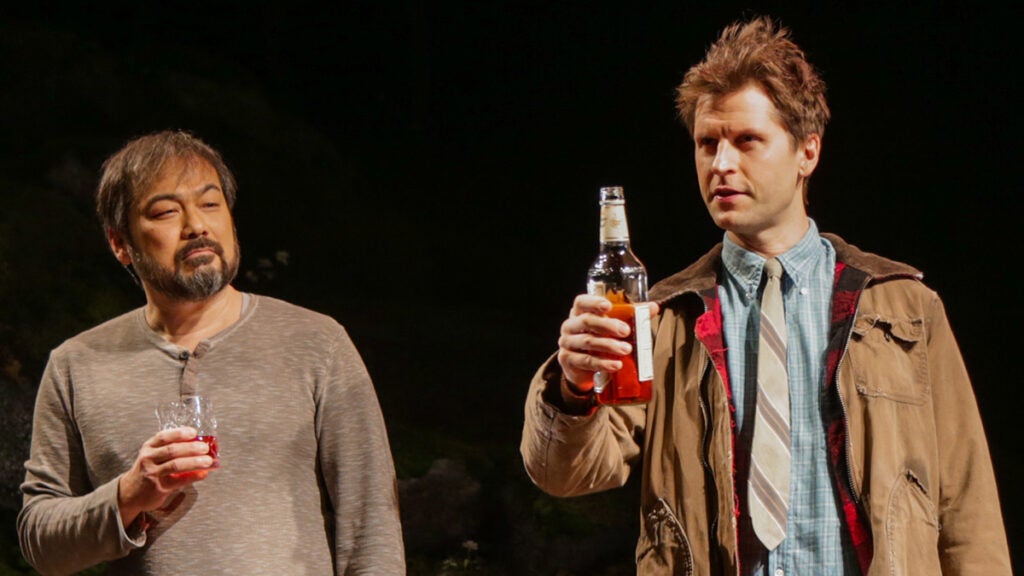 Occasionally, Shih’s many characters meet up with another multitasking actor, Jordan Bellow, who most memorably plays the bridegroom left at the altar when Gnit absconds with his bride (Escobar). Bellow is one tall slice of a talented comedian; whenever he appears, his body more resembles an animated drawing than anything constructed of flesh and blood. Hostetter and Reed’s monochromatic costumes contribute mightily to this fantastical illusion.

The first act of “Gnit” is crazy funny, and so it’s unexpected when Oliver Butler’s flippant direction turns dark with the death of Peter’s mother at the end of the first act. We’ve watched this woman and her son go at each other for over an hour; but now at the final moment, regardless of all the crap that’s gone down in their pitiful lives together, death breaks an elemental bond from which Peter will never recover. The final scene of act one is powerful, heart-wrenching theater.

Nothing in the second act of “Gnit” matches the comedy or the pathos of the first. The mother’s death has knocked the sunny shine off Peter’s solipsism; a thoroughly corrupt entrepreneur, he now travels to Morocco and Egypt and then back to Norway per the Ibsen road map. Dramatically, it’s a picaresque tale that’s difficult to pull off, and you may find yourself asking that “Candide” question: How many more countries do we have left to visit?

Most memorable among these travel stops is the reappearance of Hedwall, as a beggar man, who quickly exposes Gnit’s dual personality, with the dark side winning out once again.

A note in the Playbill points out the influence of Samuel Beckett on Eno. Yes, but there’s another side to this playwright’s slick irreverence, which can flip into hardcore condescension. At the end of “Gnit,” Curnutte drops his Peter mask to reveal a hectoring professor of Existentialism 101 who tells us we are all Gnits and to beware. You may find yourself preferring the buoyant cad of the first act to this moralizing pedant at the finale. Beckett never wielded such a big ruler to teach a lesson.