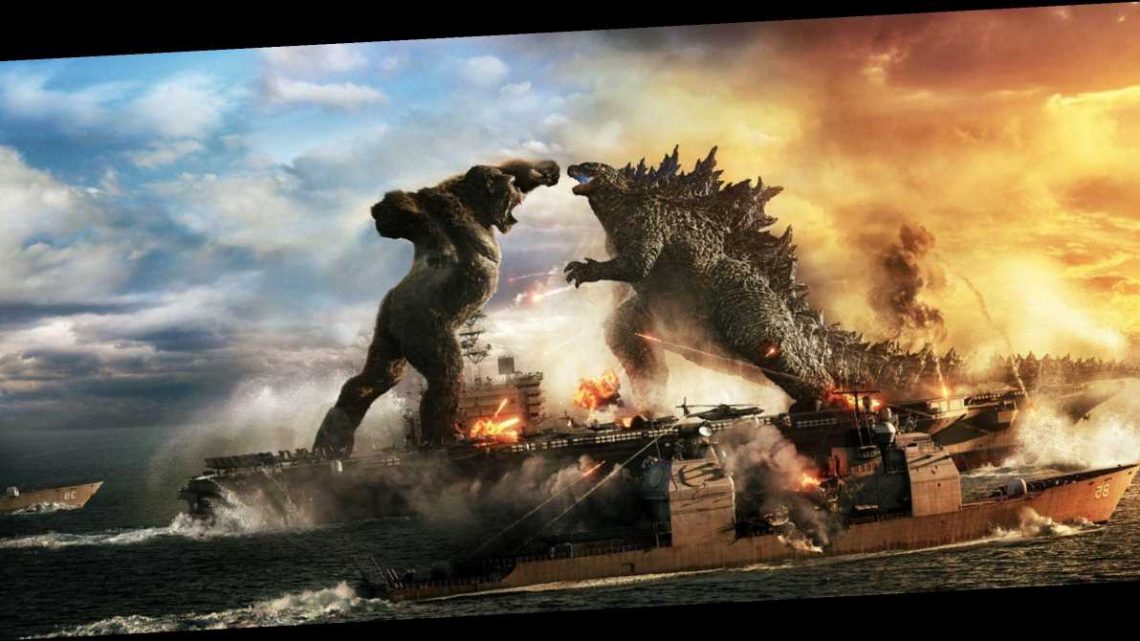 GODZILLA Vs Kong is the much-anticipated MonsterVerse movie that has got fans talking.

The clash of two movie legends is set to be iconic viewing. Here's how you can watch the new release…

Godzilla and Kong go head-to-head in an all-out battle to bring back balance to Earth.

It is the first time the two legends have appeared on-screen together.

The first epic battle in the movie is a sea battle between the two beasts. Kong feigns defeat, and a triumphant Godzilla celebrates his victory.

But little known to Godzilla, Kong is preparing for his next battle.

The second battle takes place in Hong Kong, where a tech-enhanced Kong puts up a good fight, but is ultimately defeated by Godzilla once again.

The film doesn't provide a definitive answer as to who reigns as the more powerful monster, so fans will have to argue their case.

Hollywood and Warner Brothers may end up being the biggest winners in the battle of Godzilla vs Kong, it’s a genuine surprise to report that we, as viewers, also emerge as victors. The last laugh shall be a roar.

What is Godzilla vs Kong about?

Although Godzilla Vs Kong is a direct continuation of Godzilla: King of the Monsters, the new movie's storyline stands on its own.

The upcoming movie is directed by Adam Wingard and written by Eric Pearson and Max Borenstein.

The official synopsis reads: "Kong and his protectors undertake a perilous journey to find his true home. Along for the ride is Jia, an orphaned girl who has a unique and powerful bond with the mighty beast.

"However, they soon find themselves in the path of an enraged Godzilla as he cuts a swath of destruction across the globe.

"The initial confrontation between the two titans — instigated by unseen forces — is only the beginning of the mystery that lies deep within the core of the planet."

Godzilla vs Kong director Adam Wingard explained how they made the movie without real-life monsters.

He said: "A lot of the time, actors are just working off of a green screen or there's nothing there. I would say that nine out of ten times we were just using a laser pointer to give them their eyeline. You can be accurate with that,"

"I tried to use sound effects that were available as well. If I needed a violent reaction from the cast, we had a PA system. Sometimes I would pump sounds in.

"We had, actually, some monster roars and explosion sounds and stuff that I could pump into there and get quick reactions."

How can I watch Godzilla vs Kong?

Godzilla vs Kong will be available to rent at home on April 1.

It will be available to rent on Amazon Prime Video as a Home Premiere.