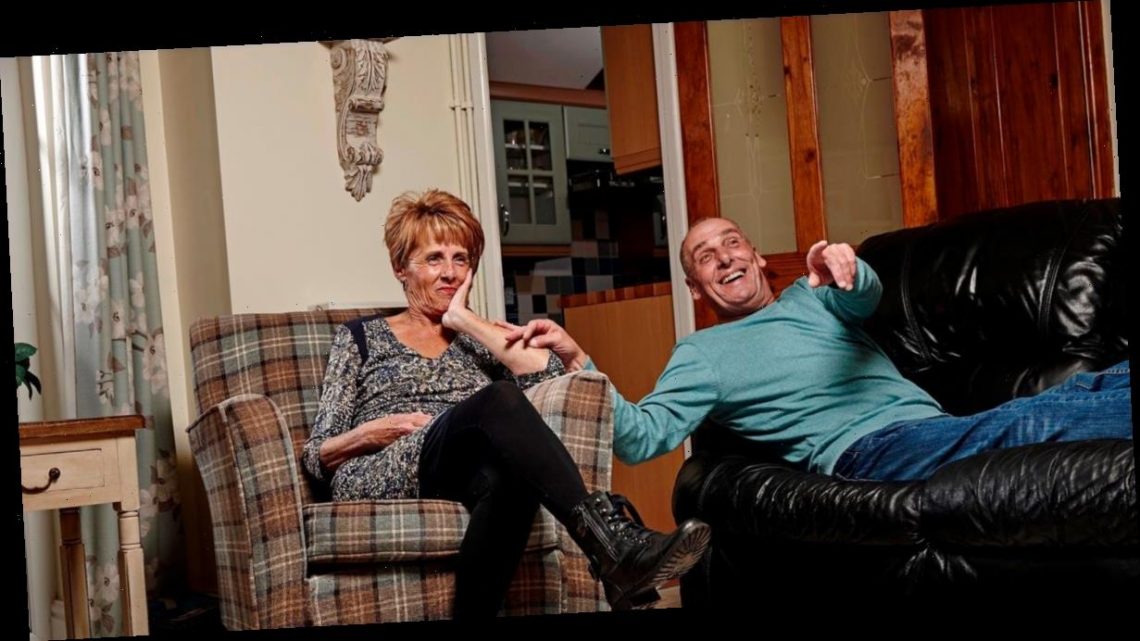 Gogglebox fans were left in hysterics this evening after sofa duo Shirley and David Griffiths had a bizarre conversation about the size of Shirley's assets.

Shirley was left baffled after her husband couldn't stop waxing lyrical over her large chest during their time at school.

After telling his missus he vividly remembers her during their school days, Dave admitted he couldn't take his eyes off her chest.

The cheeky Welshman said: "I used to see you playing netball and I use to think it is hard to distinguish the ball from Shirley's t**s."

Looking horrified, Shirley begged him to stop it before insisting she didn't have a large chest growing up.

Sticking to his story, Dave continued: "You were Shrills… you were very well endowed – we used to talk about it.

"Not that it made any impression on me mind."

The amusing scene went down a treat with Gogglebox viewers who all raced to social media to gossip about the segment.

One fan wrote: "The difference between a netball and Shirley's t**s is obviously nothing. #Gogglebox."

Another added: "Wow he's really got a good memory of being a teenager and staring at his wife's boobs."

They signed off the post with a series of laughing crying emojis.

A third chimed in: "Oh crikey was Dave describing someone else, Shirley saying she never had big boobs…#Gogglebox."

Meanwhile, a fourth viewer chuckled: "If you're going to remember a girl with big boobs from childhood, make sure it's the right girl you remember when talking about her #gogglebox."

This isn't the first time Dave has turned their air blue with his cheeky chat in front of the camera.

In 2018 he was seen rummaging through some draws before finding a stash of Viagra.

After Dave held up the box, an embarrassed Shirley said: "Viagra, oh you're having a laugh are you? Where have they come from?

Seeing the funny side, Dave joked: "I must have some good times planned.

"No wonder I need the blood pressure tablets, to offset the Viagra!"