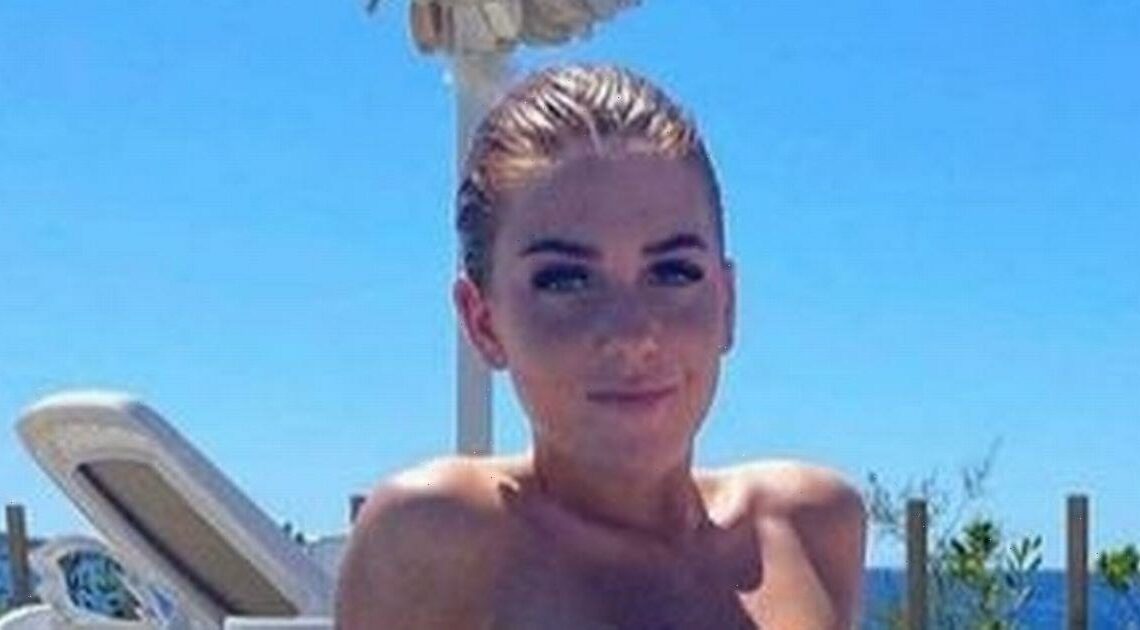 Gogglebox star Abbie Lynn has been wowing Instagram fans with a slew of bikini snaps, during a sun-soaked and romantic getaway with her rarely-seen boyfriend Callum.

The 21-year-old, who is best known for her role on the Channel 4 programme, looked sizzling as she joined her beau poolside for a scorching selfie.

Looking hotter than the Spanish weather itself, the TV starlet turned heads as she posed in a strapless white bikini with racy cut-out detail.

It appeared as though Abbie had been lapping-up the sun with Callum, with the loved-up twosome boasting glowing skin as they happily smiled for the camera.

In other posts, Abbie's slender and bombshell curves stole the show as she showcased a few killer two-pieces from her trip to Mallorca.

Wearing the same jaw-dropping white bikini, the television watching star stunned as she took to the floor with one popped leg while leaning back on her hands.

Another snap that was shared to her story saw her parade her gym-honed form in very striking abstract and multicoloured swimwear.

Capturing the image herself in a full-length mirror, Abbie snapped away on her camera phone achieving her best angle to share with her adoring fans.

She wore her dynamite auburn locks in a sassy messy bun as she prepared to take to her sun-lounger for a day of relaxation.

In a separate update, Abbie indicated that their holiday could have been spurred on by a special occasion – as the starlet took to her platform to wish Callum a happy birthday.

Sharing a montage of pics from various gatherings, the beauty gushingly penned: "Happy birthday to the best boyfriend ever!

"Thank you for everything you do for me, love you millions," followed by a blue love heart.

Abbie shot to fame as a beloved Gogglebox personality alongside her best friend Georgia Bell, with the northern duo being much loved for their ditzy commentary and good humour.

Earlier this year, Georgia celebrated the birth of her first child baby Hugh, with her boyfriend Josh Newby.

Announcing the happy news on social media she penned: "Our beautiful boy has made his entrance. 12/07/22 at 12:31pm – 7lbs7.5ounz. You're perfect in every way Hugh James Newby."