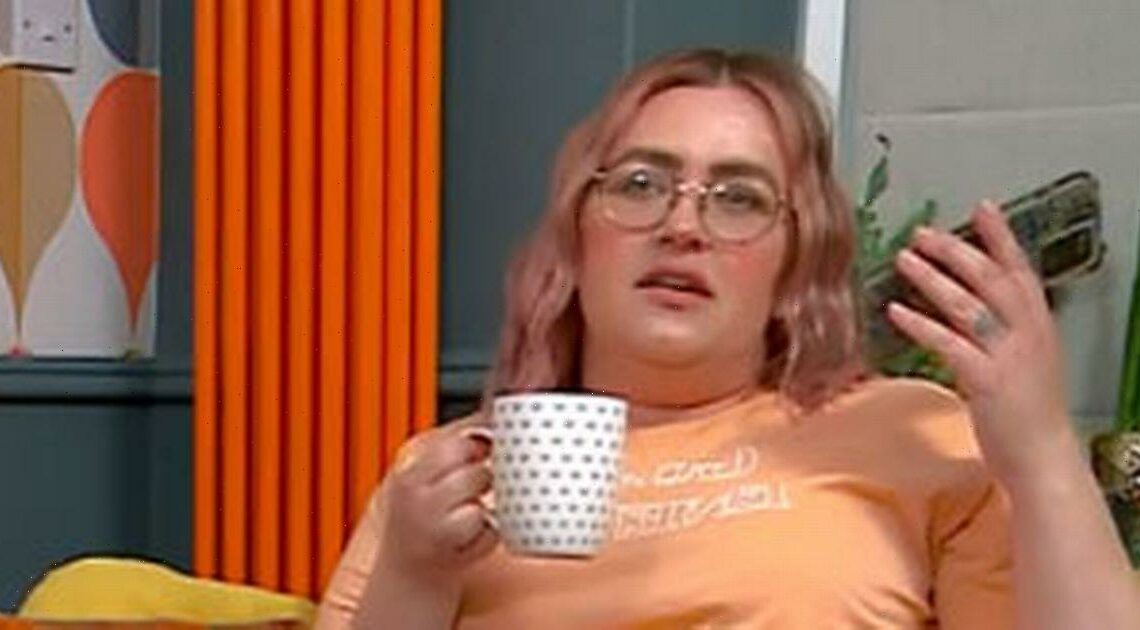 Although Nat didn't appear on screen, having him on speaker was proof enough for fans that Nat was on the mend and feeling stronger after spending weeks in hospital.

Ellie decided to call her beau after discussing the definition of a "shotgun wedding" as she teased him on whether they were getting married or planning a baby.

Although he was only on for a short time, fans were left overjoyed to hear Nat's voice on the show – and to see Ellie and Izzi back on screens.

Taking to Twitter, one user wrote: "Aw I'm so glad for Ellie that Nat is recovering well. Nice to see her and Izzi back tonight!"

Another wrote: "Pretty sure hearing Nat on the phone with Ellie is gonna be the best bit of Gogglebox tonight. Great to know he's recovering."

A third said: "So pleased to see Ellie and Izzi back on Gogglebox, and Nat on loudspeaker too! Hope he's well."

Another user wrote: "Ah lovely to see Ellie and Izzi back on Gogglebox! My face girls from Leeds. Good to hear Nat's voice, pleased recovery must be going well! Sending best wishes and thanks for the laughs."

Sharing their joy for hearing Nat on air, an additional fan said: "To have an on screen interaction with Nat on Gogglebox is a proper nice touch so we all know he is ok. Well done!"

When Ellie was chatting to Nat on air, they discussed a topic they had spoken about earlier in the day as they revealed that they had been chatting about a shotgun wedding – and Nat hadn't realised it meant the woman was pregnant.

Although they didn't discuss how Nat is getting on, the conversation was enough of a nice surprise for fans as they were reassured that Nat is happily on the mend.

It was previously suggested that Ellie would be taking a lengthy time away from the show, but as Nat appears to be doing better, she's returned to the show with her sister.

Ellie confirmed the news hours before the show as she told fans she was excited to be back on air.

She also thanked her followers for the ongoing support across the last few months following Nat's crash which saw him hospitalised and put on life support.

While an official health update hasn't been shared, it seems Nat is on the mend.