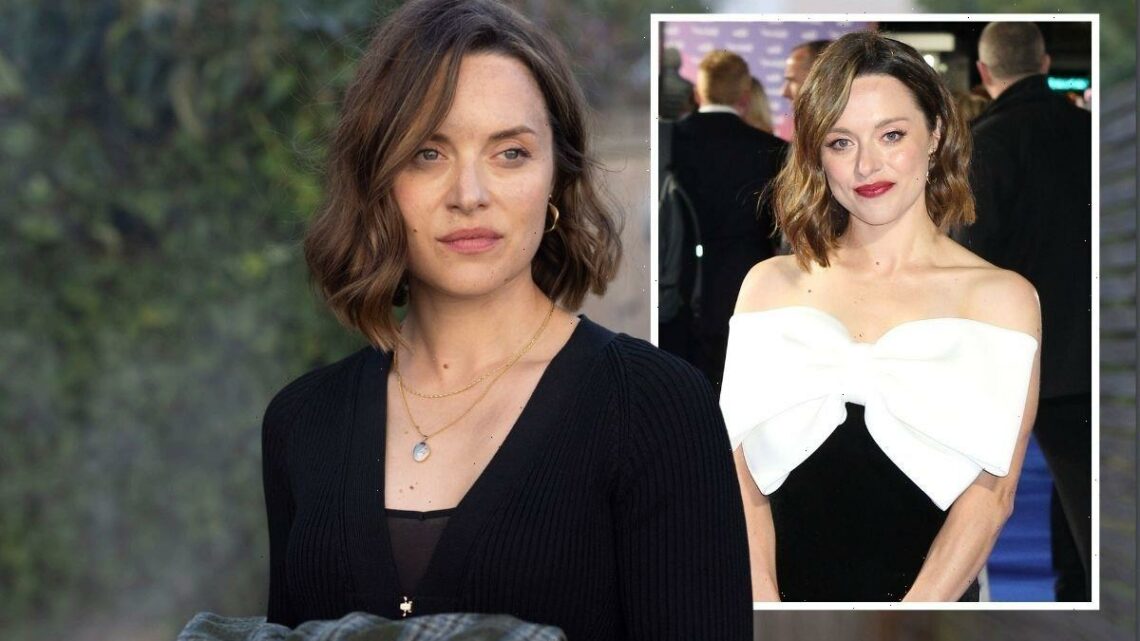 ITV crime drama, Grace, is back on viewers’ screens and sees DSI Roy Grace (played by John Simm) and DS Glenn Branson (Richie Campbell) partnering up again to solve a series of cases. Joining the team this time around is Senior Anatomical Pathology Technician Cleo Morey (played by Zoe Tapper). Morey and Grace start to cross the line of professionalism and struggle to keep their blossoming romance under wraps.

Season one saw Grace in some hot water with his unorthodox methods catching the watchful eyes of his superiors.

Now on thin ice, how will Grace successfully solve cases without ruffling the feathers of the powers above and potentially costing him his job?

Grace was well received by fans and lovers of the popular Peter James book series, and this is a pressure newcomer Zoe definitely felt.

Speaking about joining the show, Zoe said: “I just hope I don’t let the team down. The pressure’s on!”

Speaking to Express.co.uk and other press about filming, she continued: “It was great for a number of reasons.

“The script’s great, the cast is great, and it is lovely being in Brighton.

“And it was just off the back of the pandemic, and it suddenly felt like the biggest treat to go back to work and work on such a brilliant project.”

Zoe describes her character as “a woman who is very happy in herself” and somebody who “knows what she wants” so when she meets Grace, it is no wonder the two hit it off and start to court each other.

The star added: “They fancy each other quite quickly, and Cleo takes a no-nonsense approach – she takes the bull by the horns and invites him out straight away, which is quite telling of her character.

“Then, shortly afterwards, her life is endangered as part of the storyline, and that near-death experience raises the stakes of their relationship. They realise they’re really into each other.”

Season two of the show follows the pattern of Grace’s first outing and is made up of three 120 feature-length TV episodes.

With the popularity of crime dramas in the UK rising with shows such as Line of Duty, The Bay and Vera, Zoe pointed out that Grace is different.

DON’T MISS…
Big Bang Theory’s Kaley Cuoco in tears as she pays tribute to co-star ‘Helped me so much’ [LATEST]
Emmerdale theory: Ethan Anderson to leave village as he’s sacked from his job [SPOILERS]
The Bay’s Daniel Ryan’s tribute to co-star ahead of new season ‘Can survive cast change’ [LATEST]

She said: “We’re all quite used to a detective drama in this country, we all love them.

“But actually, there’s something really emotionally complicated about Grace as a character, which hooked me in.

“Instead of him having an addiction problem, which lots of our detectives seem to have in crime stories, the disappearance of his wife and the impact it has on his life was an immediately arresting and complicated storyline for me.

“And he’s quite different – he’s a dynamic force, but he’s also got a gentle side, which makes him an appealing character. “

She pointed out that all of the “characters are appealing” in the show.

Each TV film is based on one full book which means there is a lot to unpack in the 120 minutes.

Co-star Richie also joked that the introduction of her character messes with the “bromance” of Grace and Branson.

'The Essex Serpent': Cast, Release Date, and Everything Else We Know About the Apple TV+ Series