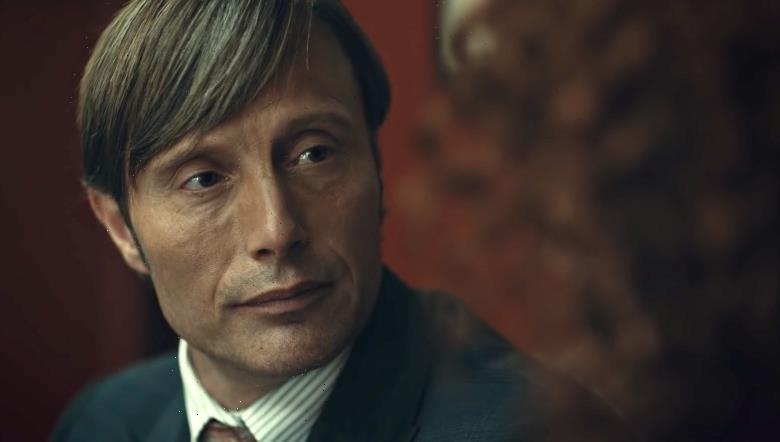 If anyone needs more proof that Bryan Fuller’s “Hannibal” has one of the most active and passionate fandoms around, look no further than a Kickstarter campaign for a new book of artwork inspired by the three-season TV series meeting its goal in just 15 minutes (via Nerdist). The crowdfunding campaign launched November 15 with a $7,500 goal. In just mere hours, “Hannibal” fans have raised over $25,000 and counting. That number is from over 250 backers, and there’s still 29 days left to go on the campaign as of this writing.

The book is officially titled “Hannibal Artbook” and comes from the publishing team at Printed in Blood. The book includes a 180-page collection of artwork inspired by “Hannibal,” with 150 pieces of art created exclusively for the release of the book. The collection also includes a foreword written by showrunner Bryan Fuller and an introduction written by series executive producer Martha Di Laurentiis.

Despite fan interest in “Hannibal” remaining at an all time high, there has yet to be an announcement on a long-discussed fourth season of the canceled-too-soon serial killer drama. When the original three seasons of “Hannibal” debuted on Netflix in summer 2020 at the height of the pandemic, there were rumors that a successful Netflix run could get the streaming giant to greenlight a fourth season. No such move has been made. Mikkelsen told IndieWire that summer that the wish list for “Hannibal” Season 4 includes bringing “Silence of the Lambs” serial killer Buffalo Bill into the narrative.

“I don’t think it’s a secret that if it does happen, we would love to go into ‘Silence of the Lambs,’” Mikkelsen said. “That’s always been an issue because they didn’t have the rights for that book. But that’s obviously the most famous part and we’d love to go in there. We’d obviously switch it around a little and do all kinds of crazy stuff with it. That story is so interesting and the characters in it are as interesting. We’d switch around the genders and maybe even put two characters into one. We would love to find someone to play Buffalo Bill. That’s going to be tough. We found a Hannibal, so it’s possible.”