Home » TV and Movies » Has Netflix saved Manifest in u-turn? The season 4 latest 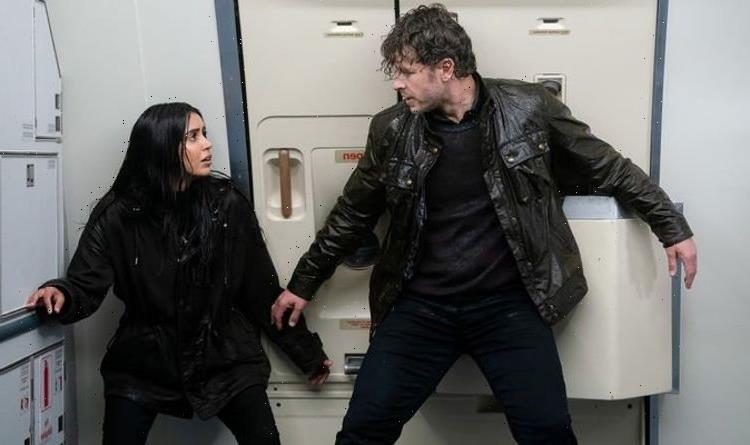 Has Netflix saved Manifest in u-turn? The season 4 latest

Manifest aired for three seasons on NBC before it was cancelled by the network in a surprising move. Jeff Rake, the show’s creator, had planned for the missing-plane drama to air for at least six outings. Fans are hoping Netflix is able to revive the series for a fourth season as talks are supposedly underway.

Manifest fans have seen some encouraging news as there are hopes Netflix will pick up the series for a fourth season.

Back in June 2021, NBC cancelled the show after the season three finale and the first two instalments were added to Netflix US.

However, Rake was struggling to find a new home for the series as talks with various streamers came to nothing.

The producer has been reassuring fans on social media that he will finish the story one way or another.

Due to the show’s success on Netflix, it seems the streamer could give the show a new lease of life after all.

Deadline reported: “Warner Bros TV is in the home stretch of complex negotiations with Netflix about a Season 4 order for the series.”

The report added: “In anticipation of a pickup, WBTV has started negotiations with the cast and has been making “if-come” offers to writers.

“Both writers who had worked on the show, created/executive produced by Jeff Rake, and new ones — for Season 4, sources said.”

Neither WBTV, nor Netflix has commented on the latest development at this moment in time.

The #SaveManifest movement has gained a huge following on Twitter and fans are positive about the renewal.

Deadline said there had been “complicating factors” during the original negotiations back in June.

At this moment in time, the streamer only has US rights to the first two seasons, with fans in the UK watching on Sky.

On August 16, Rake said on Twitter: “No news yet, folks. But I’m back in the place where it happens. And I’m ready #SaveManifest.”

He later shared Deadline’s story with the message: “No comment” and the ‘sunglasses’ emoji.

Hundreds of fans took to the comments to share their thoughts, with one saying: “Yes!! Please I just finished Season 3 and OH MY GOD!!

“Please keep going! That was probably the most exciting season finale I’ve ever seen. I don’t know why a Season 4 could ever be in doubt!!” [Sic]

Another fan said: “This sounds like it’s a 98% probability that Manifest WILL be back for season 4 at least.

“I wish we could get official word on the decision. come on @jeff_rake give us the news. Don’t make us wait anymore.” [Sic]

A third added: “Sounds like things are going in the right direction and crossing my fingers that the deals go through, that it becomes official, and that we get all 3 remaining seasons.”

The reason for the shock cancellation has never been made clear, but fans are now focussing on the future.

Petitions were launched to find a new home, but the calls for the revival landed on deaf ears.

However, it may be that now streamers are finally starting to listen, following the show’s continued success.

The series featured in the Netflix top 10 in the US for a number of weeks, proving its popularity.

Manifest seasons 1 and 2 are on Netflix now.