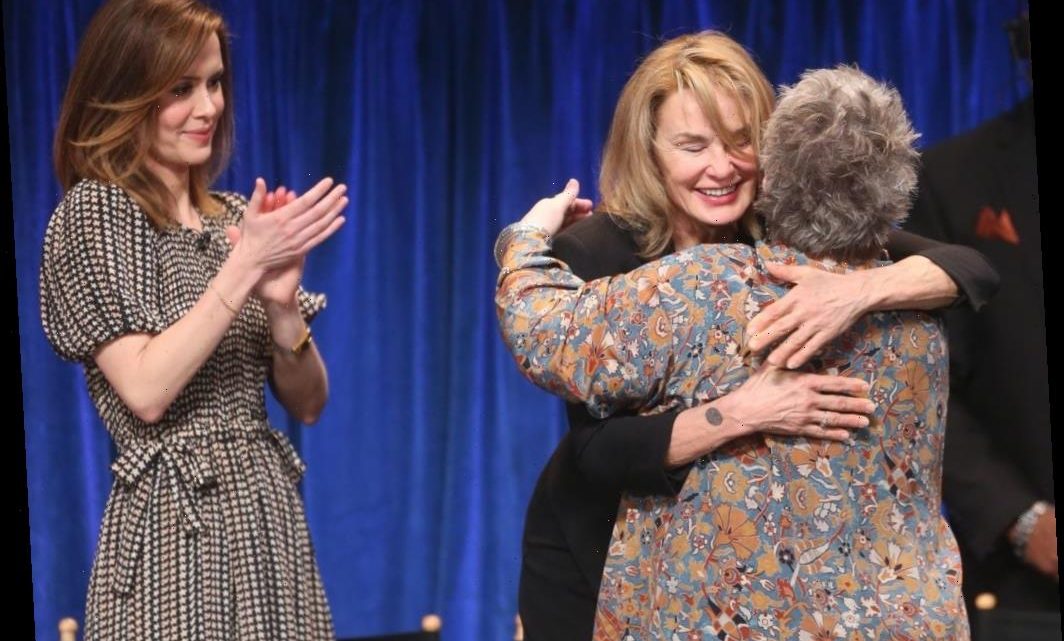 Here Are the 4 Scariest Scenes From 'American Horror Story: Coven'

This American Horror Story season is full of witches, voodoo queens, and even some zombies. There’s plenty of abilities possessed by these characters and one Supreme who’s the most powerful witch of all.

Here are some of the scariest moments from AHS: Coven.

Cordelia Goode blinding herself to get her sight back

After the Headmistress of Miss Robichaux’s Academy for Exceptional Young Ladies is blinded by acid thrown on her face, she gains a new power. That’s the gift of second sight.

When she gets her eyesight back with a fresh set of eyeballs, she thinks she’s lost her power. As a result, Cordelia Goode is willing to do anything to get that power back and to protect her students.

That even means mutilating and blinding herself a second time, even though after talking to the Supreme she realizes she didn’t have to do that to regain her power.

When Madame LaLaurie’s zombie daughters show up at the Coven

There are zombies on the Coven house’s lawn, and they’re not decorations. They’re real and they’re really after the witches. Of course, this all happens when Cordelia isn’t home to tell the girls what to do.

Zoe Benson takes it upon herself to take care of Nan, Queenie, and even the immortal Delphine LaLaurie. That plan gets derailed when Madame LaLaurie looks outside and notices that three of the zombies that are ready to attack are her three daughters.

This witch wouldn’t hurt a soul. That is unless that soul hurts animals. They’re innocent after all, and Misty Day has no problem bringing innocent creatures and people back to life.

When it comes to her own life, though, she has some trouble bringing herself back. When each of the witches perform the Seven Wonders, they have to go down into their personal hells and come back.

Because Misty Day can’t go through with a frog dissection and “wake up” from her hell, she stays trapped in an eternal loop of dead frogs forever.

Madame LaLaurie turning her slave into a Minotaur

Racism is pretty scary. When it comes to this aristocrat, though, she doesn’t even see her slaves as people. When she learns that one slave had relations with her daughter, she has no problem sticking a bull’s head on his.

In fact, this character’s attic of horrors is full of torture devices. Some of them were used to drain the blood of her slaves, which Madame LaLaurie then brushed on her face. This was apparently to keep her young, but even her daughters disagreed with the awful practice.