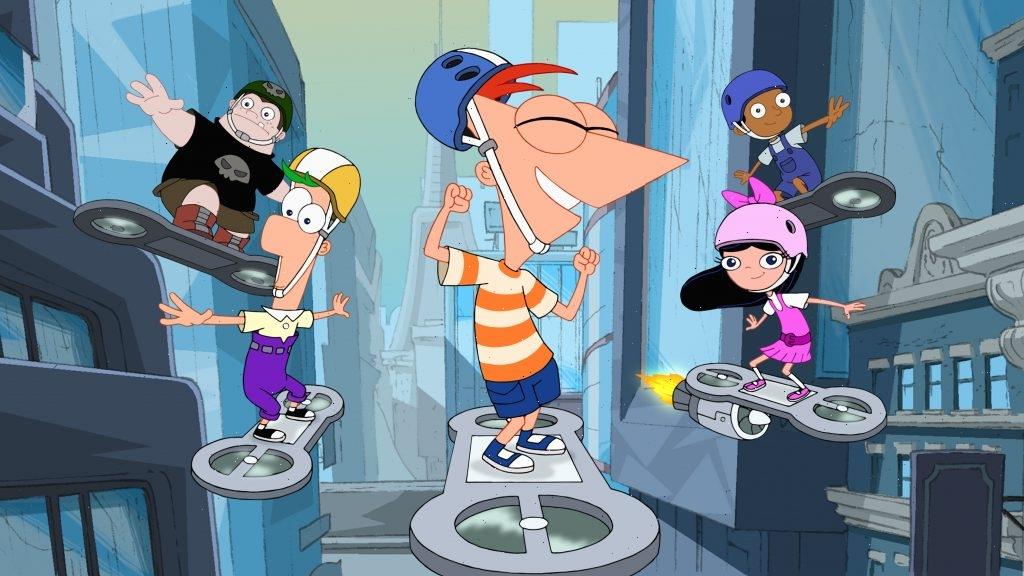 Summer is just around the corner. If you’re already counting down the days until school vacation, there are a few Disney Channel original movies (and Disney animated movies) to get you even more excited for warm weather.

From Teen Beach Movie to The Little Mermaid, there are a few fan-favorite movies on Disney+ to remind you of summer.

The Disney+ original movie ‘Phineas and Ferb the Movie: Candace Against the Universe’

If anyone knows how to do summer vacation right, it’s Phineas and Ferb. With 104 days of summer vacation, they find a good way to spend their time, whether that be building a rocket or fighting a mummy.

In 2020, Disney+ released a movie starring these characters and their older sister, Candace, titled Phineas and Ferb the Movie: Candace Against the Universe. It is still available for binge-watching, as are episodes of the Disney Channel show.

This isn’t the only movie starring this brother duo, though. In 2011, Disney Channel released their original movie Phineas and Ferb the Movie: Across the 2nd Dimension. This was, of course, in addition to new episodes of their animated series.

The students of East High School finally enjoyed some summer vacation during High School Musical 2. Well, technically, it was summer vacation for Ryan and Sharpay. For the rest of these characters, it was time to work at a country club to save for college.

Don’t worry, the characters sang a few songs along the way, like “What Time is It” and “Work This Out.” Disney+ even created a spinoff inspired by the original High School Musical taking place in the same hallways of East High.

After one giant storm knocked this young, surfing couple into the ocean, they emerge in Brady’s favorite movie, Wet Side Story. As a Disney Channel original movie, Teen Beach Movie featured Ross Lynch as Brady and Maia Mitchell as Mac. These characters returned for the sequel, Teen Beach 2.

Some fans are waiting for the live-action adaptation of The Little Mermaid, starring Halle Bailey as the title character. In the meantime, however, the original animated version of this Disney princess movie is available on Disney+.

This movie tells the story of one mermaid who dreams of life as a human. When she meets the dashing Prince Eric, she decides to trade her fin for legs and take a chance at finding her true love. There’s also ABC’s The Little Mermaid Live on this streaming platform.

The Disney+ library also has fan-favorite films like Moana, Lilo and Stitch, and A Goofy Movie. To learn more about Disney’s streaming platform and to subscribe, visit their website.