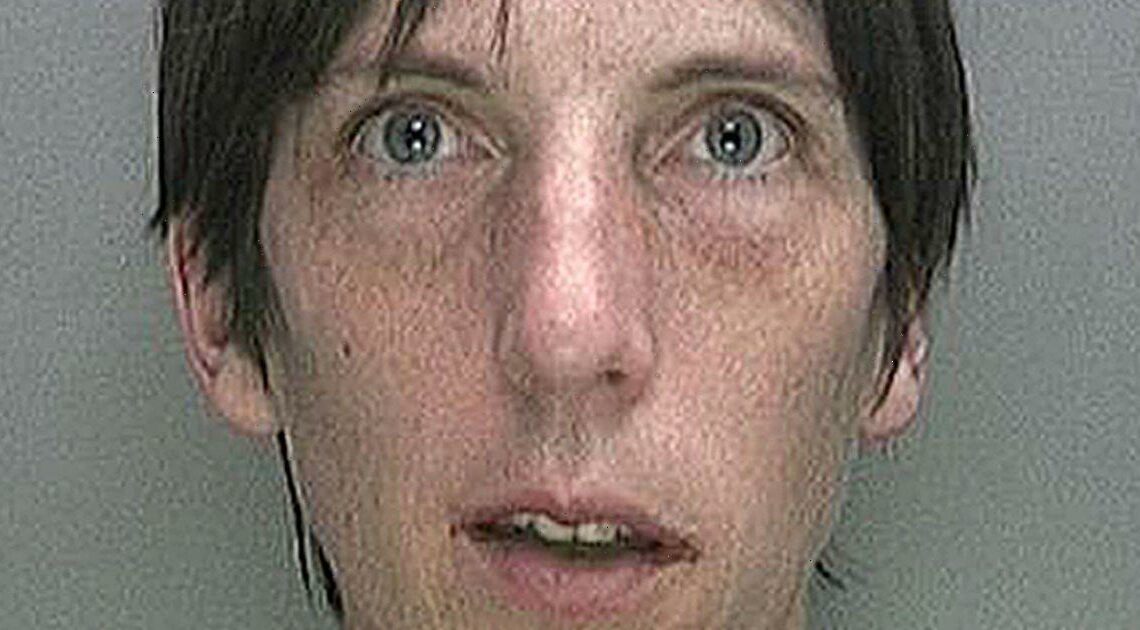 HMP Styal: Women Behind Bars will air on Channel 5 tonight (August 17) at 9pm.

The prison is one of the most unique and controversial facilities in the UK, which is home to some of the country's worst female offenders.

HMP Styal is a Closed Category prison for female adults and young offenders, based in Styal, Cheshire.

As the Channel 5 TV show on the prison airs, we take a look at HMP Styal's most notorious inmates.

Brockhill, an amateur boxer and security guard who called herself the “number one psycho”, punched the toddler to death in Keighley, West Yorkshire, on September 22, 2020.

The murderer also laughed in the dock as the judge announced her sentence.

Her girlfriend Frankie Smith, mother of Star, was jailed for eight years for causing or allowing the death of a child, but was cleared of murder.

Frankie's sentence was then increased to 12 years earlier this year by the Court of Appeal after it was referred for being unduly lenient.

Corinna Smith murdered her husband in 2021 by mixing boiling water with three bags of sugar and pouring it over her sleeping husband, who later died in hospital.

The 59-year-old, who lived on Highfield Road in Neston, filled a bucket with two kettles' worth of boiling water and 3kg of sugar after hearing claims from her daughter that her husband, Michael Baines, had preyed on her two children when they were younger.

She poured the bucket's contents over her 80-year-old husband while he was sleeping and then went to her neighbour's house to raise the alarm.

Her neighbour then called 999 after hearing her say "I’ve hurt him really bad, I think I’ve killed him".

Police officers arrived at the home and found Baines in excruciating pain, whimpering in bed with the skin on his right arm and hand peeling off.

He was then taken to hospital and remained in the burns unit for two weeks in a stable condition before he deteriorated and died.

Prosecutors said the sugar "made the liquid more viscous, thicker and stickier, so that it stays on the skin and causes greater damage, and that is exactly what it did".

Smith was sentenced to life in prison, with a minimum of 12 years at HMP Styal before she can be considered for parole.

Transgender athlete Lauren Jeska was jailed for 18 years in 2017 for stabbing Ralph Knibbs at Alexander Stadium in Birmingham in 2016.

The champion fell-runner attacked the UK Athletics staff member after her eligibility to compete as a female was called into question.

Jeska stabbed the former rugby player in the head and neck, leaving him with restricted movement.

The Bristolian now has difficulty eating and was temporarily blinded in one eye by Jeska.

At that time of the attack, Knibbs was the UK Athletics' head of human resources and welfare, and had travelled to meet with the athlete at her home in Machynlleth, Powys, after she failed to produce samples of her testosterone levels.

She travelled from her home in Wales to Birmingham with two knives hidden in a backpack in order to attack the former rugby player.

Jeska is currently incarcerated at HMP Styal, and will not be eligible for parole until 2029.

Sarah Williams stabbed her mum-of-two love rival Sadie Hartley to death in 2016, and then celebrated by watching Mamma Mia with her friend and accomplice, Katrina 'Kit' Walsh.

Mr Johnson met Williams at the Chill Factore in Manchester, and began a sexual relationship behind the backs of their respective partners.

In a diary that was shared between Williams and Walsh, they recorded that Williams bought a GPS tracker, which she then attached to Johnston's car in order to find out where the couple lived.

Williams and Walsh then travelled to Darmstadt in Germany to buy a stun gun and Walsh was captured on CCTV buying petrol for the Vauxhall Vectra that was used to pick up Williams after the murder.

On the evening of January 14, 2016, Williams arrived at Ms Hartley's home in Helmshore, Rossendale, and lunged at her with a 500,000-volt stun gun, then stabbed her 40 times.

Ms Hartley was found the next day, face down in a pool of blood in the hall of her home.

The toddler was found dead in his blood-stained cot at his mother's flat in London after 60 visits from social workers and police.

Connelly was sent to HMP Styal over the youngster's death after pleading guilty to causing or allowing the death of a child or vulnerable person in 2008.

She was initially released in 2013 but was locked up again two years later after breaking the terms of her indefinite sentence.

Earlier this year, Connelly was released from HMP Styal with more than 20 licence conditions, including living at a specified address and wearing an electronic tag.