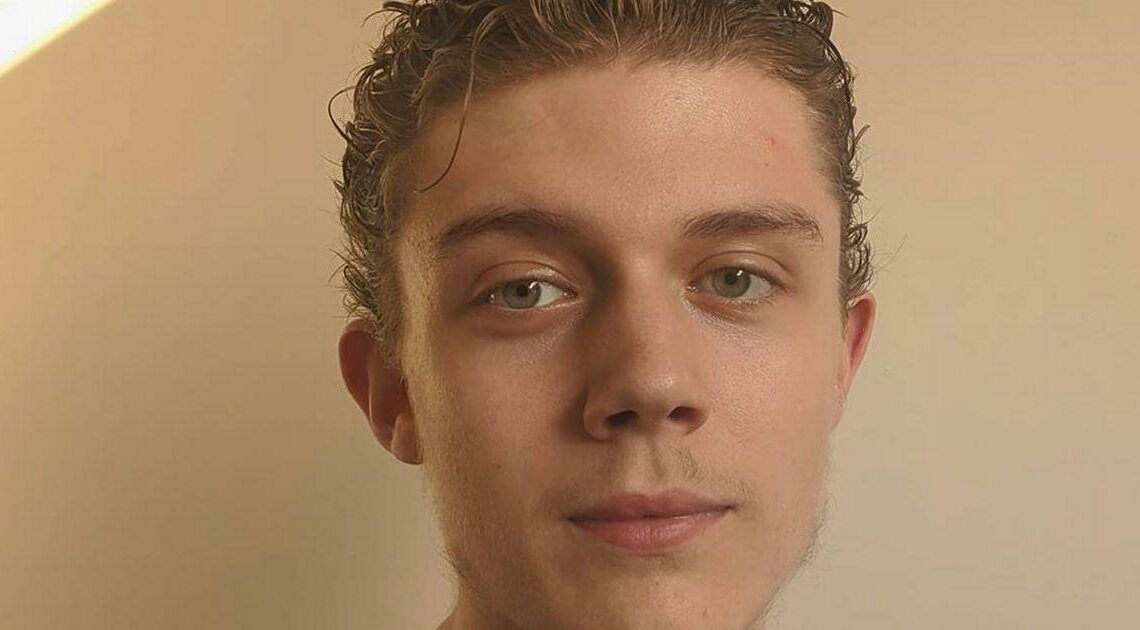 Tom and Yazz's marriage could be on the rocks in Hollyoaks, as the couple's relationship problems begin to escalate.

Tom's sister Cindy Cunningham tries to intervene after she notices that something is wrong between the couple, but will she be able to help them before it is too late?

Since arriving in Hollyoaks, Tom Cunningham has been involved in dramatic storylines including the death of his parents and his brother and a teenage pregnancy with then girlfriend Peri Lomax.

While actor Tom actor Ellis Hollins' life is far less dramatic off-screen, he has still led an interesting life, growing up on the Hollyoaks set, showing off an amazing body transformation and having a link to a famous comedian.

Ellis Hollins rose to fame on Hollyoaks as Tom Cunningham, first playing the character when he was just a baby.

Viewers have watched both Ellis and his character grow up throughout the years, with Ellis eventually branching out to play the role in soap spin offs including Hollyoaks Later, Tom's Life and Hollyoaks: One Killer Week.

The character has become popular with fans, with the actor even being nominated a record six times for Best Dramatic Performance from a Young Actor or Actress at the British Soap Awards.

Outside of Hollyoaks, he has also had a lot of interesting roles outside of the soap, including roles in films including Alpha Male, in which he performed all his own stunts, and short film Powerless.

In 2012, he also played a younger version of Jason Manford on the comedian's TV programme Little Crackers.

Although Ellis has lived his life on screen, he has since revealed that off-screen, he was 'the most truant' child at school.

Talking to Soap Scoop Podcast, he explained that he would attend school and also receive tutoring on the set of Hollyoaks too.

However whenever he was filming, he was noted as being 'absent' from school, instead of 'educated off site', leading him to have one of the highest truancy rates, saying: "The secondary school I went to, they used to write down that it was an absence when I was at work," he said. "It should be 'educated off site' if I remember rightly, because I got three hours of tutoring every day that I wasn't in at school.

"My attendance for the first two years of secondary school was 57 percent and I was apparently, statistically, the most truant child at the school. I had missed school more than anyone.

He added: "Those are the struggles that I grew up with, it had happened through primary school as well. It just became somewhat normal.

It is quite easy to keep up with, it's just difficult at times like when I was doing GCSEs and stuff like that. Most of the time, it was quite straightforward."

Ellis Hollins made a public apology in 2020, after he shared a professional photograph of himself taken on a railway.

Although there were no trains visible in the photograph, Hollyoaks fans pointed out that the photoshoot could influence his young followers over unsafe railway procedures.

Tom soon removed the photograph from his social media pages and posted a public apology, saying: "I apologise for my recent post, it was irresponsible and I was careless to take part in such a dangerous situation, I do not condone in recreational acts in any way on train lines."

He added: "As for clarification on why we shot there, my excuse at the time was me and the photographer had taken into consideration when trains were due to pass, and we had literally miles of visible track either side of us."

In the same year, Ellis Hollins wowed fans by showing off his incredible body transformation on social media.

The actor had been documenting his life in lockdown, and in one photo, Ellis could be seen posing topless in front of a mirror, showing off his toned abs.

Fans went wild for the post, with one saying: "When TF did that happen?", while a second added: "Looking good, keep it up."

However, Jessica Fox, who plays Nancy Hayton in the soap, jokingly said: "*shoves another doughnut into mouth* You and I have approached lockdown in very different ways…"